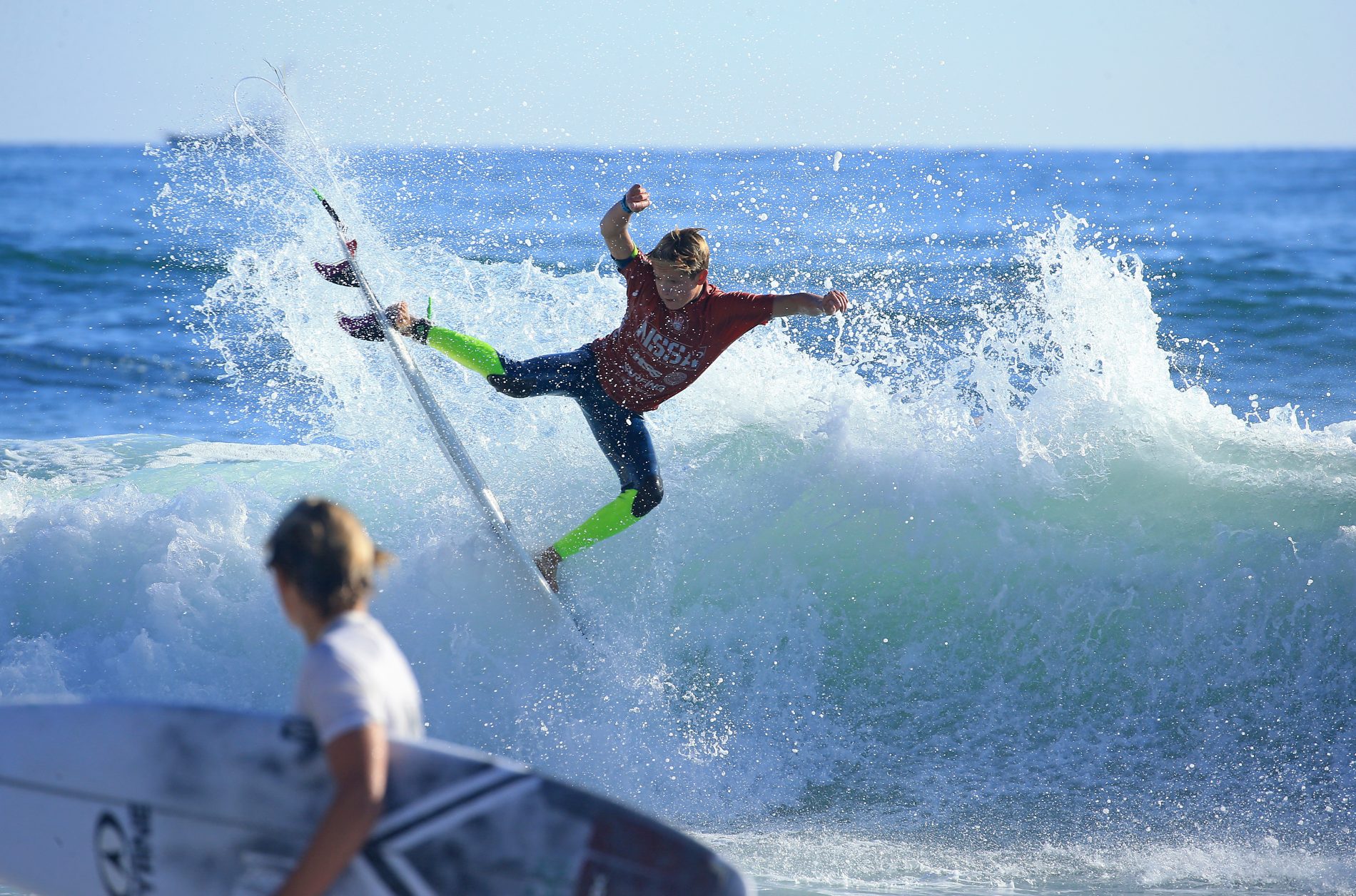 It’s been a good year for the Tritons. First a football title, then a few dance team titles, and now San Clemente High School is home of a national champion surf team. Last weekend, under bluebird skies and a playful southern hemisphere swell at Salt Creek, the best scholastic surf teams in the country gathered for the National Scholastic Surfing Association’s Interscholastic National Championships. By the end of the weekend, the Tritons had captured their 13th national surf title, while Shorecliffs Middle School won their 14th national title.

After claiming respective California state titles back in April, San Clemente High and Shorecliffs Middle School were considered favorites, but their sheer dominance stunned everyone. Last year, Huntington Beach High School won the national title by a handful of points, but this time around, surfing in local waters, the Tritons came ready to exact revenge.

In the varsity finals, San Clemente’s Curran Dand finished third, while teammate Liam Murray finished fourth. On the girls side, Hana Castamanes represented with a strong second place showing to help provide some much-needed points. Blue Engleking finished fourth in the longboard division. That was enough to give the Triton’s a five-point edge on their Orange County rivals to the north and the varsity squad another national title. It was enough to get the ball rolling for the extremely potent junior varsity squad, which ran the table in the final. Sweeping the top five spots, Reef Tsutsui won the division, while Davi Toledo, Bryce Crane, Jacob Atwood and Jaric Fink rounded out second through fifth, respectfully. In the end, the junior varsity team beat Huntington Beach with a final score of 138 to 67. After a performance like that, it’s fair to say the surf forecast looks bright at San Clemente for the next couple of years.

Meanwhile, Shorecliffs Middle School continues to be the premier powerhouse for the next generation. With three surfers in the final, Hagan Johnson took second, while Nico Coli and Dane Matson placed third and fourth, respectively. Unfortunately, none of the ladies at Shorecliffs found their way to the final. Taking a page out of his longboard champion dad’s book, Kai McPhillips won the middle school longboard division for Shorecliffs and Ethan Coleman finished fourth. In the end, Shorecliffs’ A-team ended up beating Florida’s Cocoa Beach to claim their 14th title, while their B-team finished a respectable fifth, followed by Marco Forester Middle School in sixth.

“What a day! It was a 14-hour battle at Salt Creek, but in the end, Shorecliffs ended up taking its 14th NSSA national title,” said Shorecliffs coach David Hennings.

In the college ranks, it was once again Point Loma Nazarene University taking the title, while local Saddleback Community College finished in fourth place. The high point for the Gauchos team came in Kevin Skvarna’s big win in the longboard division.

“So stoked to take my first NSSA College Longboard National title today,” beamed Skvarna. “Thank you to my family for coming down and supporting me. You guys are the best. Also, Saddleback and Lindsay Steinriede for being the raddest coach. Yeeew!”

Other notable placements in the area include Dana Hills’ Danny Kenduck, who won the high school division (see Grom of the Week, June 15-22). Thanks to his effort, he was able to carry his squad to fourth place overall in the high school varsity division. Laguna Beach High School finished third overall.