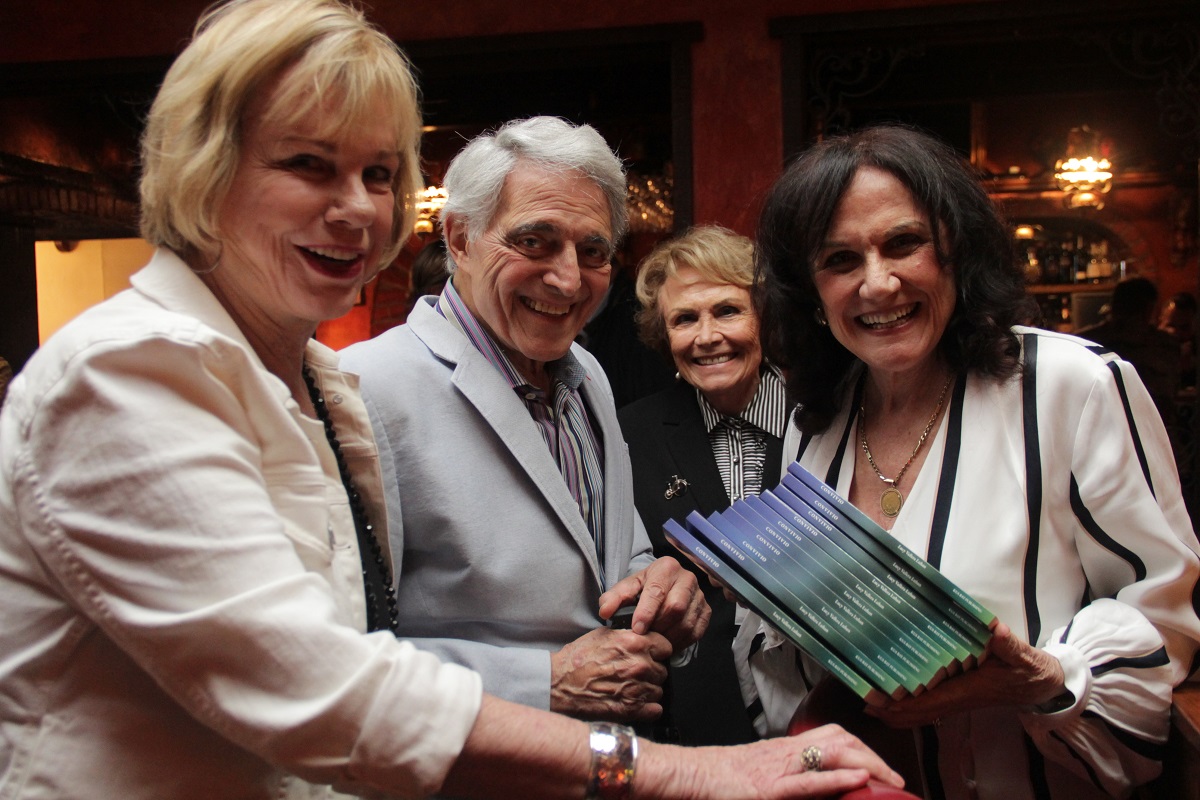 Dozens of people came out to Luciana’s Ristorante to celebrate the release of Lucy Ann Vallera Luhan’s new book, Convivio, on Wednesday, April 3.

Luhan, a restaurateur who opened Luciana’s in 1983, described Convivio as a family story that emphasizes the importance of having dinner around the table.

“We do have these meals, and we felt our grandchildren would never believe years ago that we sat at the table for an hour and half,” Luhan told Dana Point Times during her book-signing event.

In the book, Luhan, who also goes by Lucia, compares American food culture to that of Italian food culture, using her family’s experience as an example. Some of the key points she makes in the book, she said, are that people should know exactly what they’re eating, that it’s important to read labels, and that children should be taught how to cook.

“My conclusion was food in America is not a priority,” she said. “If there’s no mentor in the kitchen, like a mom or grandmother, to teach you how to make something out of nothing . . .  they’re more (likely) to go out and buy something, buy industrial food, because they hadn’t had anyone to show them or teach them.”

Luhan said she hopes those who read the book get a better understanding and appreciation of food culture.