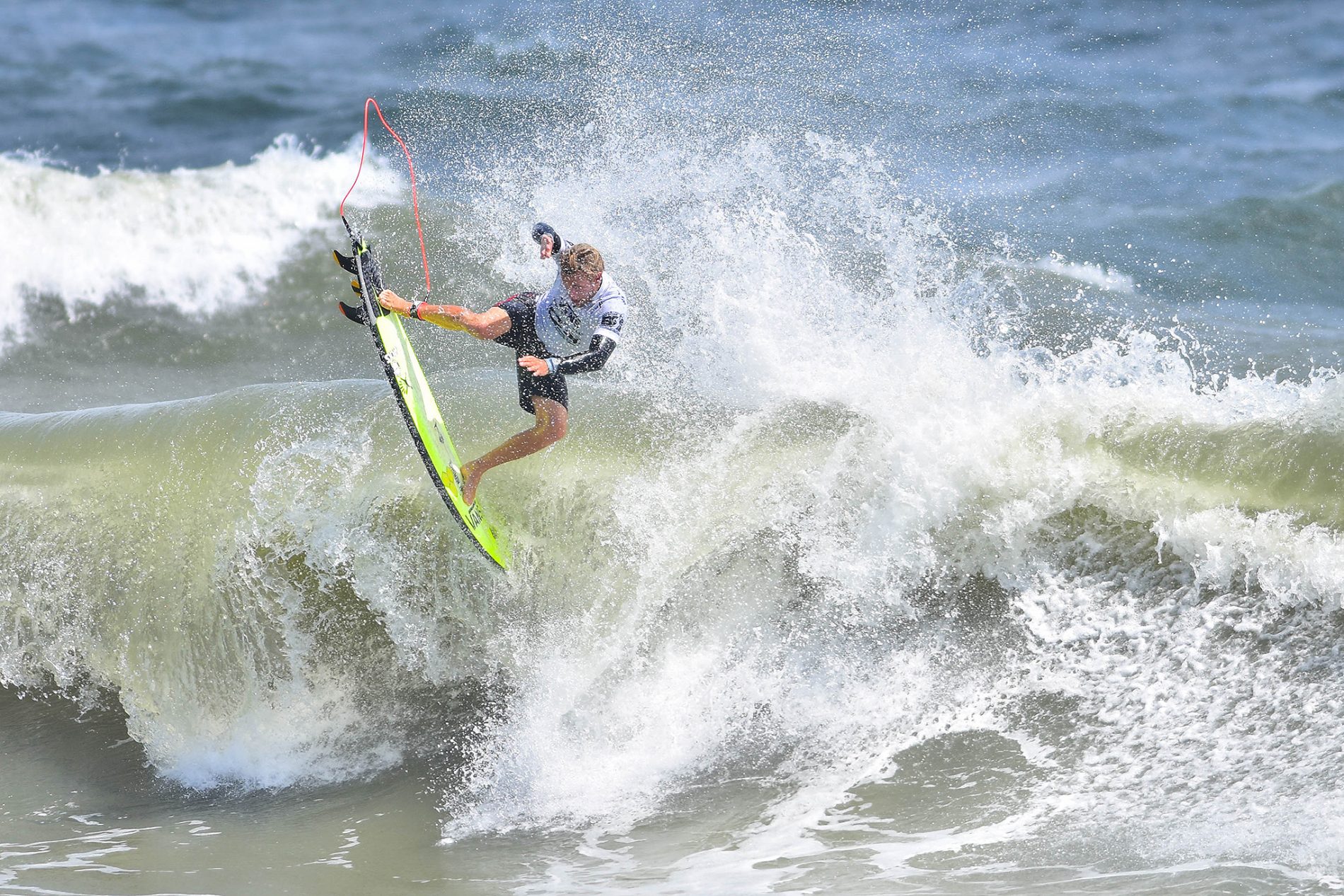 For Lovers and Surfers: Virginia Beach welcomes local surfers with open arms for the Vans Pro

All those small days at T Street are paying off for San Clemente’s world tour hopefuls. Hunkered down back in Virginia Beach for the Vans Pro for the last week, what the contest lacked in pumping surf it more than made up for with local success.

Taking the win was Hawaii’s Keanu Asing. Utilizing San Clemente as a home base during the WSL season, it was his third victory this year and gets him back into the QS’s Top 10.

“The stars just aligned in that final after getting through some tough heats today and I just found my rhythm so I couldn’t be happier,” Asing said afterward.

Facing Pat Gudauskas, Evan Geiselman and recent U.S. Open champion Kanoa Igarashi in the final, Asing put the pieces together to come away atop the podium.

“(They are) three ex-champions for a reason, so I took them very seriously,” continued Asing. “I have the utmost respect for them, and you can never take your opponents lightly. This is my job day-to-day and I take this very seriously, and I’m here to win.”

For local boy Gudauskas, this was his third Vans Pro Final. He won the contest in 2013 and finished in third place last year. Earning a perfect 10-score in the semifinals, he appeared to be the man to beat but couldn’t put all the pieces together in the final.

“It’s always a challenge here, and I feel like this year the field was the best it’s been all the years I’ve been here,” Gudauskas said. “Making it to the finals was great and I really wanted to win that one, but I feel good with second and getting some good points.”

Other San Clemente surfers that made their presence felt included Griffin Colapinto, who made the semifinals, and Tanner Gudauskas and Kade Matson, who made the quarters.

Up next for the WSL QS warriors is the all-important European leg. Colapinto’s sitting in fifth, Pat Gudauskas in ninth. If they can put a solid back half of the season together they could very well graduate to the Dream Tour in 2018.