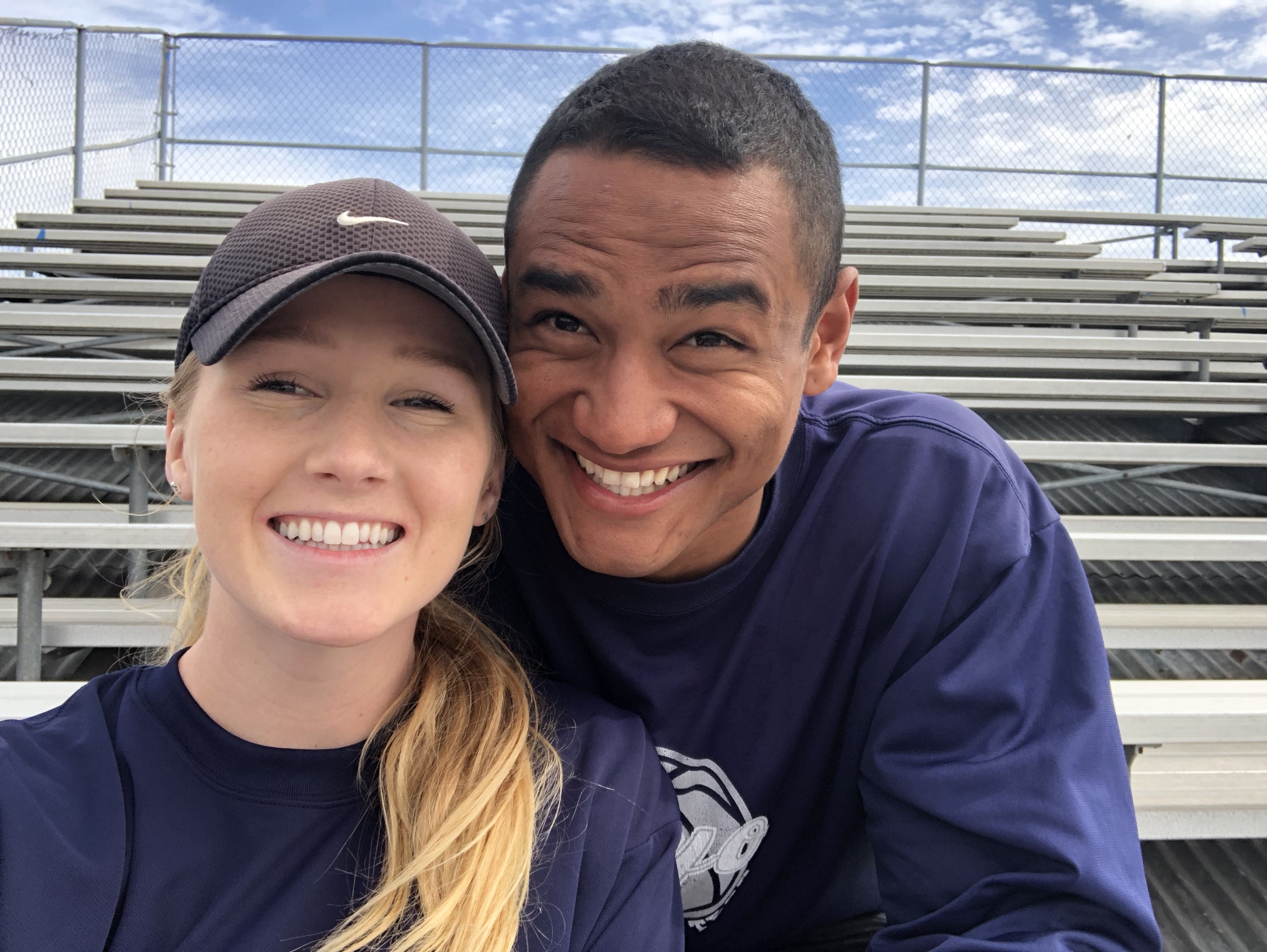 Neither Anna Gillis nor Eric McArthur Jr. knew what they were getting into or where they would end up going when they picked up the hammer throw at Saddleback College.

Neither had any direct connection to the hammer throw. Gillis threw shotput and discus at San Clemente High School, but hammer throw isn’t orchestrated at the high school level. McArthur wasn’t on the track team at Dana Hills High School, and after a quick attempt, he had no interest.

“I remember picking up my sister from track practice at Dana,” McArthur said. “A coach told me to pick up the discus and throw it counterclockwise. I just straight up ducked it. It never worked out.”

Both were eventually pulled to the Gauchos’ throwing ring by throwing coach Shaun McGinley with Gillis as a recruit and McArthur by his hammer-throwing sister. While both were throwers by choice, the hammer discipline wasn’t as much of a choice as it was an expectation.

“It’s (McGinley’s) specialty,” Gillis said. “He really pushed it on us. If you’re at Saddleback, you have to throw hammer, basically. The other events are thrown to the side.”

Neither Gillis nor McArthur realized then the power the hammer would wield in their lives. The hammer throw opened up opportunities, provided a love connection and is now sending both Gillis and McArthur to the University of Wyoming on athletic scholarships.

Hammer throw is a very particular discipline in track and field. It’s not pure brute force or athleticism. It’s a combination of strength, technique and physics.

“It’s probably the hardest thing I’ve done in my life,” Gillis said. “There’s so much technique and effort, but not enough effort to mess it up. The other throws you just go out and throw it. It’s more of a fluid motion. It’s really pretty (the throwing motion) once you get.”

Then came the love connection, but it didn’t come with a “meet cute” or a grand gesture.

“We were kind of just friends just going through the throwing process,” McArthur said. “There was a two-three week period where I hung out with her every day. It was kind of mutual. I didn’t really ask her out formally. I think I just kind of came to the realization that I liked her a lot.”

“I think I asked her ‘are we dating?’” McArthur said with a laugh.

That was two years ago.

Gillis and McArthur leave on Aug. 13 for Laramie, Wyoming, the small town they fell in love with on their official visit and will call home together for at least the next two years.

All thanks to the power of the hammer.