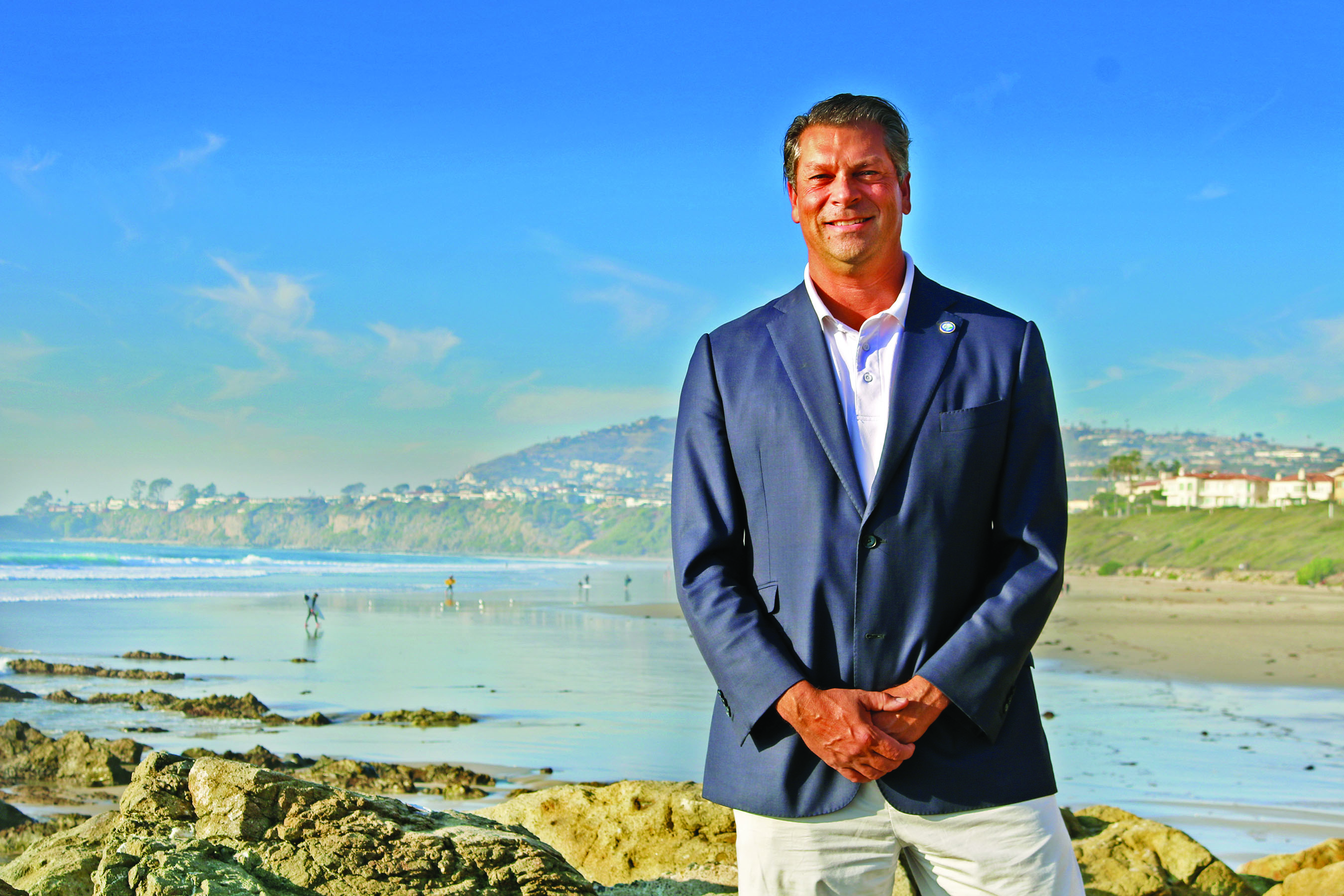 After Mayor Joe Muller’s re-election and induction in December, Dana Point now embarks on 2019 with new leadership. With a series of milestones accomplished in his first term and the year 2018, Muller hopes to continue the city’s momentum.

Muller was first elected to Dana Point City Council in 2014. He previously worked in sales at an education software company and started a consulting business, where he helped obtain state and federal funding for education products.

“We did a lot in my first term, like getting the Town Center project finished and helping the county get the harbor deal done,” Muller said. “We have a lot left to do as far as economic development for the city. We haven’t finished Doheny Village. That’s probably my highest priority, along with addressing sober living homes and homelessness.”

When asked if Muller will bring a different approach to his second term, he says his experiences during his first term brought him more confidence in his decision-making.

“When you first get on, you make a lot of silly mistakes, with not understanding procedure or how things will be perceived. And you try to please everybody. But you soon realize it doesn’t matter what decision you’ll make, somebody is going to be upset. That was one of the things I had to learn,” Muller said. “I can’t be all things to everybody; that’s unrealistic. I just have to stick to my values.”

“I think the contentiousness in this election was more about national politics and people trying to take a side with Democrats or Republicans. I think it’s already started to calm down on social media,” said Muller. “The conversations I’m having with people are productive. It’s all about exchanging information and ideas. We’re not always going to agree.”

Muller says that, overall, he wants to focus on the bigger picture.

“I don’t get caught up in having to accomplish something in my year as mayor, as long as the bigger objectives get completed during my tenure.”

“I’m looking towards not doing different types of events but maybe bringing bigger acts to an event. It’s about quality over quantity. We need to put more focus on our big events and capitalize by adding more vendors or collaborating more,” Muller said.