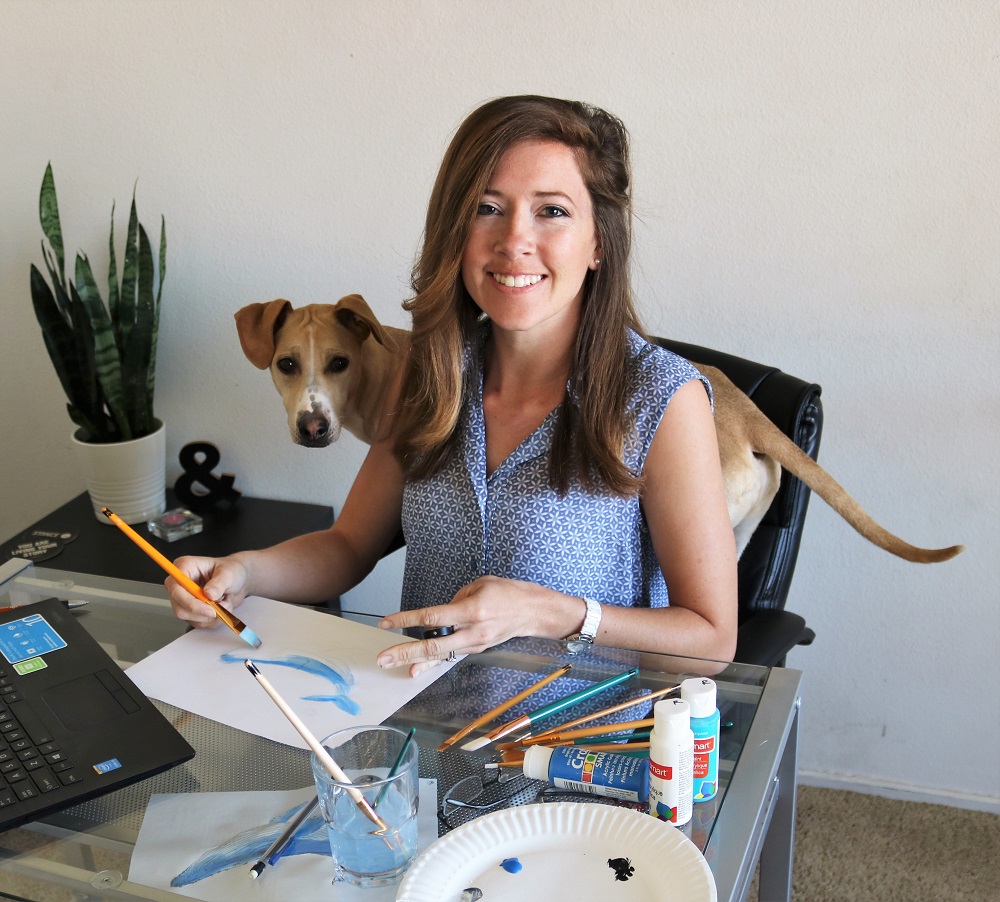 Logo for Next Year’s Festival of Whales Announced

Robyn Rogers’ fascination with whales began when she was about five years old. Her older brother had been preparing for a school project on whales when he had Rogers hold one end of string as he unraveled it about 100 feet – roughly the size of a blue whale. Now at 27 years old, Rogers has been announced as the artist chosen to create the official logo for next year’s Festival of Whales.

“The Festival of Whales Foundation Board became fans of her work when she entered a past year’s logo design contest,” said Festival coordinator Andrea Swayne. “Her gorgeous portrayal of a whale in motion is a beautiful addition to the Festival’s tradition of highlighting an original work of art as its logo each year.”

The Festival of Whales, a yearly event Dana Point, is a celebration of the annual migration of the California Gray Whale.

In past years when the logo was chosen via an art contest, dozens of artists submitted entries for the chance to have their design featured throughout the Festival, including event merchandise. Rogers’ entry in a past contest is what caught the eyes of the Festival of Whales Foundation Board, leading to her becoming the artist of choice for the 48th annual event.. While this upcoming year’s artist isn’t native to the coast, her appreciation for the deep sea has continued to grow since childhood.

“Seeing how long that unraveled string was really put into perspective how majestic and mysterious whales are, or any creature in the ocean. And to be involved in designing for this event that honors these beautiful creatures … it’s an honor,” Rogers said.

Rogers was born and raised in Kansas. She grew up in Overland Park and went on to study graphic design at Benedictine College in Atchison, Kan.

“As a professional graphic designer, I’ve done a lot of marketing and advertising for corporate clients. This was a chance for me to get back to the mediums I love and to really stretch my wings,” Rogers said. She used acrylic paints on a canvas for her design entry before digitizing it on a computer.

While in college, Rogers met the man she would eventually travel across the country to San Clemente to be with. Her husband Case Tierny had been deployed to Camp Pendleton and Rogers soon joined him in 2016.

“On our days off, we’d explore up and down the Southern California coast,” she said. “I’d find myself looking out on the water always trying to catch a glimpse of a fin or a tale out on the water.”

The 2017 Festival of Whales in was one of the many coastal adventures Rogers and Tierney would make the most of and her inspiration for taking a shot at the logo contest.

Rogers and Tierny now live in Twentynine Palms for his current deployment – the next best option after Camp Pendleton, Rogers says. “I wanted to be as close to Dana Point, San Clemente and the area as possible. I still try to make a trip out as often as I can.”

Rogers is making big plans around Festival of Whales. Her parents and in-laws are flying out in light of her 2019 logo design. “We’re making a big vacation out of it. I can’t wait.”