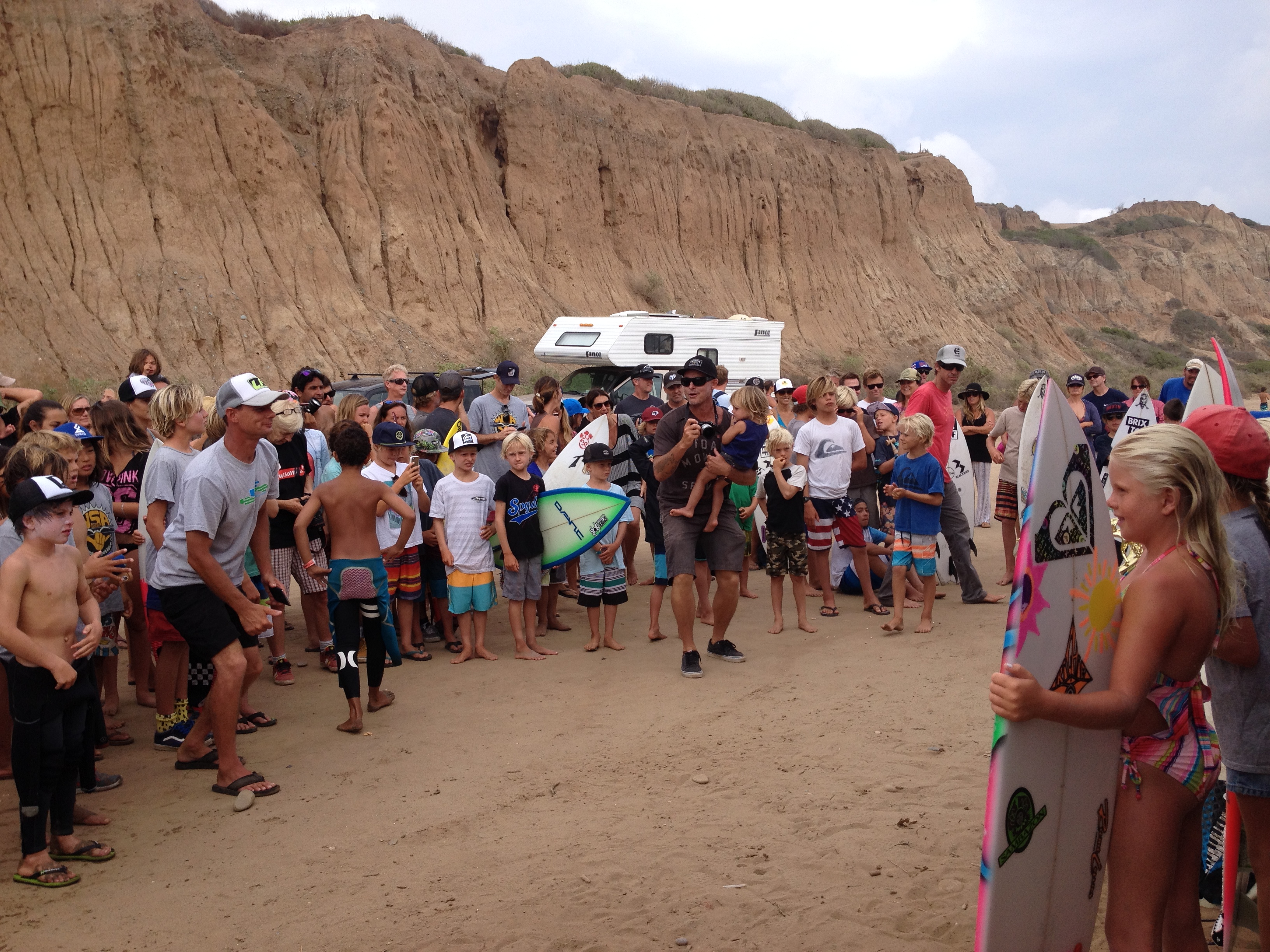 Thirty-four, hailing from Dana Point, San Clemente and San Juan Capistrano, made their first podium appearances of the 2014-2015 tour, taking home trophies in 17 of 27 divisions at event No. 1, held on Aug. 3 and 4.

“Despite a little bit of rain, high humidity and hot weather, we had good waves and good vibes all around,” said WSA Executive Director MaryLou Drummy. “It was nice to see so many new faces. What a great start to the new season and we’re really happy to see the tour continuing to grow.”

With nearly 450 entries, including those surfing in multiple divisions, sign-ups were up 20 percent over last year’s season opener.

Division winners from the tri-city area included Dana Point’s Ricky Fodor in Junior Longboard U18 and siblings Sawyer Lindblad and Taj Lindblad of San Clemente, in Micro Grom Girls U10 and Boys U12, respectively. Other first-place finishers, all from San Clemente, were Kirra Pinkerton in Girls U14, Malia Ward in Girls U18 and Kei Kobayashi in Open Men.

The season opener marked the introduction of a few changes to the division offerings. The Micro Grom U9 Push-in division, previously co-ed, was split into two, offering a separate platform for boys and girls. The girls division was expanded to U10. The Boys/Girls U10 shortboard division remains. A women’s 18+ shortboard division has been added, as well as Kahunas 60+ Shortboard and Women 18+ Shortboard. With the addition of Kahunas, the Legends division was changed from 50+ to 50-59.

Stop two on the WSA tour is set for Sept. 20 and 21 at Surfers Point in Ventura.

For more information on the series, visit www.surfwsa.org.