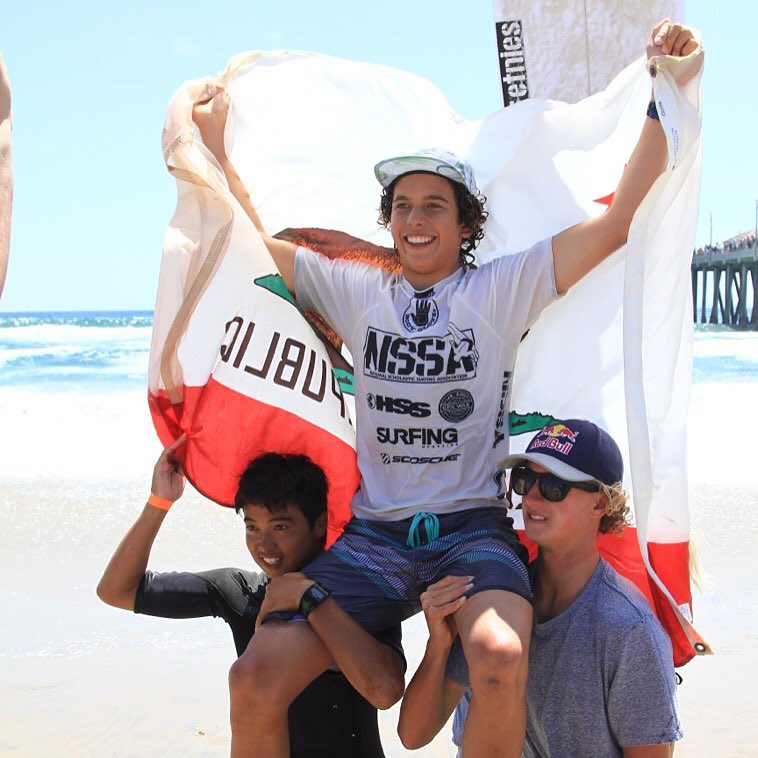 Over the course of five days, the world’s best young surfers convened at Huntington Beach for the NSSA 2016 National Open Championships.

And unsurprisingly, local surfers did our cities proud by not only making the national championships, but winning and placing high in several competitions.

San Clemente’s Cole Houshmand continued his tear through the junior ranks with a first place finish in the U15 Open Juniors competition. Cole finished third in the Boys U18 final last week in the USA Surfing Championships. He was also named to the 2017 Junior USA Surf team.

Taj Lindblad of San Clemente pulled in a fifth place finish in the packed U12 Explorer Menehune competition.

Lindblad, Matson and Matson were each the highest local finishers in their respective competitions.

San Clemente’s Kirra Pinkerton put on another sensational showing in the U14 Open Girls competition. She ended up with a solid second place.