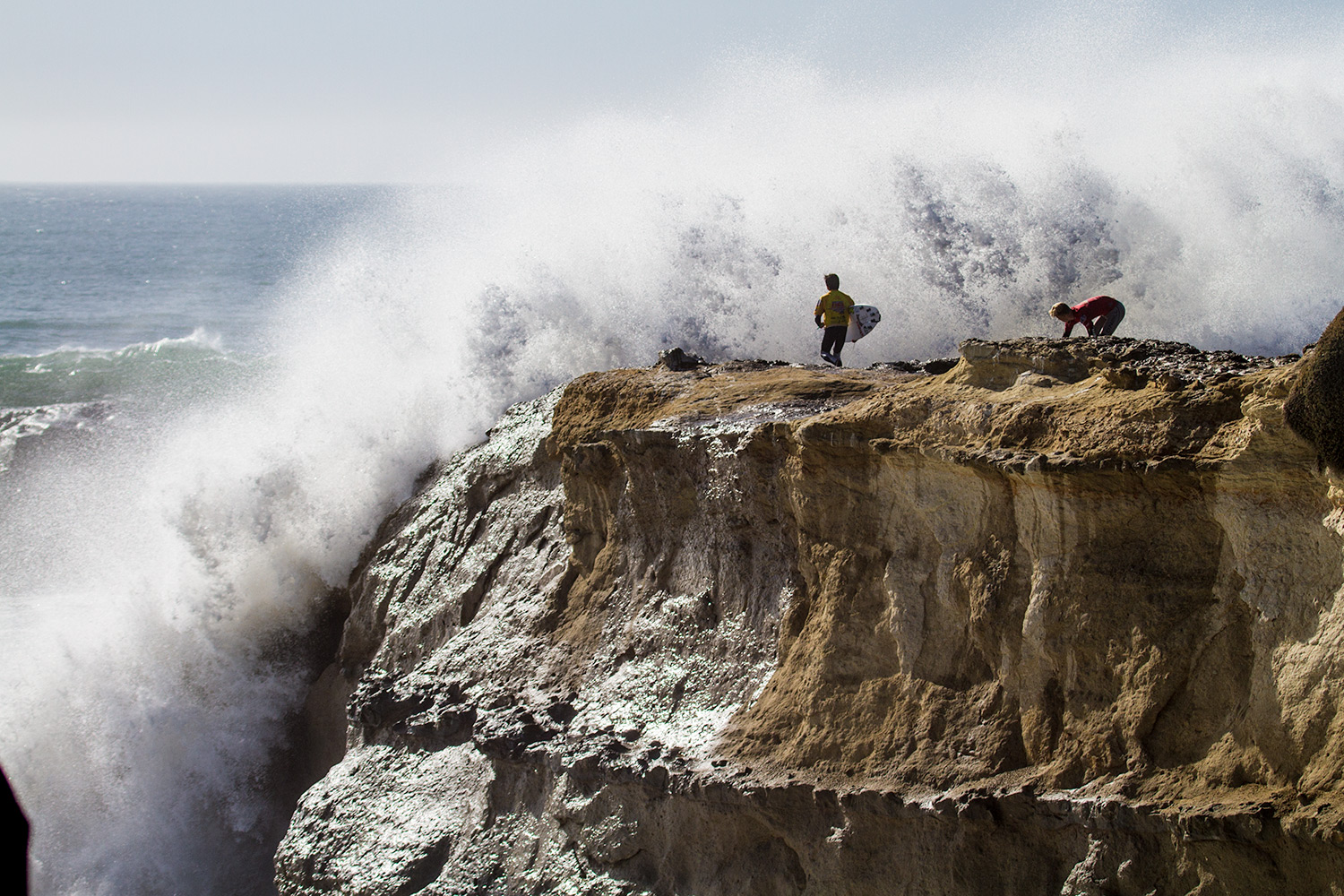 Competing at Steamer Lane is a rite of passage on a young surfer’s budding career path.

For first-timers, jumping into the lineup from the rocky cliff at the point can be intimidating enough, but when the Pacific delivers huge waves, even the most experienced athletes must turn up their focus and fight back feelings of intimidation and even fear. Last weekend about 100 contest surfers under the age of 18 did just that, and five locals were among the finalists.

For Surfing America Prime athletes, huge and unruly surf at the famed Santa Cruz surf break challenged comfort zones and required an advanced level of athleticism on January 12, day two of event No. 4 of the series.

A west-northwest swell brought waves in the overhead to 7-foot range on Saturday and then built up to the 10- to 12-foot range with occasionally larger sets on Sunday. Heavy currents further complicated things, often making it necessary for surfers to exit the water and do the “run around” back to the point to catch more waves.

Two San Clemente girls fought through to the finals. Tia Blanco turned in a second-place finish in Girls U18 and Malia Osterkamp took fourth in Girls U16.

In boys’ competition, Crosby Colapinto of San Clemente put on a stunning performance to take the win in the Boys U14 division. Kei Kobayashi, also of San Clemente, took fourth in Boys U16 and Capistrano Beach’s Luke Davis was the Boys U18 runner-up.

Davis said he was definitely pleased to make the finals but felt like he and his fellow surfers were not able to get their share of waves due to the conditions.

“It was definitely interesting and challenging to say the least. It was too big and out of control to really surf to our potential,” Davis said. “With waves easily in the 15-foot range at Middle Peak, it was more like you against the ocean, not you against the competitors. I was really hoping for a win at the Lane but I’m glad that Ben (Coffey) got the win in front of his home crowd.”

The next Surfing America Prime event is scheduled for February 8 and 9 at San Onofre State Beach, Upper Trestles.