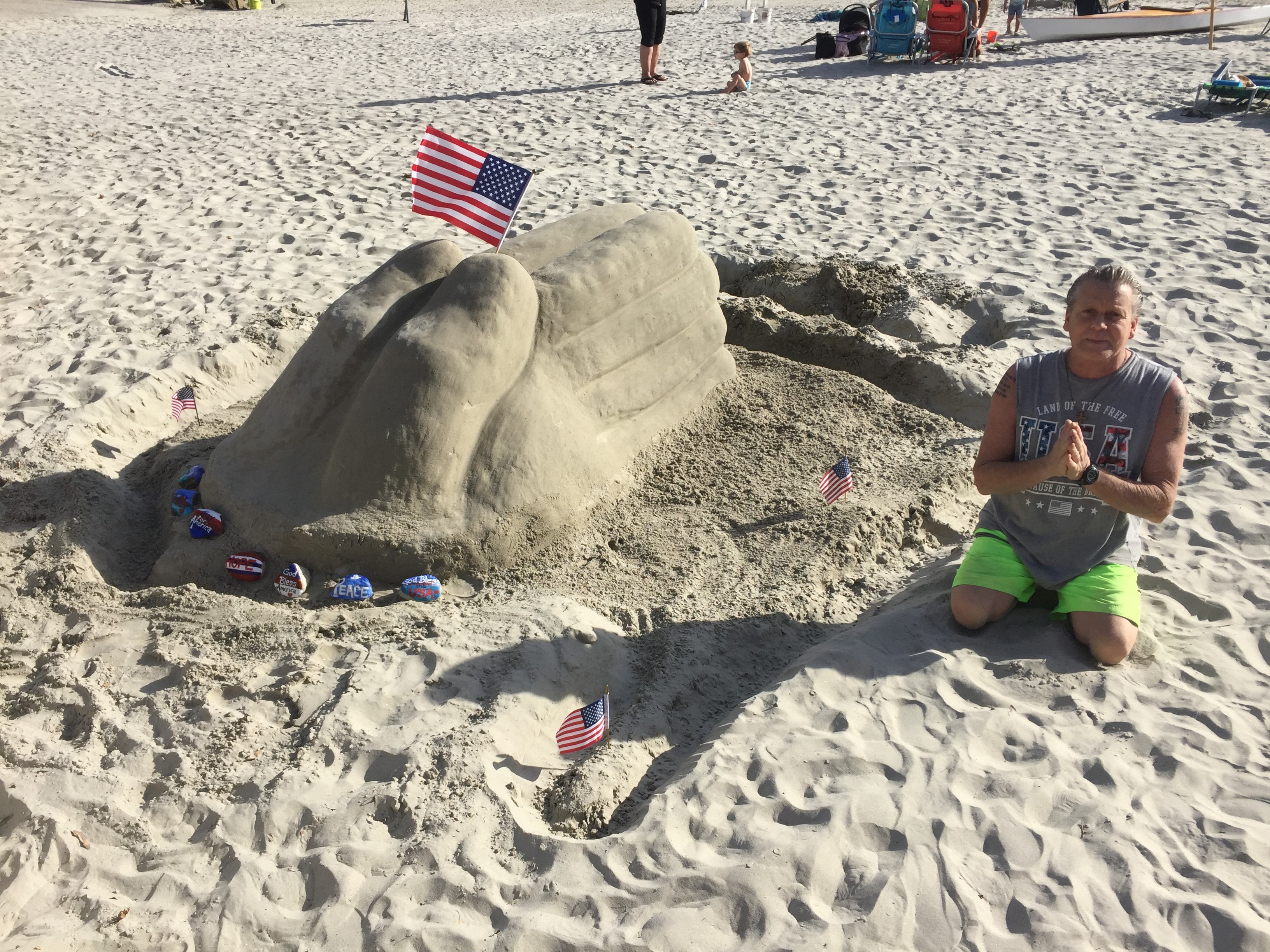 Local Sand Sculptor Calls for Prayer over State of the Country

On Saturday, Jan. 26, Bellamy could be seen at Baby Beach in Dana Point creating a sand formation of praying hands on top of an outline of a United States map whose familiar borders he had etched into the beach.
Bellamy said God speaks to him and that inspiration for his sculptures comes at random. But a few national issues influenced his latest work, such as the federal government partial shutdown, the recent state law passed in New York that allows for abortions to be performed after 24 weeks, and the overall direction of the country.

“Our country needs prayer. Our president needs prayer,” Bellamy said. “I’m very strong in my faith, and I know that prayer works.”

The praying-hands sculpture took about three and a half hours for Bellamy to construct. His sculptures have drawn attention in the community before. On Easter weekend last year, Norton sculpted a 12-foot crucifix, with a likeness of Jesus nailed to it, on the same beach. And on Memorial Day, he sculpted a Battlefield Cross to honor service members lost in the line of duty, for which Dana Point VFW Post 9934 gave him special recognition.

Bellamy says he worked as a tile and marble mason for 35 years, and that profession helped him understand the right level of moisture needed to sculpt sand.

“Everything I’ve envisioned, I’ve been able to sculpt,” he said. “It’s a God-given gift, and I’m going to continue carrying out what God tells me to do.”

Bellamy plans on sculpting another crucifix scene at 5 p.m. on Good Friday, April 19, at Baby Beach. All are welcome to attend to watch him create another timely sculpture.