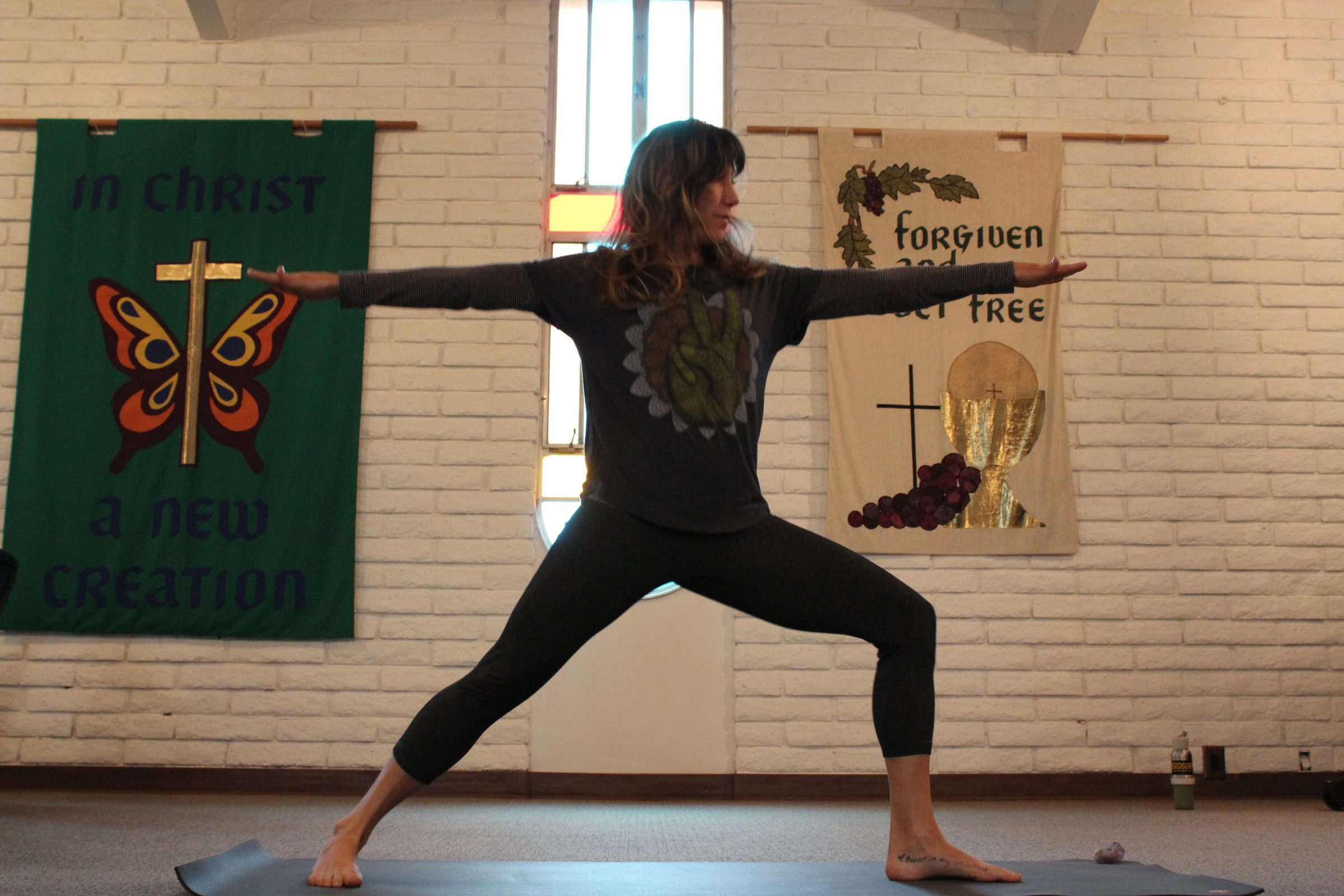 Stacy Volkart has been certified in teaching yoga for about a year and a half, but recently started teaching a class at Christ Lutheran Church a few weeks ago.

“Some of the neighbors in the area, and one of them is my client, brought the idea forth to me,” Volkart said. “She said, ‘We have some people who want to start yoga,’ and they were asking me if I knew anyone. I said, ‘It just so happens I could do it.’”

Volkart approached Pastor Branda Bos about the idea, and the plan was set.

“We’re working out the kinks of time frames at this point,” Volkart said. “This will be shifting; it seems like it’s working, but I want to facilitate to the masses for whichever time frame works for the group.”

Volkart’s ultimate goal is to inspire and encourage people to take care of their body, mind and soul. “With this practice you can do that,” Volkart said.

“You have to engage your body in a way that keeps it strong and healthy as well as finding the moments to keep our mind and bodies at rest,” Volkart said.

Volkart’s classes start out easier to accommodate beginners, but Volkart said as the year goes on, and practitioners develop skill, she will add more depth to the sessions.

“It’s really simple moves right now,” Volkart said. “My goal is to just help them open up and ease into their day.”

Cost for the class is $5 and part of that will be donated to the church.

“It makes it more accessible,” Volkart said. “It’s something Pastor Brenda and I talked about, making it easier for people who don’t have the financial surplus to do stuff like this. I think it hinders a lot of people from even trying it because they think it’s too much money.”

In the future, Volkart said she hopes she can bring some other instructors on board to show people the different techniques of teaching and practices.

“There are so many people out there practicing and teaching and all the different avenues, so people can see what every different person brings to the practice but it will also open people’s minds,” Volkart said.

She would also like to have a wide range of ages involved in the group.

“It would be nice for the seniors to feel like they have something to go and do in the area,” Volkart said.