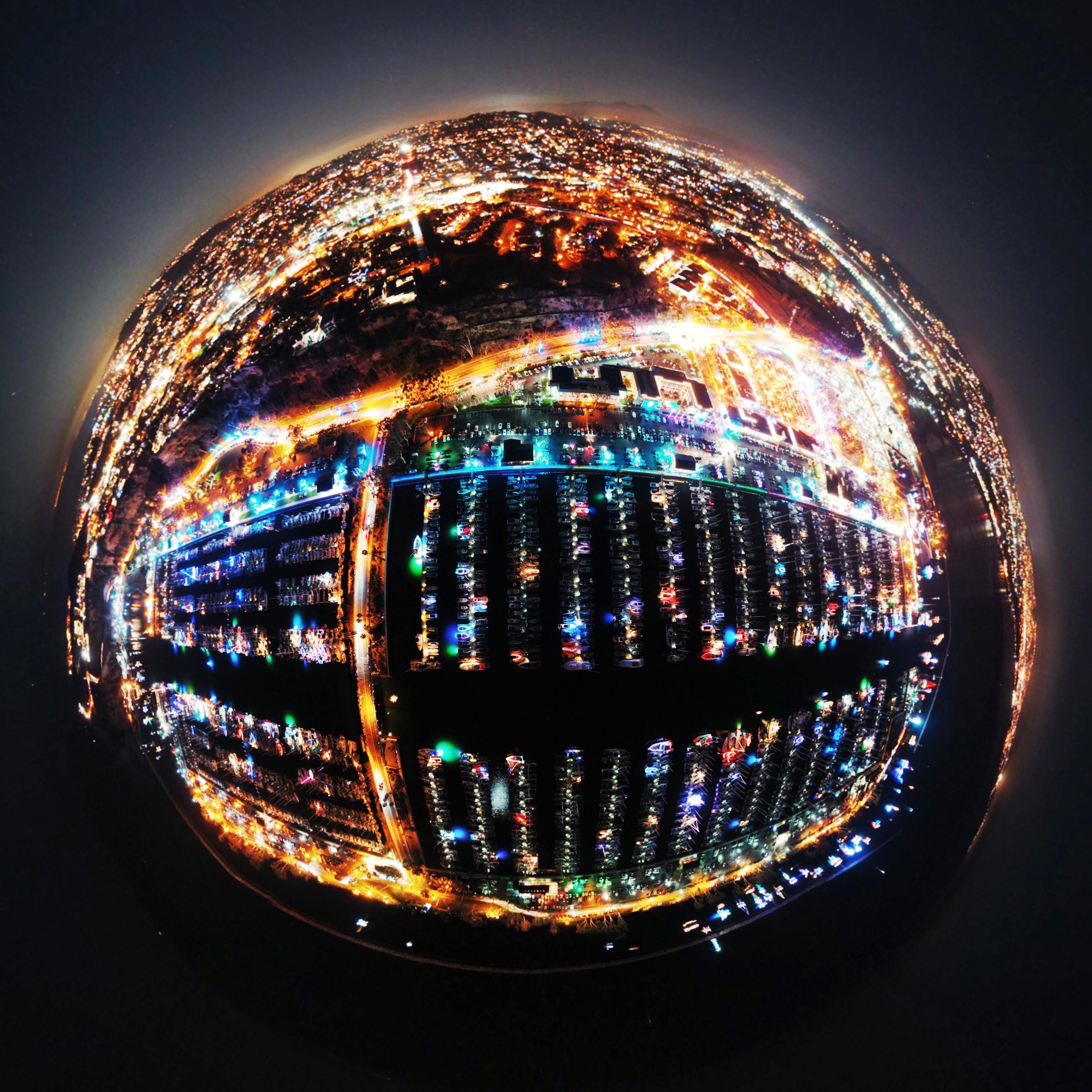 Tom Prince, on Instagram as @360prince, combines the surreal and cylindrical point of view to his artwork online.

An avid hobbyist, Prince said he enjoys the various angles and perspectives he can create through 360-degree imagery, like the images he created of the Dana Point Harbor Boat Parade of Lights.
“I love capturing the difference images, and I do it all the time,” Prince said.

Images taken by prince to make the 360 effect have to be stitched together, but the hardware Prince uses can do it for him with a little tweaking. The camera has two fisheye lenses, situated back-to-back, that shoot omnidirectional and splice the images together.

The two cameras Prince uses are the Madventure 360 and another 360-degree camera for drone photography.

Prince said he’s been doing photography since he was a child and that his brother photographs professionally. Prince is able to bend the image and controls the framing by an app on his phone.

“It’s something different and unique, and there are a lot of good photographers out there,” Prince said. “I think the one thing that inspires me are all the people who take photos and post them. I think people are really creative, the apps help people be more creative, and I think it’s just a lot of fun to create something different that maybe catches people’s eye.”

Technology may deserve a lot of the credit, but it’s still essential to have a good eye to be able to create the images Prince has put together.

Prince said the hobby is like photography in general; there are high-end cameras as well as affordable options in the $99 range.