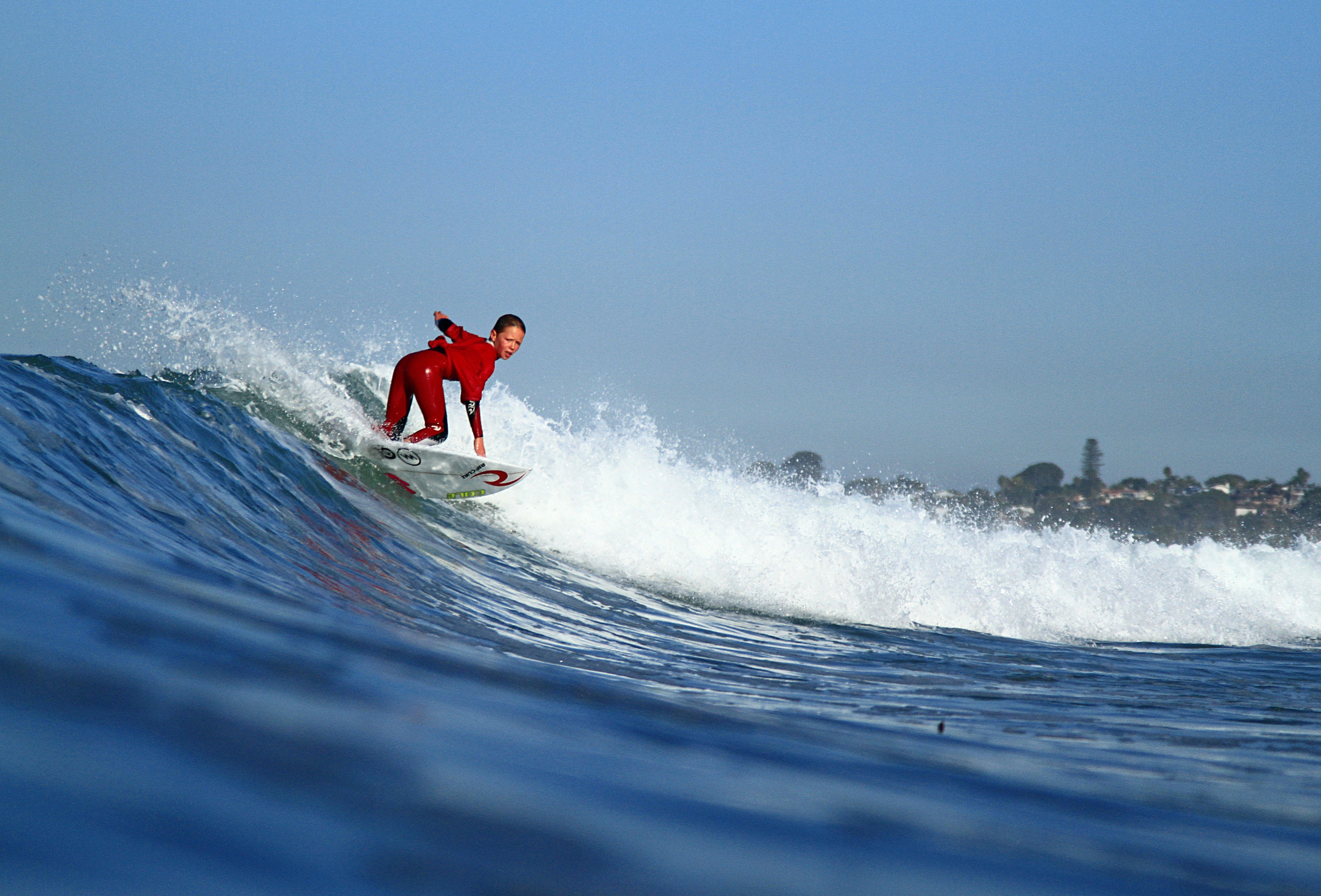 San Clemente-based surfers won four of the six divisions at the December 21-22, Seaside Reef contest and claimed half of the 24 total finalist spots.

Jett Schilling, 10, took his sixth win of the season to add to his undefeated record in the Mini Grom division. With a two-wave score of 14.83 (out of 20), Schilling sailed past runner-up Levi Slauson’s 10.17.

Schilling said the 2- to 4-foot clean waves made the entire event a fun time, even though the wind picked up in the finals.

“The wind made it a little harder to get a wave so I just tried to pick the best waves, go to the corner where it was better and surf on the inside more. I just did the best I could and I have a lot of support. I couldn’t do this without my parents, my sponsors, Cole Surfboards, Rip Curl and Electric, Kevyn Dean at DSC and my brother Malik who takes me surfing all the time,” Schilling said. “It feels super good because I really want to stay undefeated. I plan to keep on surfing every day and working hard and eating healthy so I can keep getting better and be the best I can be.”

Schilling was one of two who made the finals in two divisions, with a fourth-place finish in the Boys division. Kei Kobayashi was also a double finalist, taking third in both Men and Juniors.

Another stand-out performance was delivered by Jordan Kudla, 17, who won his first NSSA Open event in the Men’s division.

Kudla’s high-flying final impressed the judges and the crowd and earned him an impressive score of 15.70. The all-San Clemente heat was stacked with some of the NSSA’s top men—runner-up Kevin Schulz (13.67), third place finisher Kobayashi (7.17) and Colton Ward in fourth with a score of 3.63.

NSSA officials called Kudla’s aerial display a “breakout performance” and honored him as the association’s Surfer of the Week.

The next NSSA Open contest, Event No. 7, is set for February 1-2 at Salt Creek Beach in Dana Point. For more information, see www.nssa.org.