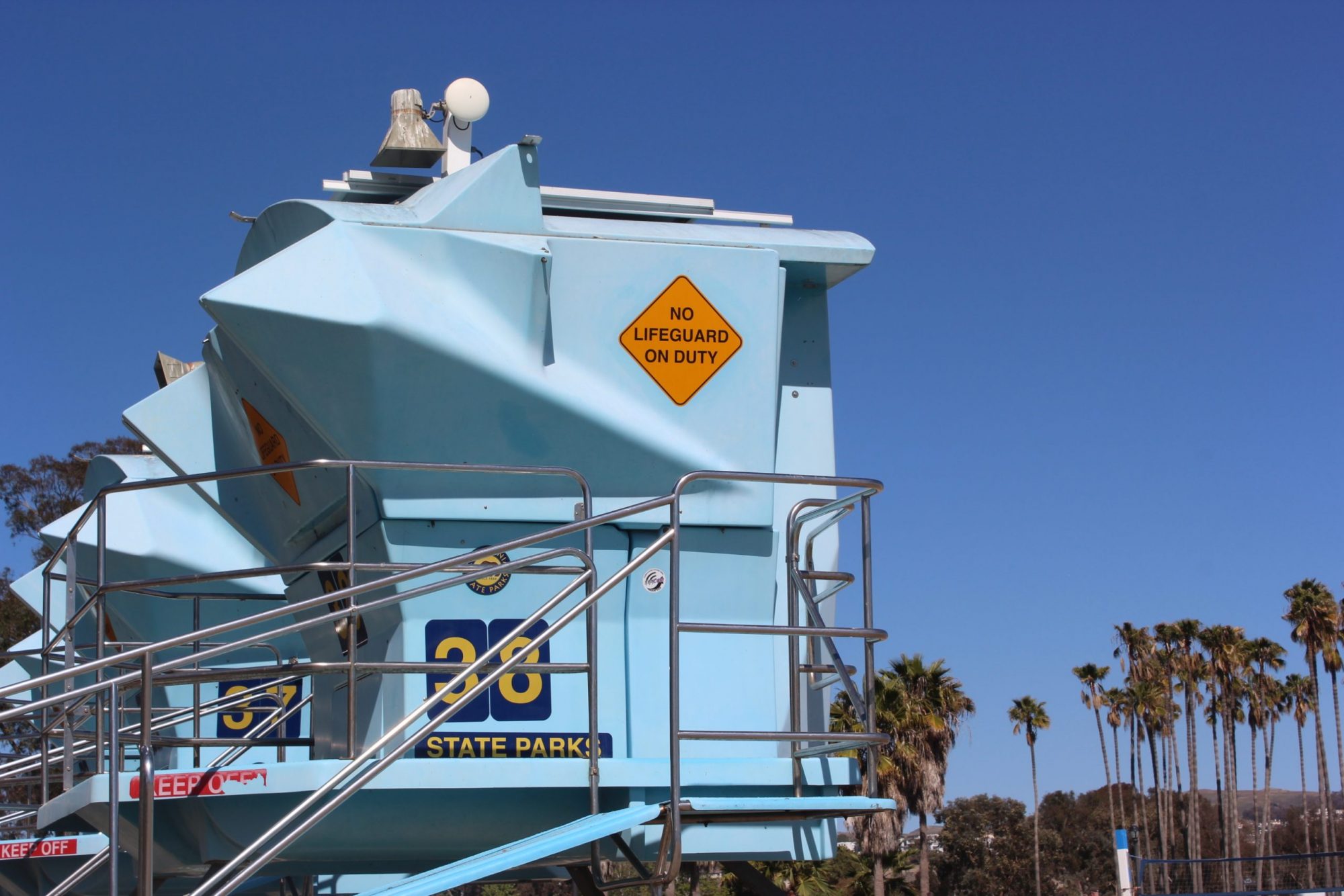 Editor’s Note: This story has been updated to more accurately reflect that the plaintiffs are state lifeguards.

State lifeguards, some of whom live and work in San Clemente, are in the midst of an active lawsuit against the state and the California Statewide Law Enforcement Association (CSLEA) regarding claims of being forced to pay union fees against their will.

Most recently, the group filed a petition requesting the Ninth Circuit Court of Appeals rehear the case en banc—meaning all judges of the court would hear it—after a panel of the court, in an unpublished opinion, upheld a lower court’s ruling that lifeguards “failed to state a plausible claim.”

The lifeguards’ class-action complaint filed in May 2020 alleged that the union violated the workers’ First Amendment Rights by restricting their ability to resign as members of the association for a certain period of time and not pay full dues.

“On information and belief, the State and CSLEA will continue to force the lifeguards who remain employed with the State to remain full dues-paying members of CSLEA until at least June 2023,” the lifeguards’ recent court filing explained.

However, the filing went on, the district court dismissed the group’s constitutional claims “for failure to state a claim.” This past February, the case was appealed to the Ninth Circuit, where a panel of judges later affirmed the previous court’s decision.

The panel’s decision further stated that the court’s 2020 decision in Belgau v. Inslee held up. In that case, the Ninth Circuit panel affirmed a district court’s dismissal of a lawsuit that claimed the deduction of union dues from paychecks was unconstitutional. The court ruled that involuntary deduction was not compelled and that “the First Amendment does not support a union member’s right to reneg on their promise to join and support the union.”

Additionally, the opinion read that the plaintiffs’ assertion that the Supreme Court’s 2018 ruling in Janus v. AFSCME, which held that states and unions cannot compel nonmembers to subsidize union speech, did not apply as the lifeguards have remained union members and do not officially hold nonunion status.

“Belgau requires this conclusion,” the document read. “There are no meaningful distinctions between this case that persuade us a different outcome is warranted.”

The Freedom Foundation, a nonprofit think tank that fights against unions for workers’ rights has represented the lifeguards along with Bill Messenger of the National Right to Work Foundation. He recently joined the suit to help file the latest petition.

The petition argues three main points: that the panel opinion does indeed conflict with Janus, the opinion’s state-action holding conflicts with Janus and other Seventh Circuit precedents, and that the opinion has allowed for a severe restriction on First Amendment rights, thus validating an en banc hearing.

Maintenance of membership agreements, along with “fair share fee” agreements, are authorized by state law to require employees to financially support a union, and requires all who are or become members to remain members for the agreement’s duration.

Janus, decided in June 2018, also held that union payments can’t be deducted from nonmembers’ wages unless they consent to pay, as employees who do consent, in turn, waive their First Amendment rights.

The lifeguards in the suit reportedly resigned from CSLEA membership in September 2019, just after CSLEA and the state entered into a maintenance of membership agreement effective from July 2019 to July 2023, requiring members to pay full dues for the entire term.

However, the petition argues that none of the lifeguards who initially signed for membership between 2004 and 2019 signed a form that said they agreed to remain a member for the duration of a collective bargaining agreement and that the state will continue to force them to remain full dues-paying members despite their objections.

The lifeguards further argued that the enforcement of paying dues against employees who oppose the union compels the employees to subsidize union speech, in the form of actions that are political in nature to try to influence the government, according to Messenger. Such compulsion violates a principle held in Harris v. Quinn in 2014 that no person in America may be compelled to subsidize third-party speech they do not wish to support.

The harm caused by maintenance of membership requirements are greater than the requirement Janus held unconstitutional, according to the argument. Full union due payments subtracted from dissenting, forced member employees are more than the reduced union fees the nonunion employees in Janus paid.

The argument also continued to hold that the Ninth Circuit panel’s opinion was wrong that Janus was inapplicable and that the lifeguards contractually consented to the membership requirement.

“This reasoning is unavailing because the State and CSLEA are unlawfully compelling the Lifeguards to remain union members notwithstanding their notices of resignation,” the argument stated.

Language within the dues deduction form signed that stipulates limitations on when employees can withdraw as a member “per the Unit 7 contract and State law” supports the lifeguards’ position that their rights to stop associating with CSLEA are limited, the argument said, and makes clear that the limitation results from an agreement involving the state.

“A vague allusion to the ‘Unit 7 contract and State law’ does not clearly establish knowledge of, or assent to, the maintenance of membership requirement at issue here,” the plaintiffs argued. “Indeed, that requirement was entered into in July 2019, years after most Lifeguards signed dues deduction forms.”

They also said the state, and CSLEA cannot prove the lifeguards waived their rights, as there was no evidence the lifeguards knew of their First Amendment rights, and the panel failed to conduct a waiver analysis under Janus. Supporting their cause, any existing waiver would be unenforceable due to the unconscionable nature of a four-year prohibition on employees exercising their rights under Janus.

The argument claimed the Ninth Circuit distinguished Janus from the Belgau case in that the former involved a state compelling employees to subsidize a union pursuant to an agency fee requirement, and the other did not involve itself in a private agreement concerning a restriction on when employees could stop dues deductions found solely in their deduction forms.

A request for en banc review is valid in this case as the panel “approved an egregious violation of First Amendment freedoms,” the lifeguards’ petition argued.

With maintenance of membership requirements stating employees can resign by sending a signed withdrawal letter within 30 days of a contract expiration, the argument called that part “draconian.”

“The panel has upheld a type of union security agreement that was not only unconstitutional under Janus but would be unconstitutional even under the law that came before Janus, so we believe that this conflict with the Supreme Court authority justifies a petition for rehearing en banc,” Messenger said.

A majority of active judges on the Ninth Circuit would have to vote to grant such a rehearing, and a smaller panel from those judges would hear the case because of a high number of judges, according to Messenger.

“All we can do is put bread upon the water,” he added. “I don’t like to predict, ultimately, what the court will do. I think we put forth a strong argument and the best we can do is just hope the court accepts it.”