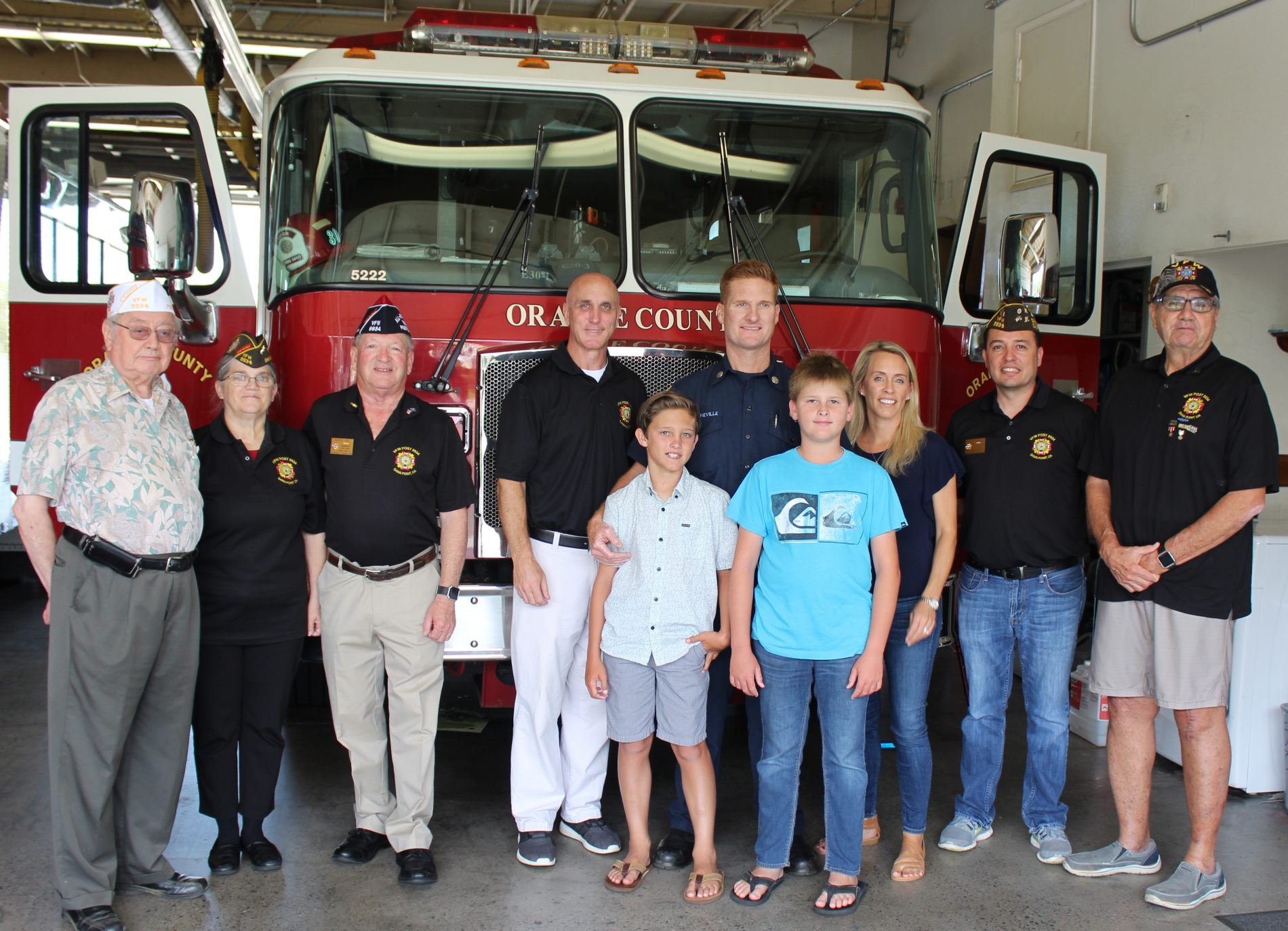 Fire Captain/Paramedic Justin Neville was honored by colleagues and members of the Dana Point VFW Post 9934 on Friday, June 23 after he was named second in a state level competition for his volunteer efforts to protect the local community.

Previously, Neville was named the VFW National Gold Medal Award local recipient before being named the first place recipient at the district level.

Every year the city’s VFW honors a law enforcement officer, a fire fighter and an emergency medical technician to receive the VFW National Gold Medal Award.

Previously, all three were honored at Dana Point City Council.