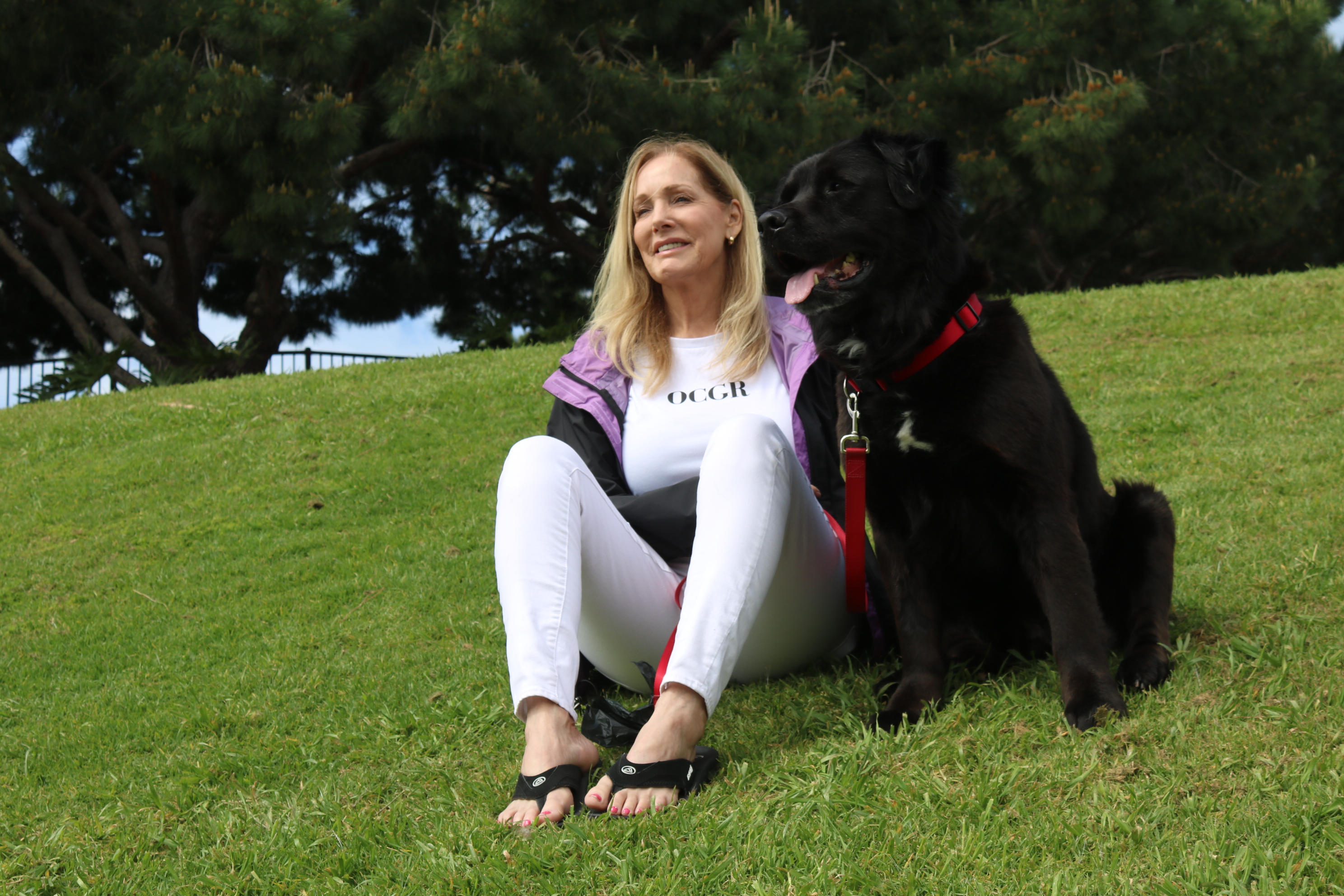 During a time of uncertainty and instability, Kota, a 6-year-old Labrador mix, found his forever home in Dana Point.

San Clemente/Dana Point Animal Shelter’s Animal Rescue Mission (ARM) helps relieve county shelters of their higher population of animals by transferring some of them to the Coastal Animal Services Authority (CASA) based in San Clemente. Kota, who was part of the ARM program, was adopted by Michelle Crouch on March 24.

Crouch, who moved in February, says that finding a dog was part of making a new home for herself in Dana Point.

“I had been looking for a dog in the last six months,” Crouch said. “But I didn’t have much luck. But when I saw Kota, I fell in love. He just has such a big head and bear face. He’s so mellow. I have grandkids, so it was important that my dog be kid-friendly. He is perfect.”

The San Clemente/Dana Point Animal Shelter is currently closed to the general public, as a response to COVID-19 concerns. But operations have adapted to adhere to state and county directives, while ensuring animals have a chance to go to a good home.

While animal advocates have expressed concern for pets potentially being relinquished amid the economic downfall connected to the coronavirus, Kim Cholodenko, CASA’s general manager, says that the shelter has yet to have someone surrender their pet as a result of the pandemic.

“We’ve had people ask us questions about surrendering their pet, because they were worried it could happen,” Cholodenko said. “But right now, we’re actually seeing more pets adopted.”

All of CASA’s dogs are currently available for adoption, by appointment only. Although the process has been streamlined, Cholodenko says that staff is still taking the necessary steps to ensure animals are adopted out to the most appropriate homes.

“We have limited our person-to-person interactions between staff and the potential adopters, but are able to provide the adopters time to interact with the dogs in our play yards,” Cholodenko said. “The adoption process and paperwork is completed outside of the shelter building, while still complying with the physical distancing order.  We have found the pubic to be very understanding and patient with the most recent changes in our adoption process, due to the State guidelines and restrictions that are in place.”

The shelter’s cats and rabbits are currently in foster homes, with many of the cat volunteers having agreed to provide videos of the cats and a virtual interaction if a person is interested in adopting.

“The logistics have been worked out, and we will do whatever we can to place our animals in their forever homes,” Cholodenko said.

As for Kota, a Labrador mix, Crouch says he is adjusting very well to his new home.

“Some people think that you can’t find the perfect pet at a shelter,” Crouch said. “And I want them to know that is absolutely not true. I could not have asked for a more perfect dog.”

If anyone is interested in adopting from San Clemente/Dana Point Animal Shelter, the first step is to download an adoption application at petprojectfoundation.org or the City of San Clemente’s website at san-clemente.org. Look under “Animal Services” to access the application. Send the completed application to animalservices@scdpanimalshelter.org or fax it to the shelter office at 949.366.4765.  Once the application is received, a staff member will be in touch to schedule an interaction.