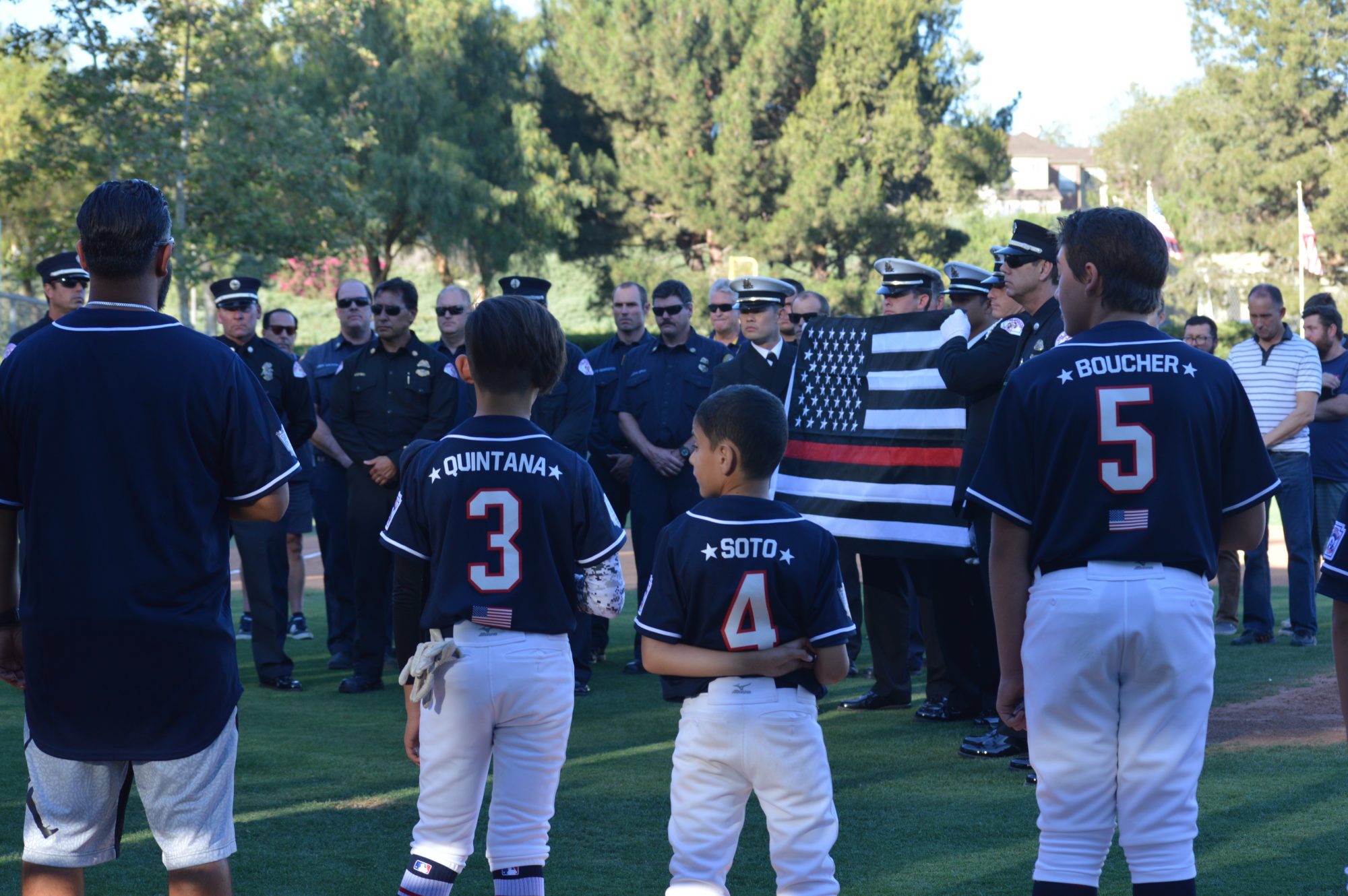 By Emily Rasmussen and Zach Cavanagh

Many of the coaches and players of the San Juan Capistrano Little League wore patches that read “Rosa 10” on their jerseys.

“It’s a special thing to be able to honor somebody that poured his heart out for these kids and for our league,” SJCLL All-Star coach Cesar Loya said. “It’s a very unfortunate situation, but we feel honored to be able to do this for someone that did so much for everyone. It’s a special recognition, and just to have so many people come out and be a part of that made it extra special for all of us.”

Members of the Little League, baseball and San Juan Capistrano community gathered to remember Rosa.  The game on the adjacent field between Ladera Ranch Little League and Viejo Little League was paused to allow the players and coaches to join the on-field ceremony. SJCLL and San Clemente Little League lined up along each baseline.

Elijah Robles, 16, was at the memorial and was coached by Rosa. Wearing his JSerra High School baseball cap with “Dave Rosa” inscribed by a marker on the right-hand side of the hat, Robles said he also played alongside Sam, Rosa’s son.

“Coach Rosa was a great man, he coached me for two years and I had the privilege of knowing him as just a man, an umpire, he was an amazing coach and an even more amazing father,” Robles said. “It’s really disappointing to see him go.”

Rosa is survived by his wife, Lynley, and sons Alec, 25, and Samuel, 16, who live in San Juan Capistrano. Todd Strane, immediate past president of the SJC Little League, said Rosa was a current member of the league since he joined nearly 9 years ago.