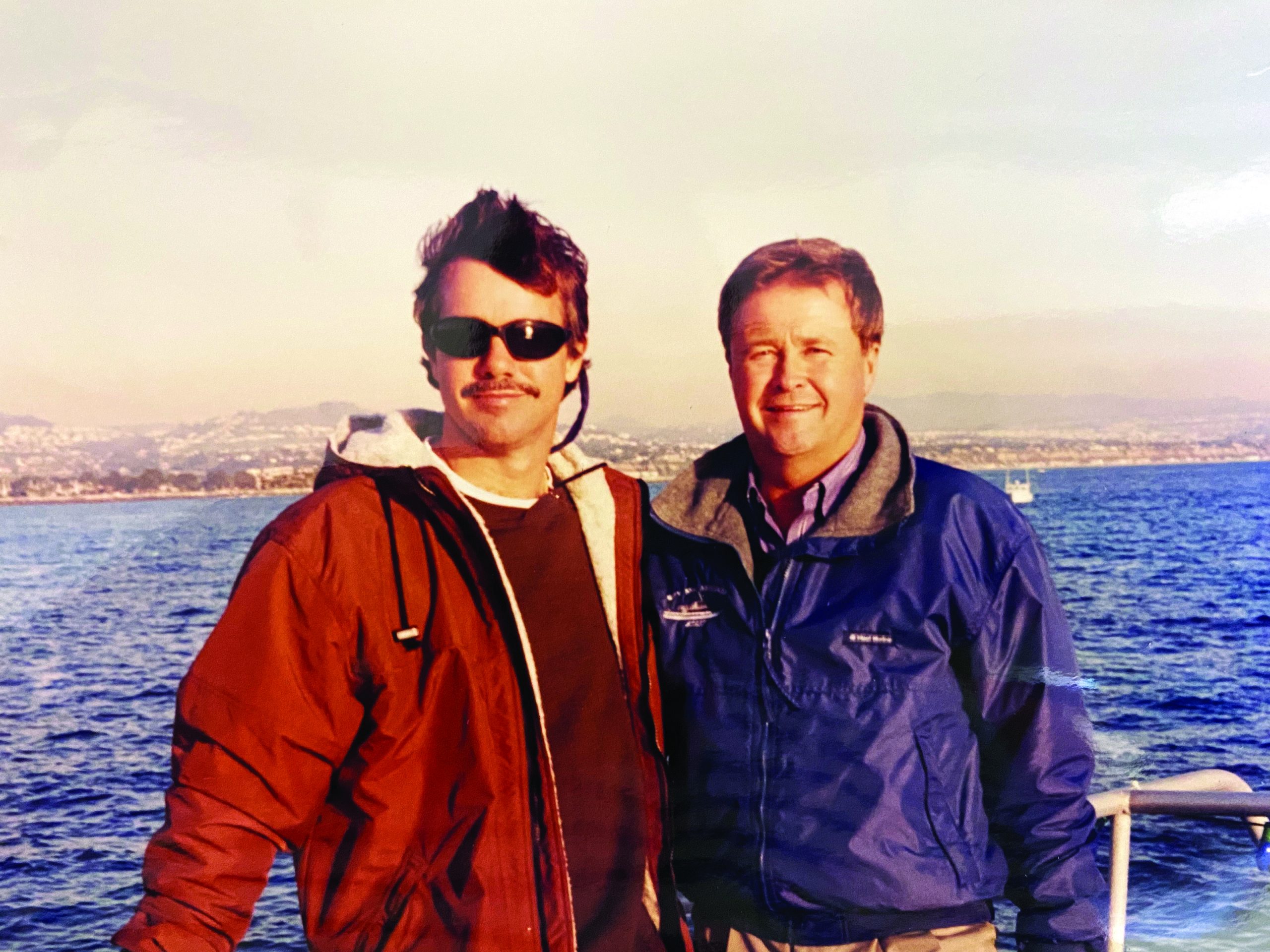 Stanley Cummings had a vision as a teenager growing up in rural Massachusetts while sitting in chemistry class.

In a 1994 essay written in Orange County Metropolitan magazine, he wrote: “A subject which I found inherently interesting was obscured behind the mists of boredom brought on by the unenthused presentation of the department chair. An image of the way chemistry should be taught floated out of the haze into my consciousness.”

He vowed then and there that the teaching of science would be his life’s work.

Cummings, the founder of Ocean Institute and a lifelong science educator, died on Tuesday, July 13, of injuries sustained while riding his bicycle in Washington state earlier that month. He was 76 years old.

Born in 1945 in Summit, N.J., Cummings grew up in Greenfield, Mass., and went on to earn a doctorate from Stanford University.

In 1984, he was elected President of the Dana Point Chamber of Commerce. In 1985, he brought the Pilgrim to Ocean Institute and was named Dana Point Citizen of the Year. Additionally, he founded the annual Tallships Festival in 1986, and it continues to this day.

According to Ocean Institute’s CEO, Wendy Marshall, Cummings led the way to create the Ocean in Motion van, bringing ocean education directly into classrooms, brought the R/V Sea Explorer into the Ocean Institute family in 1994 and launched the internship program. Courtney Percy was the first intern to be hired for the program.

“I was studying marine biology at the University of New Hampshire, and I needed to find lab work and an internship. Back then, we didn’t use email, so I wrote Stan a letter in the spring of 1994,” Percy said. “He wrote me back and invited me to live with him and his wife for the summer. I couldn’t believe it.”

Percy says that summer, she gained experience working with the Ocean Institute’s education and maritime programs, feeding the animals and assisting in fundraising for the nonprofit. Cummings invited Percy to return the following summer for a second internship.

“He was so generous with his time, his money and his knowledge. He was always a teacher,” Percy said. “The earth science community lost a champion.”

Percy says she last saw Stan and Sigrid Cummings last year, when she brought her two daughters to the Ocean Institute for a tour—a special memory for which she says she is grateful.

“He was so outgoing, fun-loving, and enjoyed people,” Percy said. “It was so nice that he was able to spend time with my daughters and see him instill the same passion he instilled in me.”

The years that followed the founding of Ocean Institute, the number of awards and recognitions grew; Cummings was honored with the inaugural Walter Cronkite Award for Excellence in Maritime Education from the National Maritime Historical Society in 1995 and the Sea Education Program of the Year Award from the American Sail Training Association in 1996.

The couple moved to Port Townsend in 2007, when Cummings accepted the position of executive director for the Northwest Maritime Center and the Wooden Boat Foundation.

“Stan’s mission when he assumed the leadership was straightforward and simple: get the buildings built,” Sigrid said.

He oversaw the $12.8 million capital campaign that constructed the Chandler Maritime Education Building and the Heritage Building of the Northwest Maritime Center, before he retired at the end of 2010.

“I think it is safe to say that millions of lives have been positively impacted by the life and legacy of Stan Cummings,” Sigrid said.

While retired, Cummings remained active in the Port Townsend community. He assisted the maritime center, and he and Sigrid were active members of the Quimper Unitarian Universalist Fellowship, where he was recently elected to the endowments committee.

On July 5, Stanley was riding his bicycle with Sigrid in the eastbound lane on the shoulder of state Highway 20, just west of Old Fort Townsend Road in Washington state, when he was struck by part of a tractor that was being towed on a trailer.

“We were married for 31 years,” Sigrid said. “He was a dedicated husband who took me on adventures I could never have dreamed of … Stan introduced me to hiking, biking, scuba diving, skiing and ballroom dancing. I miss him tremendously.”

Stanley and Sigrid met as acquaintances while she worked as the executive assistant to the general manager at the Dana Point Resort (now the Laguna Cliffs Marriott Resort & Spa.)

“He stood me up for our first date, but knowing Stan’s reputation, I figured it was a scheduling error,” Sigrid said. “It was—he was coaching his daughter’s soccer game. That tells you something about his dedication as a father.”

Sigrid admired his sense of adventure, zest for life, and commitment to family.

“When he called me the next day to confirm our date for that night, I advised him he had the date wrong,” Sigrid said. “I knew it wasn’t me. I was paid to get these things right. I told him he was lucky I was available, and thus began the adventure.”

“We feel the most fitting way to honor and continue Stan’s legacy is through the creation of the Stan Cummings Scholars Fund,” Marshall said. “This program engages passionate and talented high school students in research projects on the water and in our living laboratories, truly cultivating the minds that will undoubtedly grow to become the next generation of leaders in ocean research and education.”

The students receive guidance and support from Ocean Institute staff and outside researchers, culminating with a symposium in which participants engage the public through presentations of their research findings.

“With additional funding, Ocean Institute can provide more scholarships and support, and we are hopeful that we will develop and discover the next ‘Stan Cummings,’ who will go on to create life-changing programs, just as Stan did when he founded the Ocean Institute,” Marshall said.

Cummings’ memorial will be held at Ocean Institute on Sunday, August 29, from 4-8 p.m. The public is invited to attend “Founder’s Day” that day, as admission will be free.

Donations can be made at oceaninstitute.org/internship-opportunities.

For developments on Stanley’s legacy, Sigrid will post updates on Caringbridge.com under “Stanley Cummings.”

“Stan was an educator up until the time of his death.  I remain committed to carrying forward Stan’s mission as an educator,” Sigrid said.