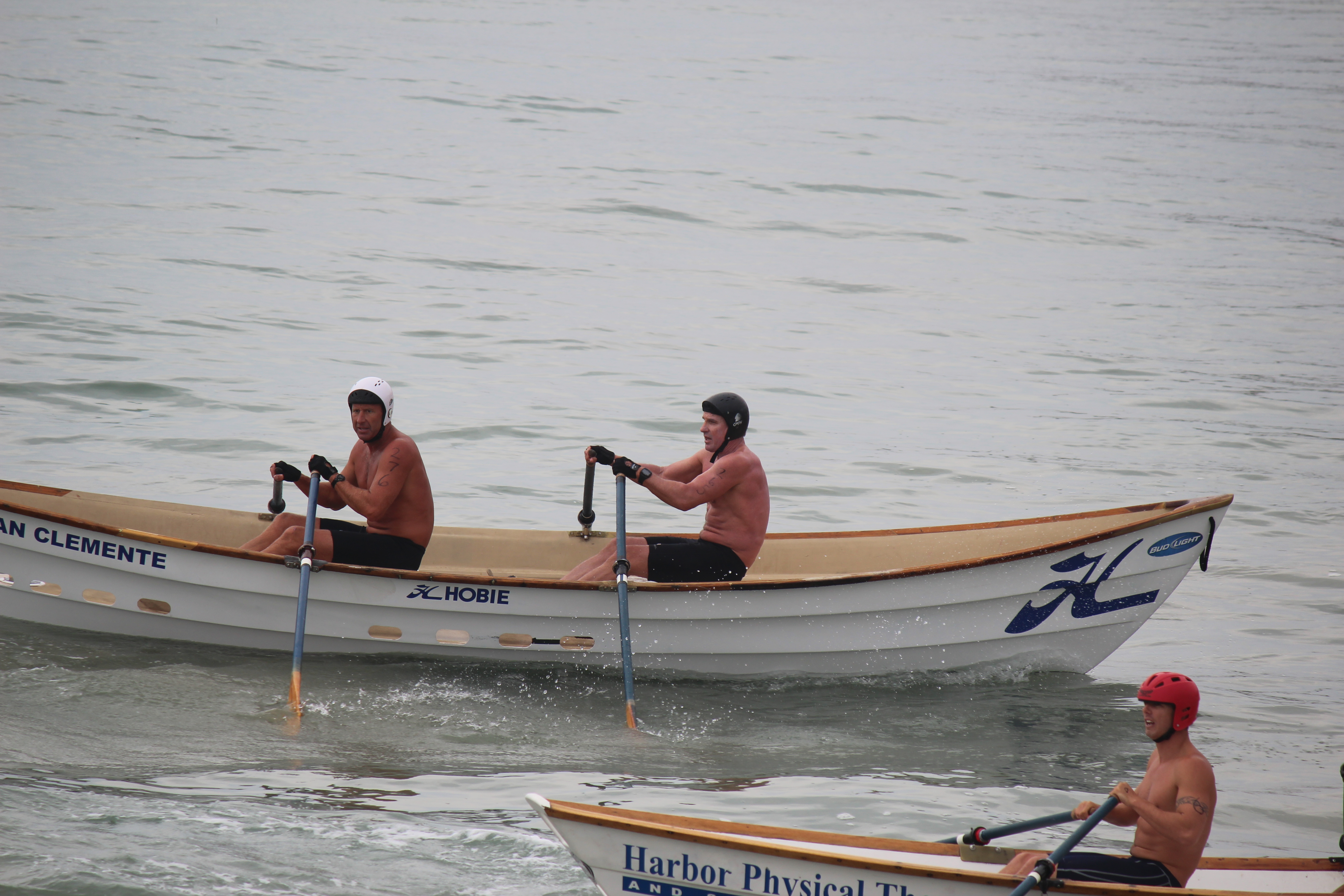 When he was 9 years old, Rob Pelkey signed up to be in the San Clemente Junior Lifeguards. One of the program’s many traditions occurred every year in mid-July, when youngsters would head to the San Clemente Pier to compete in and watch the Ocean Festival’s lifeguarding competitions.

Kelsey O’Donnell has a similar connection to the annual event, which takes place this weekend. O’Donnell used to come to watch her father compete and, when she turned 15, participated in her first Ocean Festival race. She has made a tradition out of returning to San Clemente for the event every year since.

Both currently serve as lifeguards in Los Angeles County.

What ties competitors like Pelkey, 46, and O’Donnell, 26, together is the long history of lifeguard competition at Ocean Festival, which, in 2013, they helped add to by winning the California Waterman and Waterwoman Championships, respectively. The California Waterman and Waterwoman trophies are given out to the competitors who accrue the most points in the open age group events over the two-day span.

This year, the events have been dubbed the Orange County Lifeguard Games. There will no longer be California Waterman and Waterwoman trophies. Instead, the top-5 men and women in the open divisions will receive a cash prize. The format has changed, but whoever takes the top spot will still be recognized as the weekend’s most well-rounded competitor.

The Ocean Festival has many premier events, but it is this title of top waterman and woman that professionals, like O’Donnell and Pelkey, covet most.

“It means a lot. The event has such a long history and it’s always a highly competitive group you’re racing against,” Pelkey said. “There’s a lot of pride taken up and down the coast between departments. We take a lot of pride in who can get out of the break the fastest and swim the fastest.”

Finishing the weekend as the No. 1 point-getter is not easy and there are several factors involved in pulling off the feat.

For starters, lifeguards from Los Angeles, San Diego and as far away as Australia come to San Clemente to make up a deep and talented field. There’s also the fact that Ocean Festival takes place in the middle of summer when lifeguards are in top form, ensuring there will be heated battles.

“We definitely amp it up for Ocean Festival. We all kind of get excited about racing and training together and as the summer goes on, we are getting ready for nationals,” O’Donnell said. “We are all in peak shape. It’s a good gauge for us to see where we are racing-wise.”

Both Pelkey, a Dana Point resident, and O’Donnell acknowledged that the San Clemente Pier’s unique surf break sets the event apart from others in the area and that one wave can make or break your weekend.

The surf breaks offshore by the pier, which gives the swimmers and racers more time to plan their exits and entries. Successfully navigating the waves in a race takes experience, as well as a little luck.

“The surf is what makes Ocean Festival so fun. The surf always throws a wrench in racing. But it’s more fun to race when there is surf. You never know what’s going to happen,” O’Donnell said.

O’Donnell has moved up north to attend graduate school and will not compete at Ocean Festival for the first time in eight years.

Pelkey, who earned the most points for a second consecutive year in 2013, will be there to defend his title. He will not compete in as many events this year and plans on racing in the dory boat and surf ski contests. But that plan can change once he hits the beach.

“Once I get there that competitive side usually comes out,” Pelkey said with a laugh.