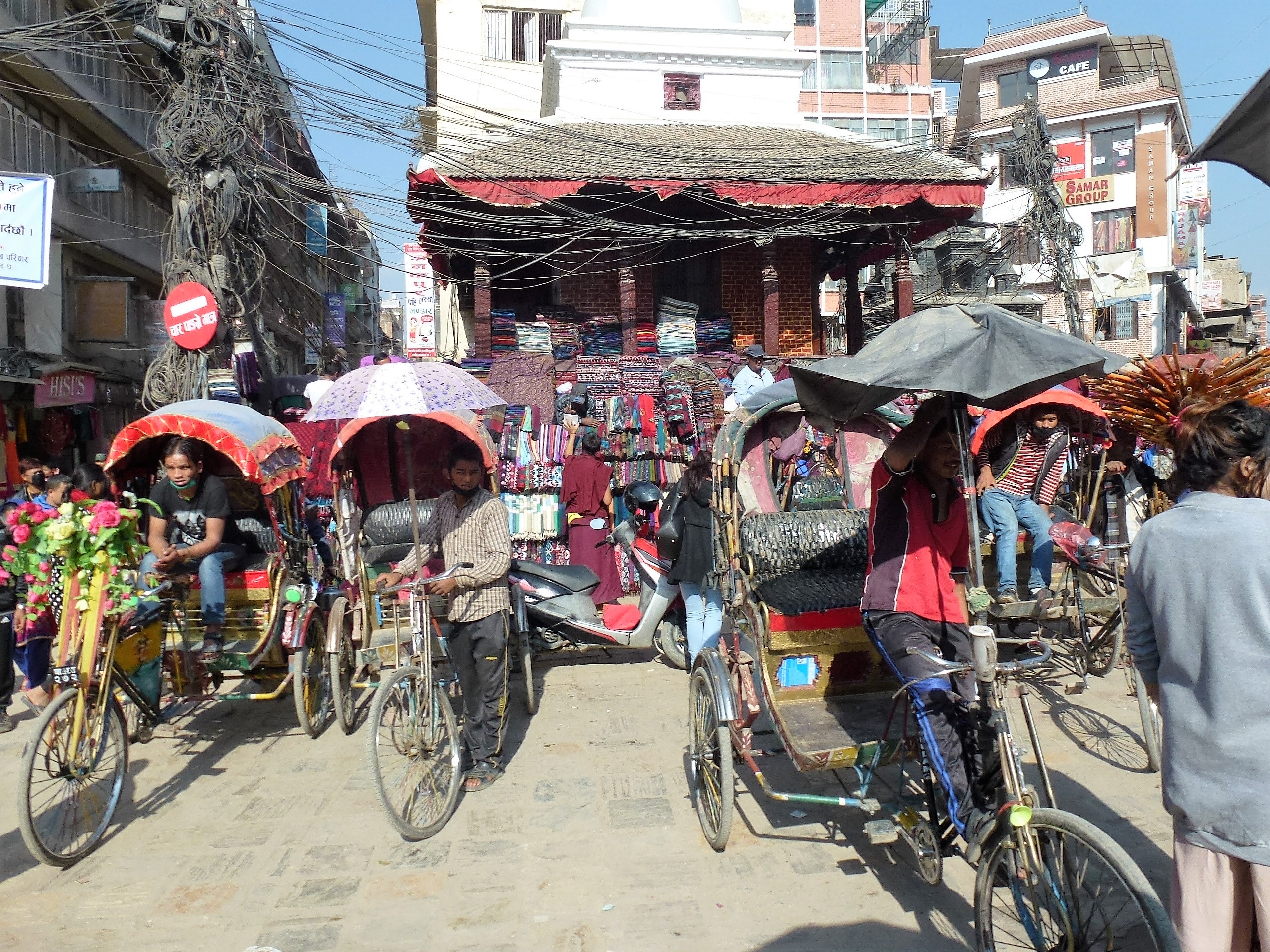 On Life and Love After 50: Romance in Nepal

Guest Opinion: On Life and Love After 50 by Tom Blake

Romance in Nepal: A country filled with beauty, Nepal is well worth a visit for travelers

When I was a kid, I was fascinated to learn that Sir Edmund Hillary of New Zealand, and Tenzing Norgay, a Sherpa from Nepal, had become the first people to climb Nepal’s 29,028-foot Mt. Everest, the tallest peak in the world. Their historic climb happened on May 29, 1953. I hoped that someday I would get to see that mountain, which the Nepalese people proudly call “the top of the world.”

That dream came true two weeks ago when

my partner, Greta, and I spent nine days in Nepal, mostly in Kathmandu, the capital. Tourism is the biggest industry in the country. Many people go there because of the majestic Himalayan mountains—most to observe them, some to climb and hike them, the latter of which are called “trekkers.”

Kathmandu is a bustling city, with gridlock on the streets from motor bikes and buses. A 2015 earthquake devastated Kathmandu. Reconstruction creates a major dust and smog problem, particularly this time of year, when there is no wind. Often our tour group members wore masks to filter the air; we consumed gallons of bottled water.

One trip highlight was viewing Mt. Everest up close. Of course, not as close as Sir Edmund and Tenzing did, but from a chartered Buddha Air sightseeing turbo prop plane.

One evening, our tour company, Gate 1 Travel, arranged for a woman to speak to our group of 13 about mountain climbing. Myra Sherpa, a 40-year-old from the Sherpa tribe, is one of only 11 women Sherpa climbers in the world.

Myra has climbed mountains over 20,000 feet tall 18 times, including Mt. Everest four times. She is one of only four women to conquer K2, considered to be the most difficult mountain in the world to climb. What an inspiration Myra was.

To climb Everest, a permit costs $11,000. Staying at a base camp requires almost three weeks to acclimatize one’s body. Bottled oxygen is used by 95 percent of Everest climbers; less than 200 have made it to the Everest peak without it.

Gate 1 also arranged for our group to have dinner at the home of a Tibetan refugee family in the city of Pokara, which is nestled at the base of the Annapurna Mountains, another famous range in Nepal.

The family lives in a refugee camp of 450 people who relocated from Tibet nearly 50 years ago. The host’s name was Tenzing, which I thought was totally cool, having admired Sherpa Tenzing for 64 years.

Tibet is on the opposite side of the Himalayan Mountains from Nepal. Tenzing wanted a Tibetan woman in his life, but there are only a few thousand Tibetans living in Nepal.

During dinner, I asked how he met his wife. His reply surprised our group: “On the internet, of course!” He explained there is a Tibetans-living-in-Nepal singles website.

Marriage is a big deal in Nepal. As we traveled around, we saw many wedding parties from our tour bus. Cars and small buses were draped in flowers. Horns would blare, and newlyweds would wave from inside vehicles. Often, wedding parties walked down the streets and alleys led by a band, with drums pounding, instruments playing, and rice being tossed at the newlyweds. (As Nepal and India have lots of monkeys running loose, we even saw a monkey eating the rice tossed by a wedding party that had recently passed by).

Our group learned from our Nepalese guide that most of the marriages of young people, often less than 20 years old, are arranged marriages. The parents picked their mates. Engaged couples are not allowed to live together before marrying, and after they marry, they live—often for months or years—with the husband’s parents. Yikes!

Historically in Nepal, widowed people have found dating or finding a new mate virtually impossible. They have been ostracized by society, as if the situations they are in are their fault. How sad. Niraj, our guide, said that archaic way of thinking is slowly changing.

Our tour took us also to the Chitwan National Park. There, we spent two days and nights in the jungle, riding elephants and seeing rhinos. We handed out gifts to village school children, who were beautiful kids.

Despite Nepal facing multiple challenges, they are rebuilding. The people are highly ethical. Twice, while Greta and I bought souvenirs, I inadvertently paid with a 500-rupee bill ($5), thinking it was a 100-rupee bill ($1). Both times, each merchant chased after us and returned the 400 rupees we had overpaid. Think about that—in a poor country, hard-working, struggling merchants put honesty ahead of greed.

On a fun note—two of our tour group members, Bob and Laurie, a couple from Michigan, arrived at the Kathmandu Airport wearing Bob Seger T-shirts. Some members of our group were puzzled. Who is Bob Seger? Why wear Bob Seger shirts in Kathmandu?

Bob and Laurie said to themselves, “Tom and Greta will know.” They were right. Bob Seger, a 1970s singer from Detroit, had a hit song called “Katmandu.” Greta and I, being Bob Seger fans, understood why they wore those shirts. We photographed Bob and Laurie wearing their shirts in front of the Kathmandu airport terminal.

If you are wondering about traveling to Nepal, give it a chance. The country is beautiful, as are its people. So, I sign off saying, “Namaste,” the word of greeting and respect in both Nepal and India.

Tom Blake is a Dana Point resident and a former Dana Point businessman who has authored several books on middle-aged dating. See his websites at www.findingloveafter50.com, www.vicsta.com and www.travelafter55.com. Email: tompblake@gmail.com.