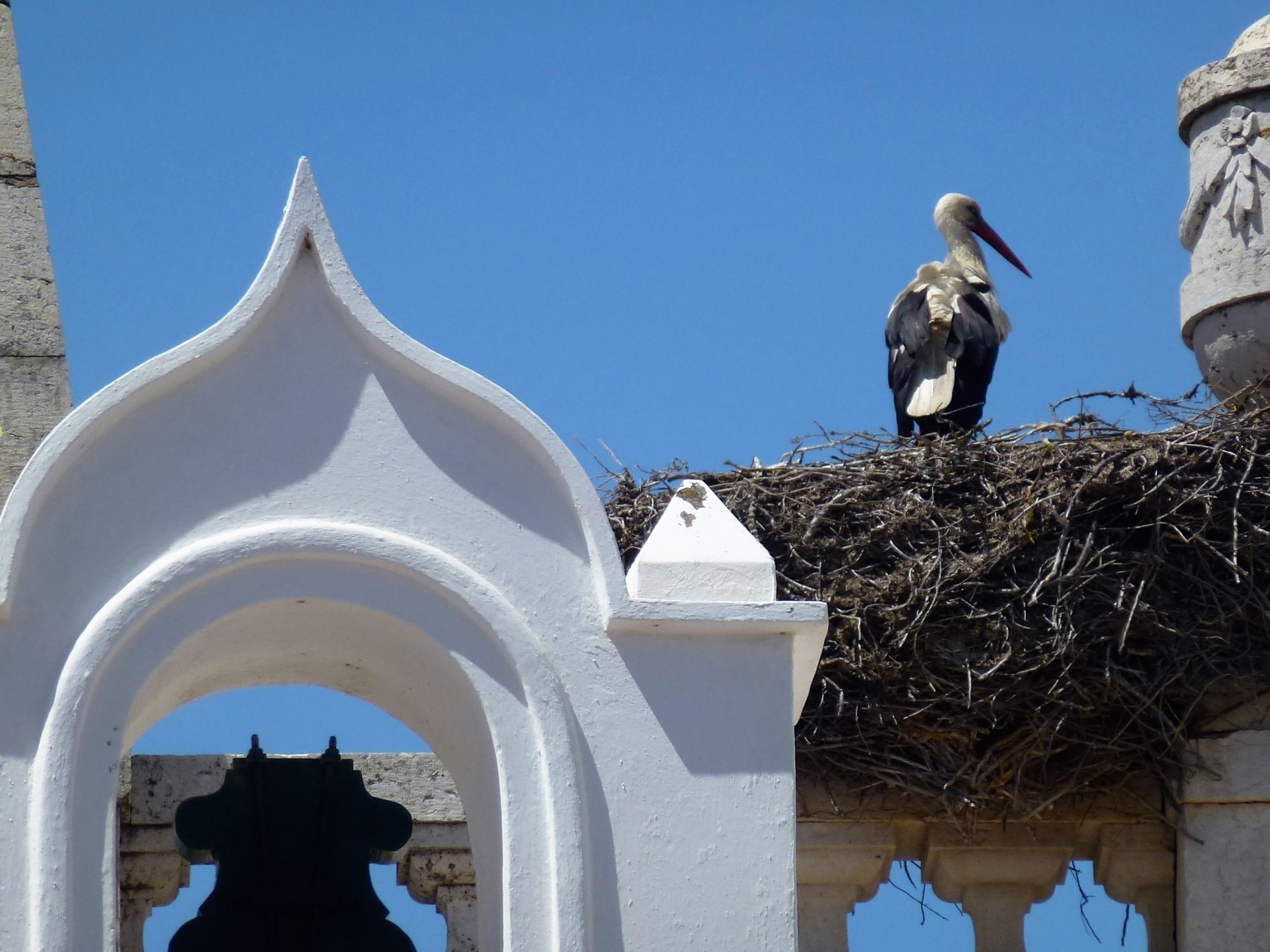 On Life and Love After 50: Portugal: The Algarve Region and 120 Miles of Beaches

When tourists travel, they often try to see too many sites in the limited time they have. Hence, they might overlook interesting items in the area where they are staying. Such is the case in the Algarve, the southernmost region of Portugal, where my partner Greta and I are spending the first two weeks of May.

Normally, we like to travel between European cities by train, but in the Algarve, trains are limited. So, we rented a car out of necessity to reach the private home where we are staying, and to visit the beach cities of the Algarve, which has 120 miles of beautiful coastline.

The home, called Casa Sams, is remotely located in the hills above the town of Estoi, five miles from Faro, the main city and capital of the Algarve. To reach the home, there are left turns, right turns, hairpin turns, a pack of friendly but wild dogs and a myriad of unmarked single-lane, unpaved roads.

We’ve been here a week and haven’t made it up the hill in 10 attempts without making at least one wrong turn. But, the view is panoramic of the ocean and the property is on five acres of orange trees and olive trees.

There are so many beautiful beach cities within 30 miles to the east and west, and we immediately started exploring them.

On May 1, International Workers’ Day, we drove to Tavira, a fishing village. Its sidewalk cafes were packed. We thought we’d give Portuguese food a try and ordered sardines. I ate two of the five on my plate and that was enough for me.

Driving to the next port city, Olhao, we saw all kinds of stuffed mannequins along the side of the road, with people stopping their cars to admire them. Strangest thing we’ve ever seen. We learned via the Internet later that those stuffed mannequins were to honor International Worker’s Day, and they were unique to, pretty much, only that portion of the road we were on in all of Portugal. It was like we hit it big, just by coincidence—right time, right day and right road.

Our favorite beach city is Vilamoura. It has a horseshoe-shaped marina with hundreds of fancy yachts in the center. We estimate there are at least 70 upscale restaurants, including three Irish pubs, facing the yachts.

Even more restaurants are on the beach boardwalk with access from the marina. We had lunch at Buzios Beach Café.

In the city of Portimao, the beach had more than 200 volleyball courts and nets set up on the sand. A tournament was taking place featuring women’s and men’s doubles. We watched the action while having lunch at a beach café there.

On the way home, we visited another beach city, Albuferia. It is well-known for cakes made with almonds. These are so tasty it’s mind-boggling.

On our fifth day, we decided to walk around Estoi, the closest town to us. It appeared to be sleepy, not much there. We saw a sign describing a palace, hidden away. We tried to get to it, but there were walls all around and gates were padlocked.

On a deserted back street, a couple walked by us, and said in an English accent, “It’s worth going inside, we can show you the way.” Tony and Josephine were from Manchester, England.

The ancient palace had been converted into a hotel. It was beautiful inside. There were hand painted murals by Italian artists on the ceilings throughout the main floor of the hotel.

Also in Estoi, there are Roman ruins dating from the 3rd century A.D. This is a perfect example of trying to see too much elsewhere and missing wonderful things right where you are staying.

That night, we met Tony and Josephine for dinner at a local restaurant that Greta and I had driven past several times, thinking it was just for villagers. It was Tony’s 58th birthday. The dinner was delicious and reasonable.

As we concluded our first week in the Algarve, Greta suggested we explore Faro, the nearby city where we had only shopped for groceries.

We did not realize that it also had a wonderful marina and historic district. Why had we overlooked a city so close to us? Faro has its unique characteristics: within the large Carmo Church, there is a chapel constructed out of the bones of 1,245 deceased monks. A little morbid, but that’s what makes travel so interesting.

Also in Faro, storks from the nearby Ria Formosa nature preserve build their nests on top of churches and buildings for protection. There were four nests built out of sizeable tree branches atop the Town Arch leading into the old city. The preserve is one of the most important areas for aquatic birds in Portugal.