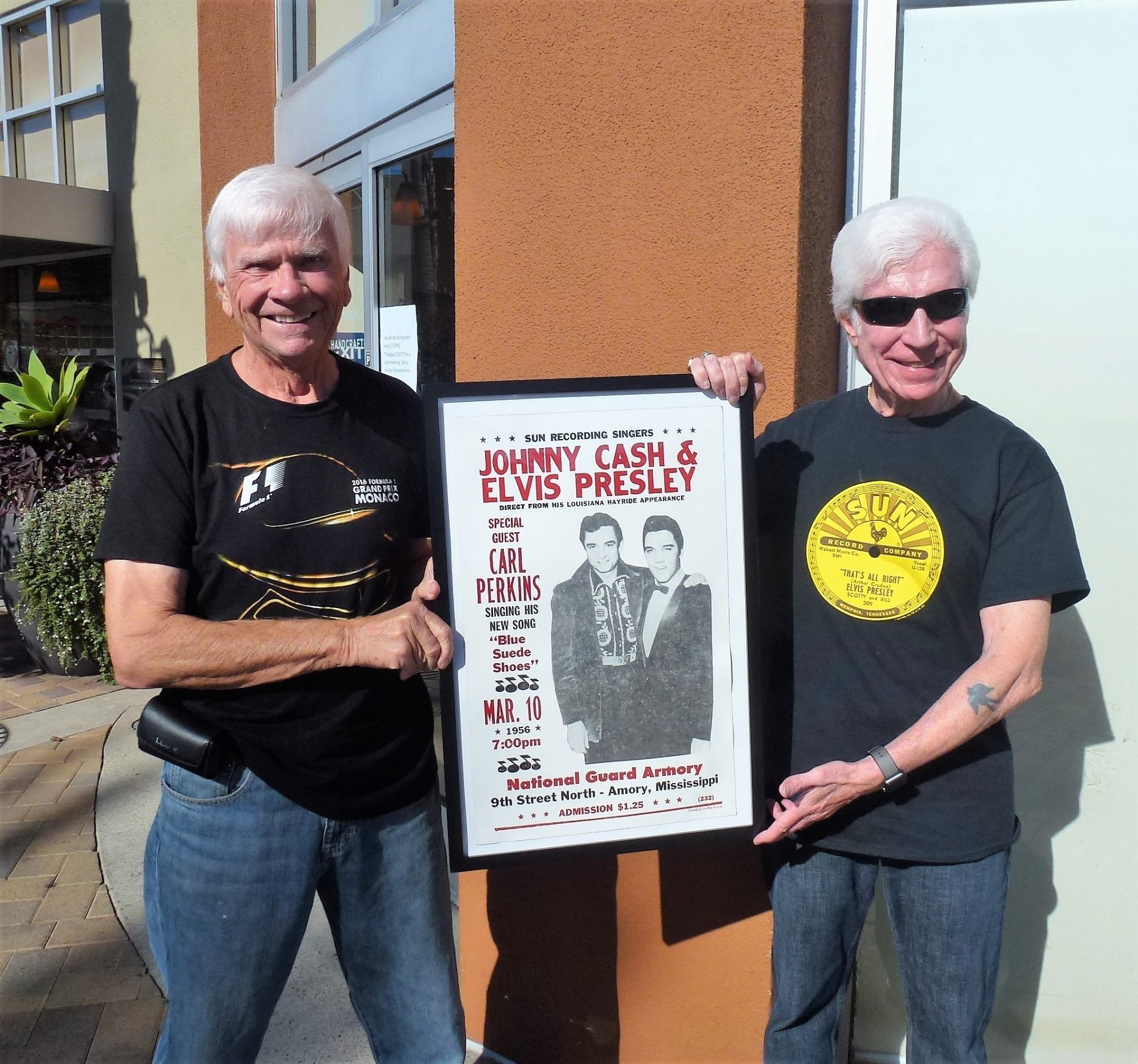 On Life and Love After 50: How a Dana Point Man Met Elvis, ‘The King’

When Dana Point resident Michael McLeavy read “Delivering a Letter to Johnny Cash,” a column I wrote last month, he responded: “I enjoyed your column and thought you might get a kick out of how I met Elvis Presley, since Elvis was a friend of your friend Johnny Cash.”

Michael and I got together and compared stories about how he met Elvis and how I met Johnny, two great Tennessee singing legends.

Meeting Elvis was a life goal for Michael, who was born in Glasgow, Scotland, and was lead singer with a popular rock and roll group called “The Fireflies.” On July 3, 1965, he came to the United States to meet Elvis and to further his music career.

After Michael settled into the Los Angeles area, an acquaintance gave him the address in Bel Air where Elvis was living while filming a movie called Spin Out in Hollywood. One day, when the gates to the home were open, Michael walked through and knocked on the front door. A housekeeper answered.

Michael said to her, “I have come all the way from Scotland to meet Elvis.” The housekeeper explained that Elvis was in Memphis taking a break from filming, but she invited him into the home along with Richard Davies, one of Elvis’s valets, who showed Michael around the house.

After Elvis returned to Los Angeles, Michael would occasionally stop by the Bel Air home to try to meet him. Michael had become friends with Davies, and two other friends of Elvis—Sonny West and Jerry Schilling. They told Michael to come by one night and that Elvis would meet him.

But Michael had borrowed a friend’s car and had promised to return the car by 10 p.m. So, before Elvis came out, Michael had to leave. He had been so close to reaching his goal, which made him even more determined. Sonny West gave Michael the phone number of Tom Diskin, who worked for MGM Studios and knew Elvis’ filming schedule.

Diskin also knew of Michael’s story. He told Michael to go to the Ascot Motor Car Racing Track in Torrance the following Thursday at 8 a.m., where Elvis would be on location shooting the movie.

Michael was there, bright and early. He saw Elvis arrive in his Rolls Royce. Sonny West took Michael to the set and gave him a seat next to where Elvis would be sitting.

Michael said, “You can imagine how I felt, that I was going to achieve my greatest ambition: to meeting the King of Rock N Roll. Soon, Sonny walked up with Elvis and introduced us. Elvis said, ‘Hi Mike, so glad you could make it.’ He made me feel completely at ease. Elvis began talking about Scotland and how he had touched down at Prestwick Airport on his way home from the Army. He said he wanted me to stay there the entire day! It was incredible.

“At the end of the day, Elvis alone walked me to the gate entrance and said, ‘I hope you enjoyed the day. Best of luck, Mike.’ I had spent eight hours talking with Elvis and watching him making a movie. I will never forget that ‘unreal day.’”

Six years later, on August 12, 1972, Michael went to see Elvis perform at the Hilton International Hotel in Las Vegas. Before the show, Michael saw Sonny West, who invited him backstage to meet with Elvis after the show. So, Michael got to be with Elvis a second time.

Michael has lived a fascinating life. In 1967, after living and working in Honolulu, he returned to LA to become a personal assistant for actor Laurence Harvey, who lived in Malibu.

Harvey hosted lots of splashy parties, and Michael got to meet many celebrities at the events, including Orson Wells, Frank Sinatra, Dean Martin, Burt Lancaster, Mia Farrow, Doris Day, Julie Andrews and Sharon Tate, with whom he became friends.

In 1970, Michael took a salesman position with New York Life Insurance Company at the L.A. Airport office. He was promoted to assistant manager in the Century City office and to general manager at the Laguna Hills office. He took early retirement and is now an independent entertainment professional.

Michael is a talented singer with three CDs to his credit, “Shopping Days,” “That’s the Way It Was,” and “I Believe in the Man in the Sky.” Soon, he will be going to Nashville to record a new CD. While there, he said he’d visit the Johnny Cash Museum. His CDs are available on iTunes and www.cdbaby.com/cd/michaelmcleavy.

Michael has been in Dana Point since 1990 where he lives with his wife Linda and two cats, “Elvis & Priscilla” (of course).