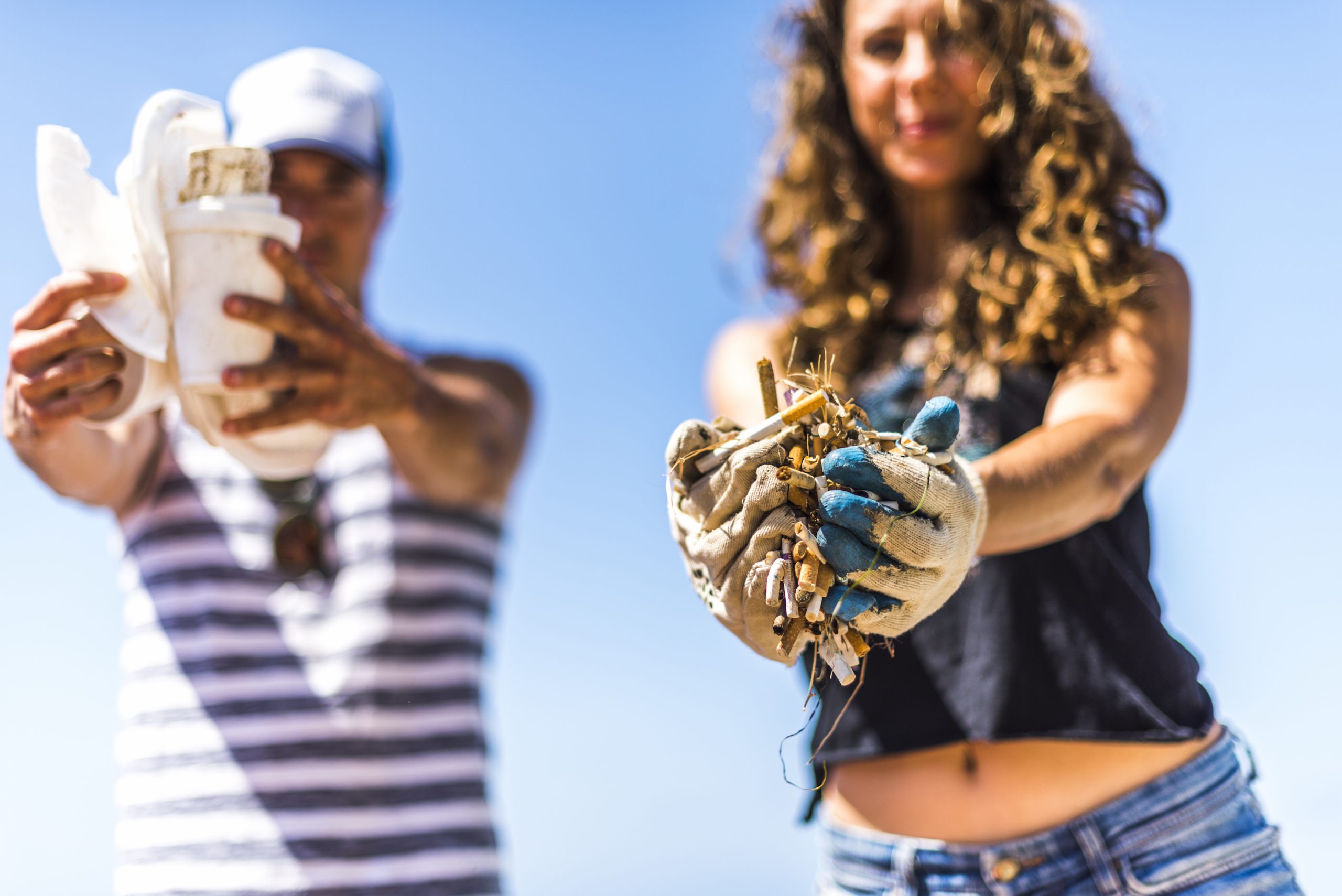 It was the third time the environmental organization has released such a report, and last year it officially supported 1,230 cleanups around the United States, with 573 of them taking place in California.

“As the U.S. began to reopen in 2021 due to the COVID-19 pandemic guidance, our communities worked to navigate the realities of the new landscape,” Surfrider’s Jennifer Hart said. “With opportunities to attend in-person cleanups and continue to host solo cleanups, we were able to engage people on every level.”

Surfrider has had a longtime goal of topping 1,000 cleanups around the country, and by hosting more than 1,200 in 2022, it broke its own record. It also nearly doubled the number of volunteers who participated, as well as the total weight of trash collected during the cleanups.

All told, 15,864 volunteers helped remove more than a half-million pieces of trash from U.S. beaches weighing nearly a collective 170,000 pounds.

By a large majority, the item most commonly picked up at the Surfrider beach cleanups was cigarette butts. The report indicates that 136,736 cigarette butts were removed from U.S. beaches, while coming in a distant second were small plastic fragments, with 67,729 pieces of waste removed.

“From reigniting the sense of togetherness through new in-person events, to incredible multi-state grant opportunities to expand plastic pollution reduction work, the beach cleanup program provided a channel for activists to come together and join forces to leave special places better than how we found them,” Hart said.

As these beach cleanups get studied and analyzed, one thing that Surfrider has noticed is the prevalence of balloon pollution. Next to cigarette butts, mylar balloons are a personal pet peeve of mine.

I see them on the beach and in the water fairly regularly, and it’s infuriating. The mylar balloons don’t break down and wreak serious havoc on marine life. Surfrider has gone so far as to create a Balloon Policy Toolkit to help with developing laws and regulations that make sense.

“Balloon pollution is harmful to humans, wildlife and the planet, and just within the last six years, nearly 9,000 balloons have been collected during Surfrider beach cleanups,” Hart said.

Perhaps surprisingly, balloons are big business. A report issued by Orbis Research noted that balloon sales worldwide are expected to top $877 million by 2025. Sales in the U.S. are on the up and up, with more than $132 million in 2018. In 1990, California enacted the Balloon Law to help regulate the sale of balloons.

Surfrider’s Beach Cleanup Report is compiled not to shame certain industries, but rather highlight the pollution problems U.S. beaches are facing to hopefully create solutions that work for everyone.

“By collecting data during cleanups, we can get detailed information about top littered items and use this data to influence policies at local, state and national levels,” Hart said.

In a conversation with The Surfer’s Journal’s Steve Pezman some years ago, he explained how if every surfer picked up a few pieces of trash after they were done surfing, the beaches would be happier places—and cleaner. It doesn’t take much time, and as the old adage goes, many hands make less work.

As Surfrider has proved with its report, we all have a role to play, and we can all make an impact.