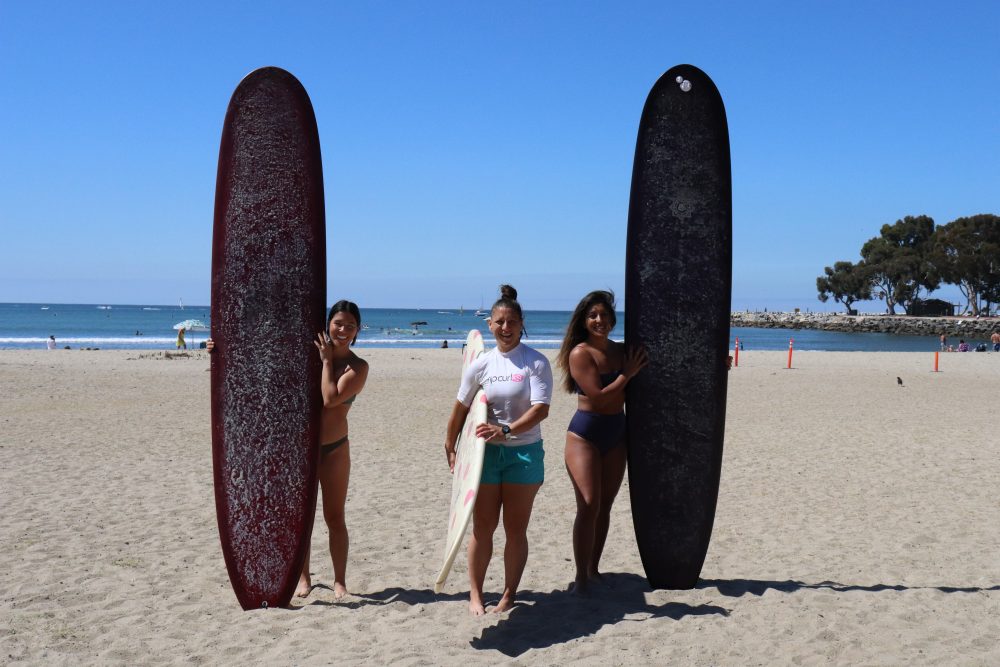 A new surf club has emerged to bring a community to those who don’t have one. Dr. Cassie Comely, Vanessa Yeager and Giselle Carrillo founded the Latinx Surf Club about a year ago, but it had been in the works for a couple of years. The club’s kickoff event united Latinx surfers for a day of surf at Doheny State Beach on Saturday, July 20.

“Latinx” is a gender-neutral term used in lieu of Latino or Latina in reference to Latin American culture or identity.

Carrillo and Yeager met through Instagram and became fast friends, united in the goal to help others make it to the ocean. Both from East Los Angeles, they recognized it’s hard to get to the ocean and to jump into a sport that doesn’t provide a whole lot of representation.

The two connected with Comely, also from the Los Angeles area, through her dissertation about Mexican American experiences of exclusion and inclusion in predominantly white male sporting spaces. Comely also focused on the ways Mexican Americans form communities and construct more inclusive sporting practices and spaces.

“A lot of people that I talked to for my dissertation were also looking for a community,” Comely said. Most of the individuals Comely spoke to were either Mexican American or identified as on the Latinx spectrum.

“We don’t exclude anyone in our group, but we are trying to raise awareness about a particular group that is understudied and underrepresented in the community,” Comely said.

The trio stages events, similar to the one held on July 20, at beaches throughout Southern California, as well as providing boards, encouragement and a community for those seeking one.