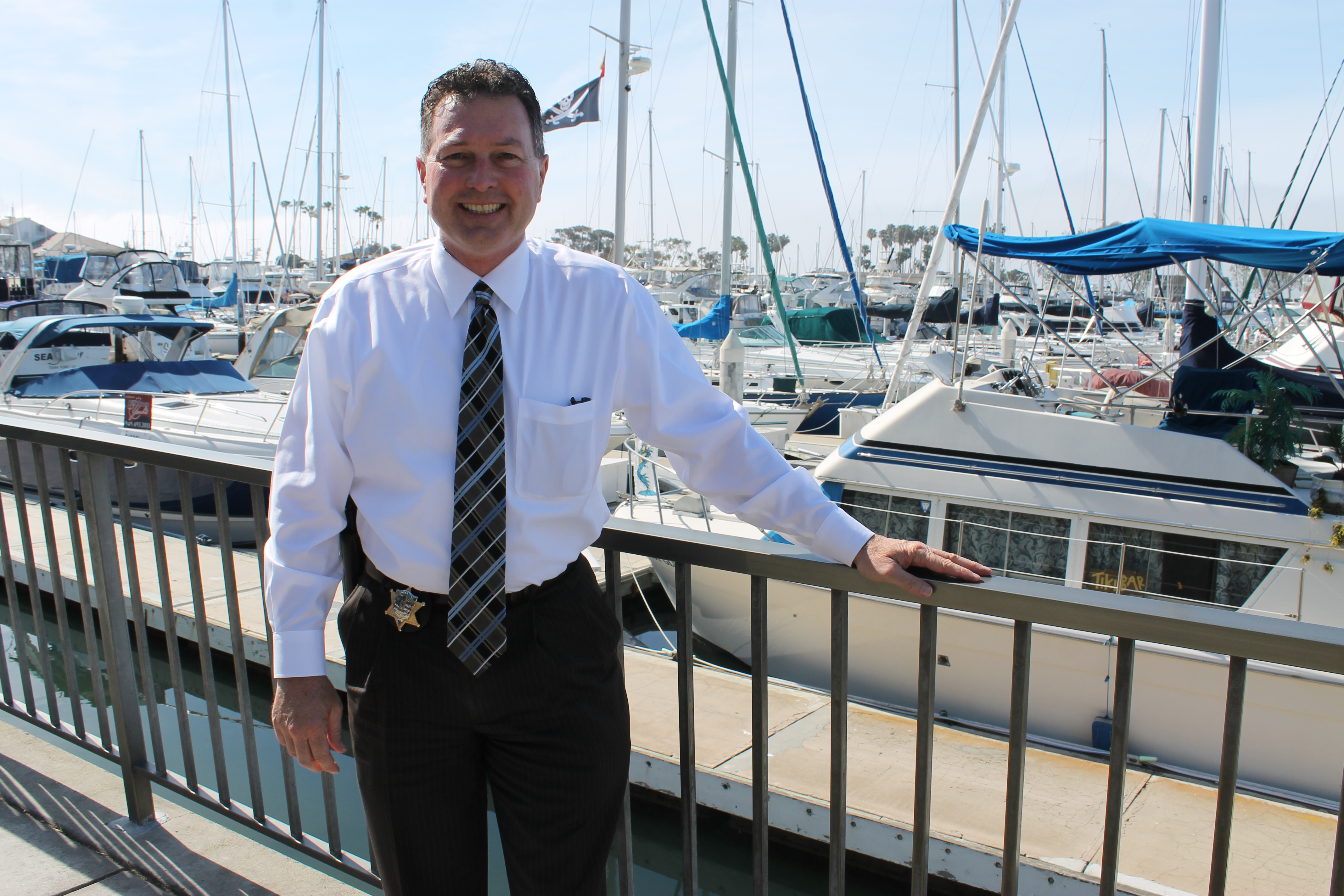 Dana Point Police Services will see a changing of the guard Friday, April 11 as Lt. Lynn Koehmstedt leaves his post, as chief, for one at Orange County Sheriff’s Department headquarters in Santa Ana.

A 28-year force veteran, Koehmstedt, has been promoted to mutual-aid coordinator with the department’s Homeland Security Division. In his new role, Koehmstedt will coordinate forces from multiple agencies during instances of civil unrest or natural disasters, such as the La Habra earthquake that struck March 28.

Koehmstedt came to Dana Point in June 2007 and served as administrative sergeant until 2011.

That year he was named Deputy of the Year by Veterans of Foreign Wars Post 9934 in Dana Point. Koehmstedt had a brief stint with OCSD’s emergency operations center before returning as chief of police services in March 2012 after the retirement of former chief Lt. Mark Levy.

Public outreach programs such as “Hide It, Lock It or Lose It,” which aims to lower thefts, the drug take back box, offering residents a safe place to dispose of prescription drugs, and active shooter trainings at Dana Hills High School, have grown from Levy’s to Koehmstedt’s tenure to serve as models for similar initiatives throughout the county.

Locally, crime is down by 27 percent in the first quarter of 2014 as compared to last year, Koehmstedt said, a true testament to the work of deputies, and educational efforts, in town.

The sheriff’s department, which contracts with the city to provide law enforcement, didn’t have to look far for Koehmstedt’s replacement.

Former city councilman and OCSD employee, Lt. Russ Chilton, will take the reins. Chilton, a Dana Point resident since 1995, came to town as a patrolman in 1988. He recently served with Dana Point’s police services before being promoted to lieutenant.

“He will be able to jump right in,” Koehmstedt said of the longtime resident.

Koemhstedt said leaving Dana Point is bittersweet, but expressed excitement over being able to serve the county at large.