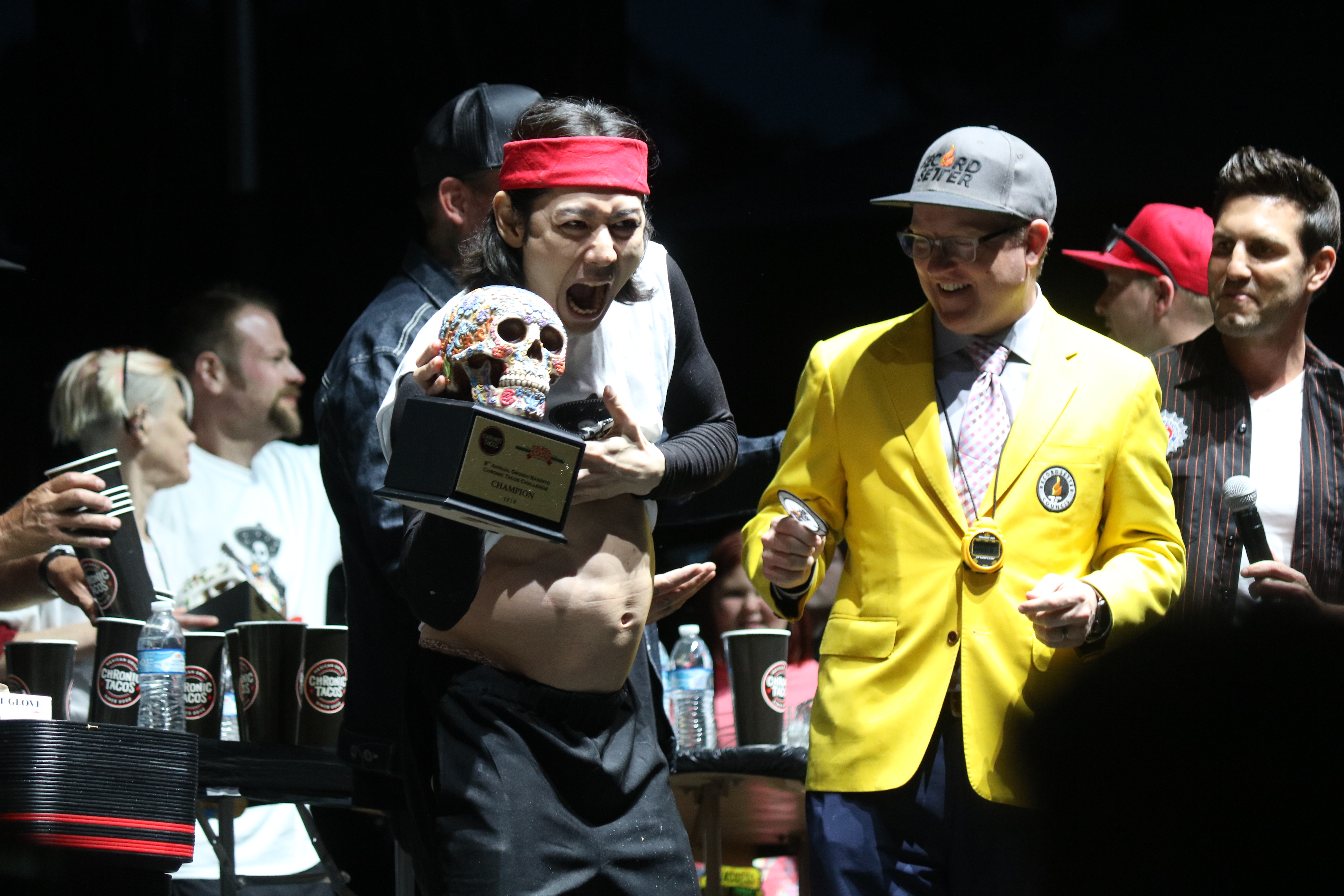 Kobayashi wolfed down 157 street-style tacos within 10 minutes to hold off Molly Schuyler (146 tacos) in the same event he set the world record of 159 tacos last year.

“She definitely kept me on my toes and pushed me through the competition,” Kobayashi said of Schuyler after claiming another trophy.

During the competition, fellow competitor Naader Reden had to receive the Heimlich maneuver when he began choking on his tacos. Soon thereafter, he rejoined the taco-eating challenge. Corey Henderson, the CEO for RecordSetter.com, was on stage to get an official count for the first time.