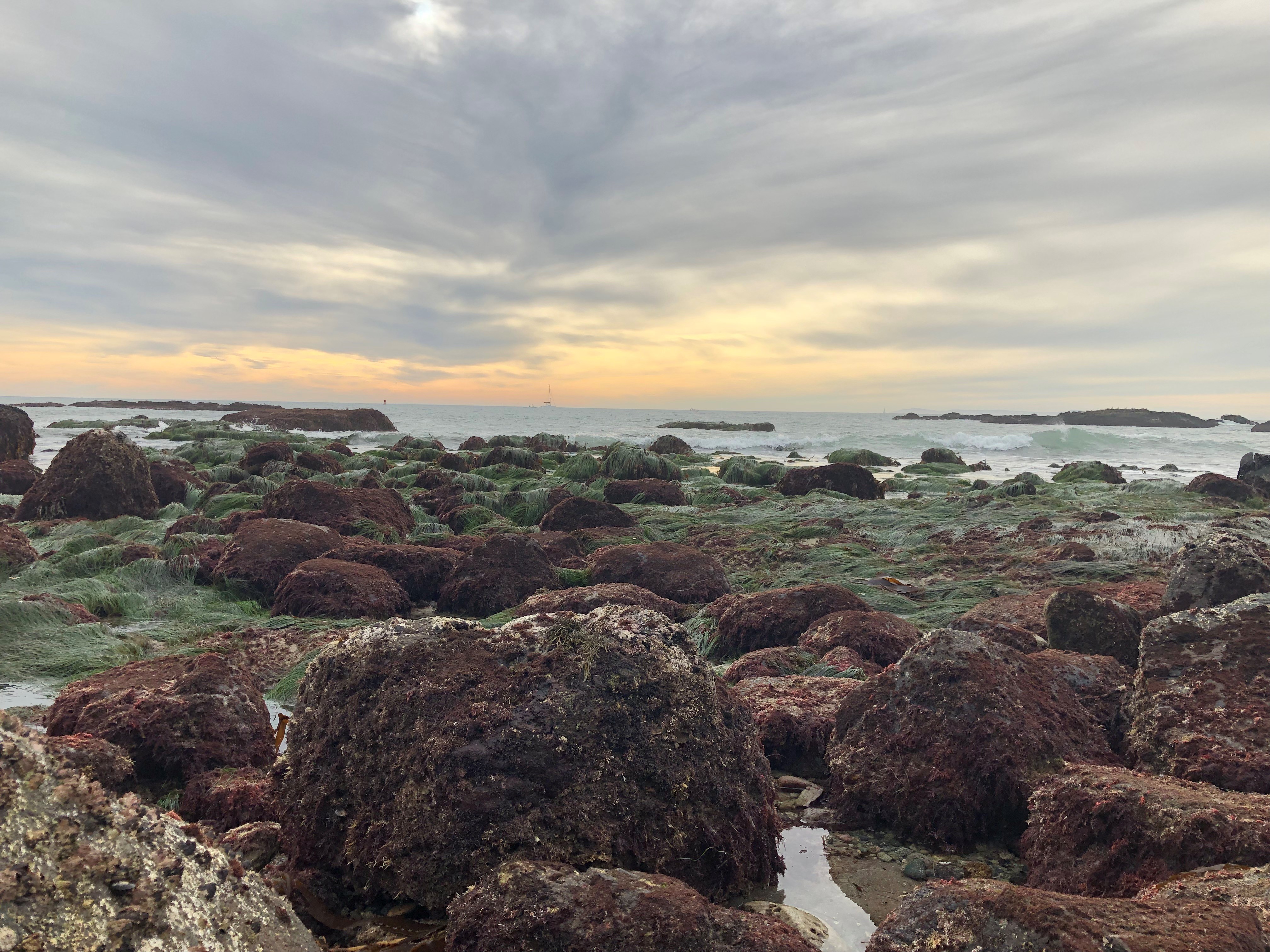 The Feb. 8-9 weekend will see a phenomenon of an especially high tide event for the second time this year, and several agencies are asking the public to help document the event with photos and video.

While the “king tide” isn’t technically a scientific term, the California Coastal Commission refers to the phrase and phenomenon to illustrate and contextualize the potential impacts of sea level rise (SLR). When king tides occur during floods or storms, water levels can rise higher and have the potential to cause great damage to the coastline and coastal property, in a way that can offer insight on future effects of sea level rise. The most recent king tide event was Jan. 10-12.

The peak of the king tides will occur roughly at 6:30 a.m. both Saturday and Sunday. Ocean Institute in Dana Point will be leading a guided king tide tour on each day at 10:30-11 a.m. While the tours won’t be during the peak tide, attendees will still see the differences in tide, says tour guide Kelsey Reimer.

Reimer also led tours during the January tide event. She says the tours are opportunities for the public to learn more about sea level rise and to address misconceptions.

“One common thing I hear is people saying 1-2 feet of sea level rise is not a big deal,” Reimer said. “We are already experiencing extreme weather. With the extra 1-2 feet, it’s going to pile onto that damage. There would be flooding in areas not prone to flooding previously.”

The City of Dana Point recently completed a Sea Level Rise Vulnerability Assessment and found that for the 2050 time horizon, the “likely” range of SLR is between 0.7-1.2 feet, which means there is a 66% probability that SLR will fall within this range.

After tours, attendees are able to walk away with more context and awareness, Reimer says.

“Water is an extremely destructive force. It’s not just something that looks nice in sunset pictures,” Reimer said. “Sea level rise could cause us to spend millions of taxpayer dollars on infrastructure. It’s important for people to understand the extremity of sea level rise.”

“By documenting and sharing photos and sharing what they notice, participants will help others understand that they’re part of a community that cares about climate change,” a CCC news release stated. “In addition, the images shared by the public are used by State and local officials as well as climate change researchers to validate sea level rise models and better assess local flood vulnerabilities.”

The content will also be available for educators, students, and the general public to explore flooding impacts on the shoreline and to visualize near-term climate change

For several decades, Surfrider Foundation has monitored development and coastal erosion along the shoreline. Stefanie Sekich-Quinn is the coastal preservation manager for the foundation’s Climate Change and Coastal Preservation Initiative.

“There’s been an uptick in extreme weather events, and we don’t see that getting any better,” Sekich-Quinn said. “When you have a king tide lapping up against a community, it can give you a bird’s-eye view of what we could need to do in the future to mitigate.”

The CCC is encouraging the public to document current flood risk in coastal areas through video and photos. For those who would like to participate in the commission’s King Tides Project, use your smart phone to take and upload photos of king tides through the King Tides Photo Upload form at coastal.ca.gov/kingtides.

“The tides are going to be most noticeable in lower-lying areas, like a low-lying sidewalk,” said Sekich-Quinn. “If you can safely do so, take a picture of anything you think is striking . . . see how a wave goes up against infrastructure.”

The CCC cautions the public to be safe and take extra precautions when walking on slippery areas or near big waves. Do not turn your back on the ocean and be mindful of shore birds taking refuge in areas above the shoreline. If you post your images to social media, the CCC will like and share photos with the hashtag #kingtides.

“It’s one of those things where in today’s world, everything is delicate, with trigger words like ‘climate change,’ ” Reimer said. “When we have a program that gets people out, they collect the data, upload it and see how it’s published and used for research . . . that’s a new level of transparency—a kind of transparency that we haven’t seen in the past. If we experience it together, then we get to learn about it together.”

Visit oceaninstitute.org to book a reservation for one of the weekend king tide tours. Admission is $5 per person and free for Ocean Institute members.