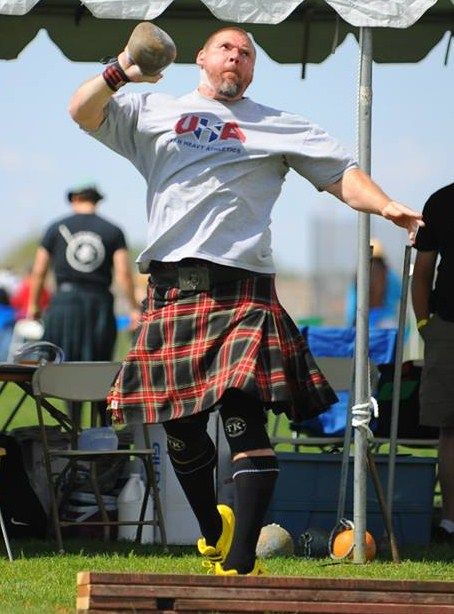 Kilts Optional as Strongmen and Celtic Clans Come to Town

Like many kids, Dana Point resident Francis Brebner tried out many sports before discovering his true athletic calling in his native Scotland.

However, rather than playing typical American sports like soccer, football or basketball, Brebner chose to partake in something different, a sport that involves kilts and bagpipes: the Highland Games.

He is now bringing the “Games” to Dana Point this weekend, Saturday and Sunday, August 24 and 25, as part of the California Celtic Classic at Sea Terrace Community Park.

“I think that the California Celtic Classic will grow into one of the best on the International circuit because of the fantastic location of Dana Point and its many amenities for travelers who wish to attend the games and vacation in one of the best sunny beach communities in the United States,” Brebner said.

Those who aren’t familiar with the Highland Games, they have a rich history dating back to 632 B.C. in Ireland, and in fact, served as an inspiration for the modern-day Olympics. The games include a variety of sporting events such as the hammer throw, stone putt, caber toss—which involves a large, wooden post—and many other weight-lifting related contests.

“It is such an old and unique game,” Brebner said. “I fell in love with it and many others have come to do so as well.”

Brebner, who relocated to Southern California from Peterhead, Scotland in 2003, was a top-ranked professional during his 18 years of competing in the Highland Games internationally. His accomplishments include winning the World Highland Games Championships and World Caber Tossing Championships a record seven times, along with an array of other championship titles.

After retiring from competition at age 37 in 2003, due to a severe back injury, Brebner turned his focus to spreading the influence of the Highland Games internationally.

“I have had a vision and a strong desire to stage a major Highland Games Championship, which has now come to fruition thanks to the city of Dana Point,” he said.

In 2001, he founded the International Highland Games Federation, which aims to promote and establish the Scottish traditions wherever possible, and to encourage young athletes to participate as well. The IHGF is now recognized worldwide as the governing body of the Highland Games, which has 23 affiliated countries to date, including the United States.

“It’s really taken off in the last 10 years, especially in America,” Brebner said. “Other countries like France and Germany have gotten involved as well and it has really evolved as a sport.”

As in any other competitive circuit, the IHGF has a series of championship events in place which enables amateur athletes to work their way up through the ranks to become professionals.

The event will also include a strong man competition, where 10 of California’s top strength athletes are set to compete in over two days of competition.

For those who don’t have the strength to lift 100-pound dumb bells, or throw a log off their heads, there will be a weekend-long festival that will give any outsider a taste of the Highland Games.

“The festival will resemble medieval Scotland that everyone will be able to feel,” Brebner said. “No stone is left unturned.”

In Southern California’s version of the Highland Games, there will be a Celtic food fair, live music and dancing, a haggis eating contest, clan gathering and a Celtic marketplace for all to experience.

Brebner said he is ecstatic about finally being able to bring the Highland Games and a piece of Scotland to Southern California and looks forward to seeing this sport grow in the region for the many years to come.

The California Celtic Classic and World Highland Games will be held Saturday and Sunday, August 24 and 25, at Sea Terrace Community Park, at the corner of Pacific Coast Highway and Niguel Road, from 10 a.m. to 6 p.m. Cost is $10 in advance or $15 at the door. Kids under 13 are free.

A free shuttle service is available from Dana Hills High School, 33333 Golden Lantern, as parking near the park is limited. For more information or to purchase tickets, log on to www.calcelticclassic.com.