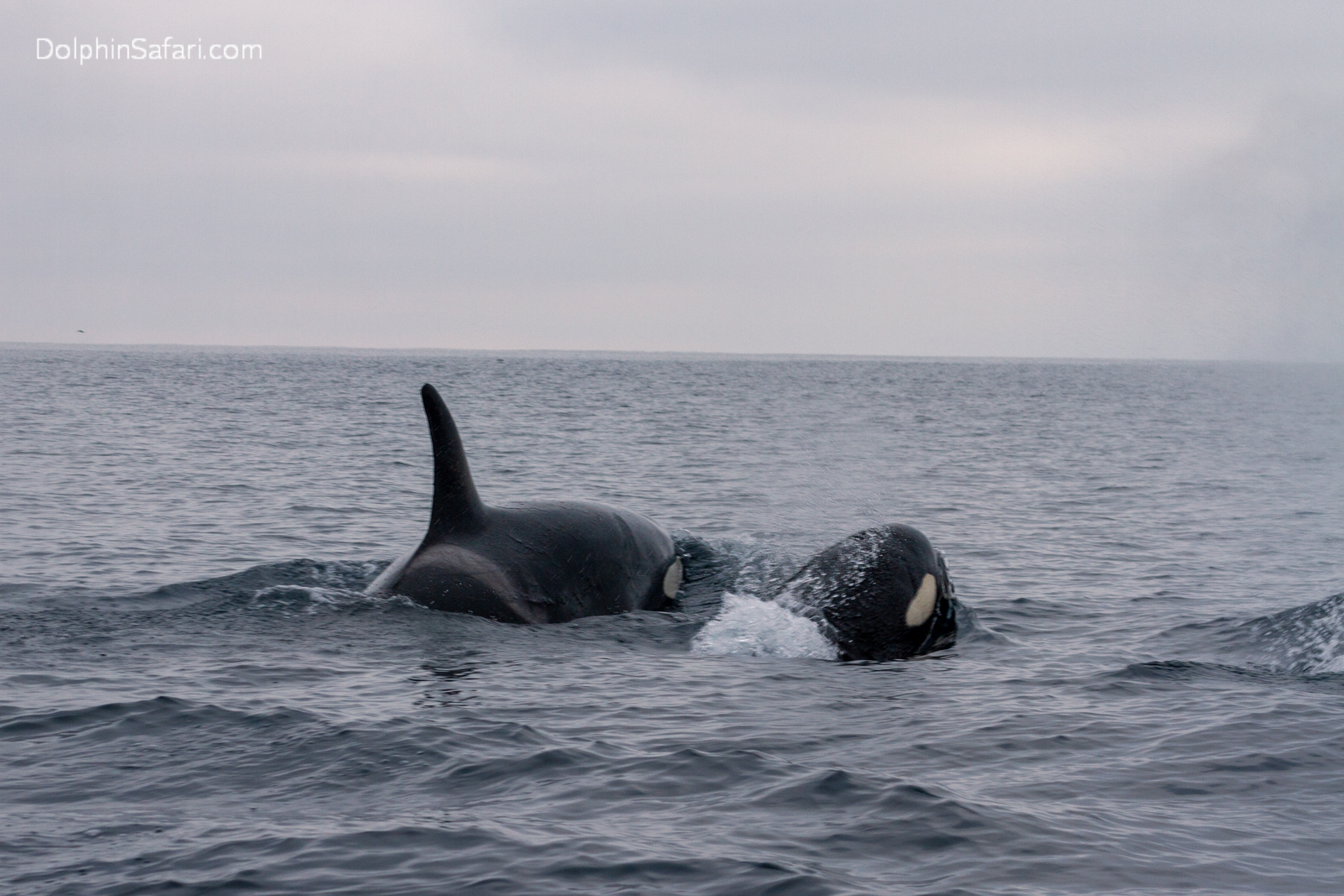 Lucky whale watchers caught a rare sighting of several orcas, or killer whales, off the coast of Orange County on Thursday, Dec. 2.

Lead Research Biologist Alisa Schulman-Janiger from the California Killer Whale Project, which studies Orca’s ecology and natural history, identified the pod as offshore killer whales. The large male Orca was identified as O362 and the adult female was O104, though her offspring have yet to be named.

While Orcas are infrequently seen in coastal waters and rarely seen off of Southern California, when they are sighted, it’s not uncommon to find them in large pods of 30 to 50 or more.

Although the last time Orcas were seen near Dana Point was two years ago, this particular pod was last seen in 2015.

“Being able to see the beautiful group of wild orca with all the folks on our team was such a gift,” Gisele Anderson, Capt. Dave’s Dolphin and Whale Watching Safari co-owner said in a press release. “The ability to see killer whales, a blue whale, a gray whale, and a fin whale all within two weeks is just one more reason why Dana Point is the Dolphin and Whale Capital of the World.”

Dana Point has an abundance of whales and dolphins to see year-round. According to the press release, Dana Point has “more dolphins per square mile than anywhere in the world.”

The City of Dana Point was named the Whale Capital of the World in 2019 and a Whale Heritage site by the World Cetacean Alliance in 2020. Dana Point’s Festival of Whales is the longest-running celebration of the gray whale, the city’s biggest migratory whale. The city will be celebrating the 51st annual Festival of Whales this coming March.