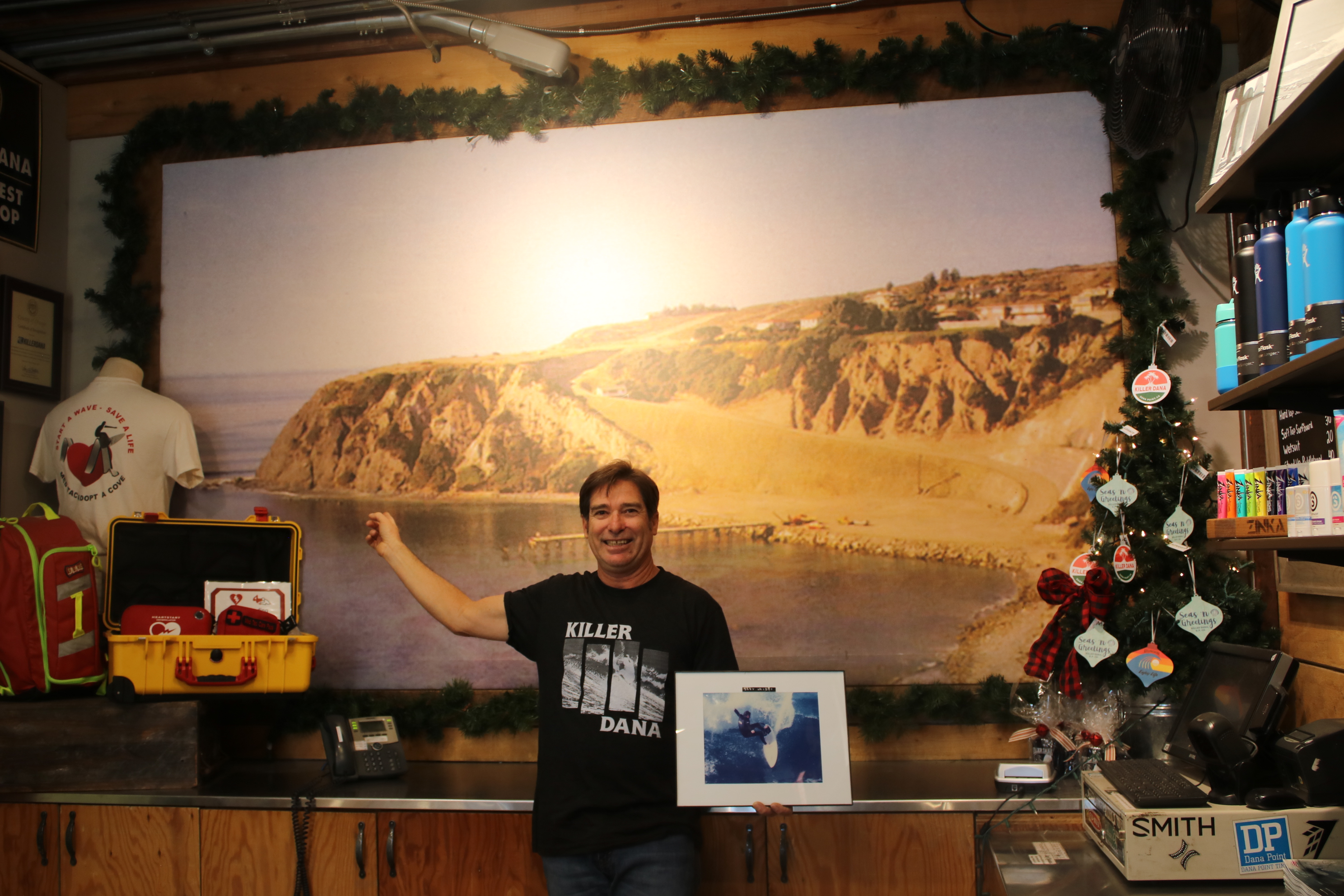 Local surf shop Killer Dana will close out 2019 with two major milestones: a shop opening in Dana Point Harbor and the return of its original founder, Gary Wright.

Wright, who grew up in Dana Point, originally opened Killer Dana in 1991 with his savings and a small bank loan. The first shop was about 800 square feet and had about 20 new boards on the rack.

“I decided Dana Point needed a community-core surf shop,” Wright said. “As a lifelong resident, I wanted to preserve the history and culture of surf in Dana Point and celebrate our local roots.”

While Killer Dana has gone through the ups and downs of the economy, with multiple stores in other cities and varying square footage, the original shop has always maintained its location at 24621 Del Prado.

Wright had sold the store in 2007 to a corporate entity in order to devote more time to music.

“I could see that that corporate ownership was driving the shop away from having more community presence,” Wright said. “In 2017, a group of locals wanted to help drive it back to the community.”

The current ownership group, Killer Dana LLC, is comprised of Mike and Carrie Foster, and Steve Dunn. Wright has returned to Killer Dana to serve as a brand ambassador and to assist in boosting its community presence.

“I really respected the direction these guys were taking the business, and I wanted to be a part of that,” Wright said. “I’m really impressed and grateful for the hard work that’s gone into maintaining Killer Dana’s Authenticity.”

Killer Dana’s name pays tribute to a surf spot known as “Killer Dana” before the original construction of the Dana Point Harbor in the 1960s. Now that the harbor will undergo a revitalization under the leadership of Dana Point Harbor Partners, it’s as if Killer Dana is returning home, Wright says.

“There’s no better report card than hearing from the founder of the business that we’re doing a good job and that he’d like to be part of it again,” Mike Foster said. “We’re going to continue building a welcoming and positive space for surf in this community.”