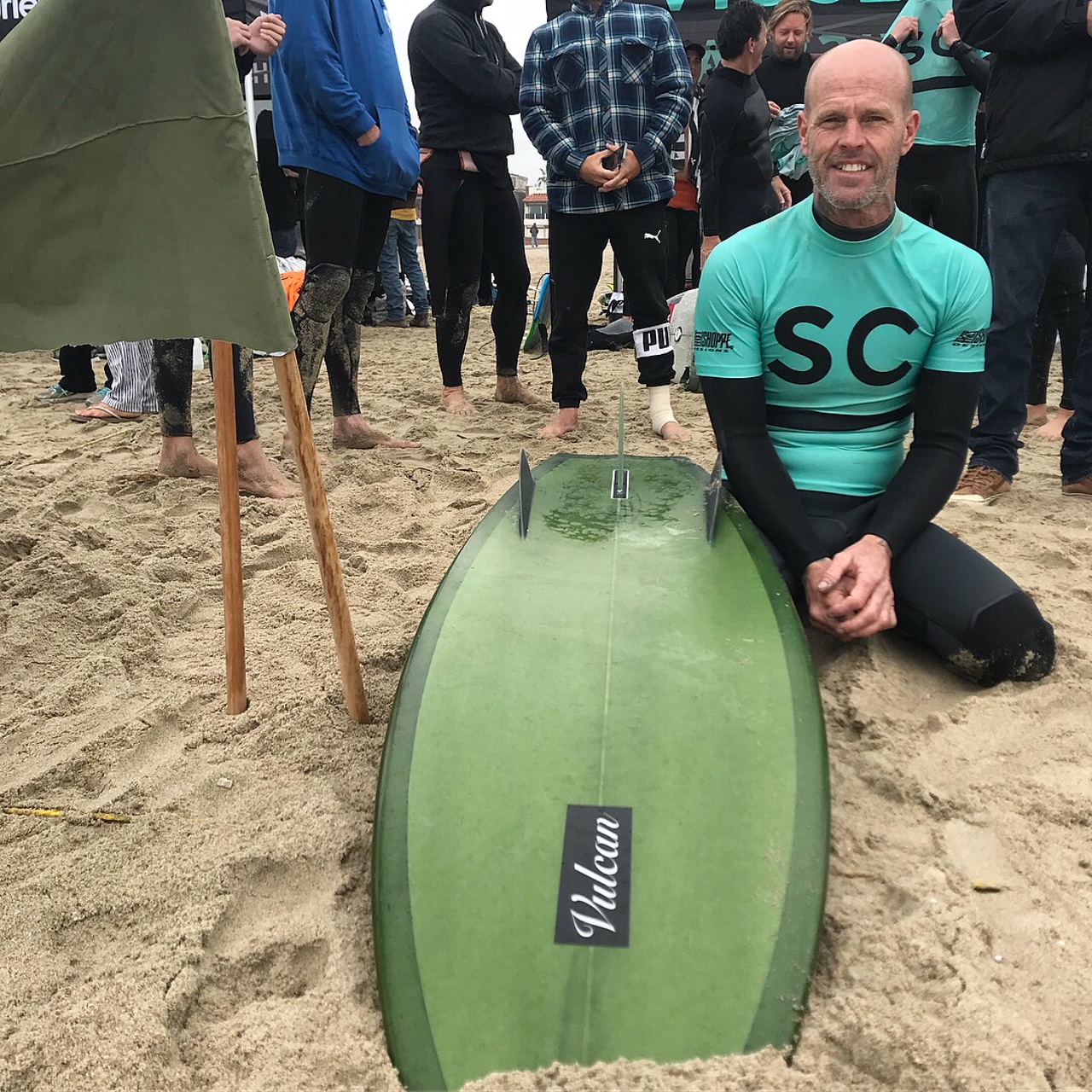 If you start, don’t stop

In the early ’90s, the hottest up-and-coming surf talent around America could be found on the U.S. Bud Pro Tour. From San Clemente’s own Shane Beschen, to a spindly-legged Rob Machado, to the late, great Chris Brown, they all launched their pro careers on this nationwide series of events.

But beyond providing a platform for aspiring pros, it also gave young surf fans—like myself at the time—a chance to rub elbows with the heroes we saw in the magazines.

I’ll never forget standing on the boardwalk at Ocean Beach in San Francisco as a 13-year-old, when Matt “Archy” Archbold, fresh out of the water after a demanding heat, explained to one of his nearby buddies that the heavy shorebreak had ripped the watch off his wrist.

My family had already conditioned me to fear the worst at Ocean Beach because of the “sleeper waves” and “undertow,” which made the loss of Archy’s watch seem even more dramatic and hardcore.

Pro surfing was never in the cards for me, but when I finished college with a degree in English, I told my folks that I wanted to figure out a career in surfing. They must have been so bummed, but like the good parents they were, they supported my decision.

After a stint lifeguarding and writing dawn patrol surf reports for Surfline, I landed a job at Surfer magazine, which included taking out the trash, scrubbing toilets and answering phones when the receptionist took her lunch break.

Working my way up to an editor position, in 2007 I was lucky enough to work on the guest editor edition of Surfer with brothers Bruce and Andy Irons. During that process, I came to learn that Archy was Andy’s favorite surfer.

“His surfing was so raw and powerful, he was radical,” explained Andy, the three-time world champion.

At one point, I found myself on the beach at Lowers with local legend Herbie Fletcher, watching the Irons boys and their crew destroy the A-frame peaks. Fletcher and I got to talking about them, as well as his sons Nathan and Christian.

That statement has stuck with me ever since. When I caught up with Archy for an interview for The Surfer’s Journal some years back, he agreed with the sentiment.

“I live by that,” said Archy. “I don’t think there’s much difference of who you are in the water versus who you are on land. It’s your attitude. It’s where you grow up. It’s who you are. Herbie’s right.”

Today, at 53 years young, Archy’s surfing better than ever. Lean and fit, he prefers to avoid the crowds, but he’s as fast and sharp as ever.

“I want to see power surfing. When I was growing up, that’s what I was looking up to—just pure power surfing. Speed and style, I just love that,” Archy continued. “That’s what I love about surfing. You can do whatever you want to do on the wave, not what someone else wants you to do. That’s why I’m still surfing today.”

After 30 years, a lot has changed since I was a grom on the boardwalk at Ocean Beach, but as Archy so perfectly notes, good surfing remains the same.