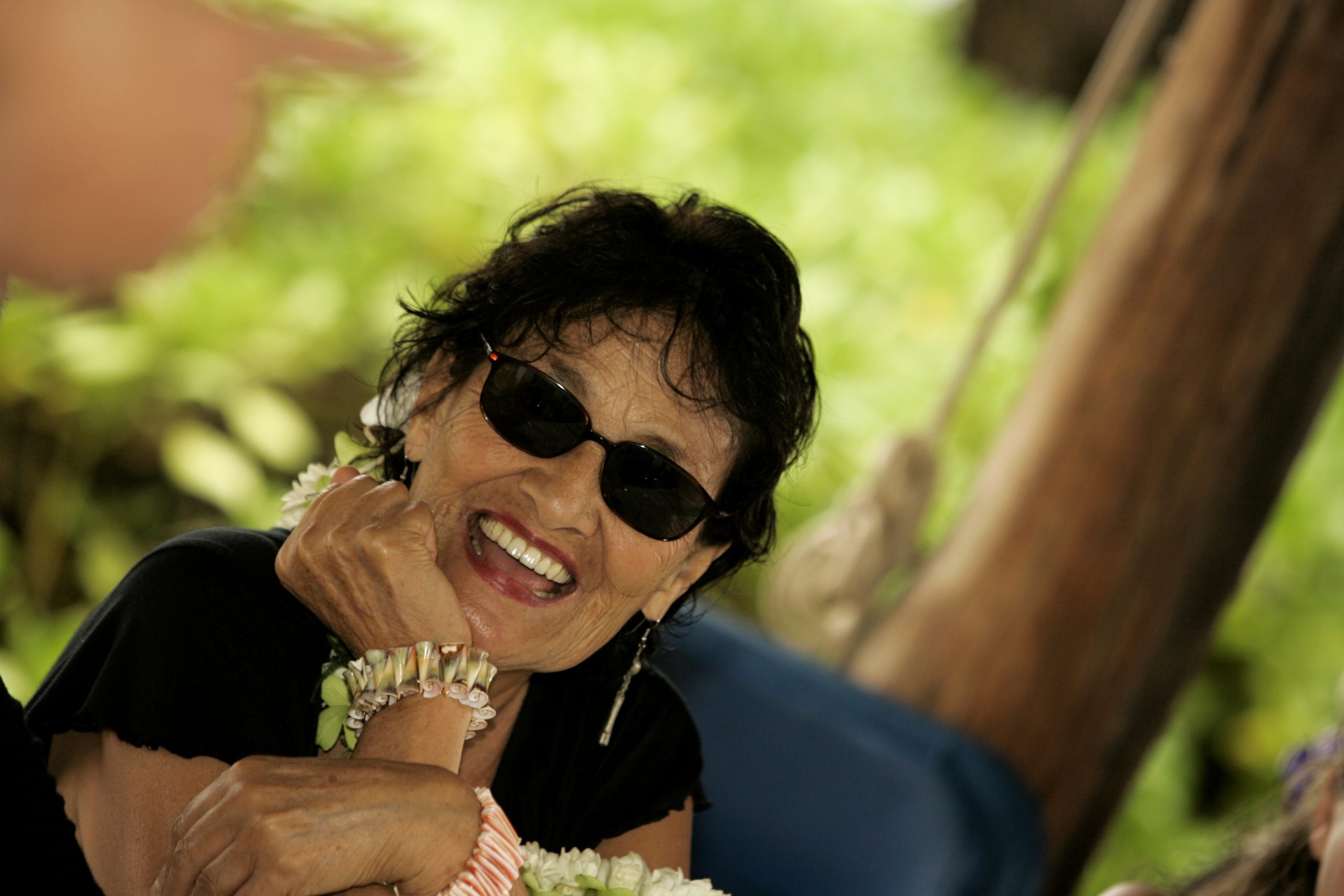 Juliette Paez Paskowitz, the matriarch of one of surfing’s most storied families, died peacefully in San Clemente on May 3 at 89.

The mother of nine children raised primarily in oversized campers, Juliette, along with her husband—surfing legend Dorian “Doc” Paskowitz—would live a remarkable odyssey and pioneer the living embodiment of surfing’s nomadic lifestyle, which became famous worldwide.

Her family would have movies, books and countless articles written about them, but through it all, Juliette was the upbeat, patient (some would say saintly) mother figure whose humor, wisdom and devotion held together a seven-decade marriage and was the bedrock of a dynasty including 27 grandchildren and six great-grandchildren.

One of eight children, Juliette was born in 1932 in Long Beach and was the last surviving member of the Paez family. When she met Dorian, a dashing lifeguard and surfer who had just received his medical license, it was love at second sight.

Just in her early 20s, she had already graduated from Long Beach State and was working as an opera singer who had found work as a vocalist for the prestigious Roger Wagner Chorale group. They met on Catalina Island, a romantic locale that fit their lifelong passion for adventure.

Their offspring—David, Jonathan, Abraham, Israel, Moses, Adam, Salvador, daughter Navah and Joshua—was a conundrum of a family that defied all the conventions of their time, and yet it succeeded on some fundamental and simultaneously mythic level.

Juliette’s contribution to this gypsy-like tribe cannot be underestimated.

“My mom had such natural strength,” said Jonathan. “And she supported Doc’s vision—and let him live his dream.”

“Mommy was the one who kept it all together,” remembered Abraham. “How she managed to do it all, no one will ever know.”

Joshua said his mom’s strength informed his own perspective of women.

“She was tall, and dignified, and loving,” he said. “We saw women as beautiful—but to be respected.”

Stories of the Paskowitz clan—dubbed by the New York Times as the “First Family of Surfing”—have become part of surfing culture’s heritage.

The proof of the experiment was the success they have all found in their adult lives.

David, the eldest son, followed his mother’s passion, becoming the lead singer in the infamous horror-surf-rock band Johnny Monster and the Nightmares. He recorded an album and was the focus of an animated movie, Return to Monster Island. He continues to create, produce, and write music.

Jonathan was a U.S. national longboard champion who pioneered Black Flys, a sunglasses company, and was head of marketing for Gotcha, a global sportswear company. Since 1998, Jonathan has been freelancing, eventually becoming the president of Lightning Bolt USA.

“It was a wild, wacky, weird and wonderful upbringing,” Jonathan has observed. “But I don’t think I would have changed it for the world.”

Israel, who married into another San Clemente surf dynasty when he found Danielle Brawner, implemented his mother’s nurturing side as well as her quiet drive. After winning the World Longboard Championships, he and Danielle founded Surfers Healing, a nonprofit school for challenged children.

“Juliette was the rock,” he said.

Moses, the only son to forsake surfing as a lifetime pursuit, nonetheless says, “Everything that has happened to me comes from surfing—and probably my mom.”

At 6 foot, 2 inches, and 265 pounds, Moses played football at Saddleback College as an outside linebacker, earning a football scholarship to the University of Las Vegas before injuries halted that career.

He joined the Teamsters union for the motion picture industry, earned a SAG card and was credited on many films. But eventually, he moved to his beloved Hawaii, attaining a real estate license in a successful third career.

“My mother was so elegant, so classy,” Moses remembered. “She was like the Mexican Princess Grace Kelly; who else could be living in a camper and listening to classical opera?”

Abraham, a middle child of multiple talents, was a Chart House employee for decades, produced surf contests nationwide and became an acclaimed chef at The Ritz-Carlton. He now owns his own thriving skateboard and surf products business.

Adam chose the musician’s path, founding the Fly’s, a band with his brother Joshua, toured nationally and had a 1998 alternative top five hit “Got You (Where I Want You).” The song’s video was featured on their second album Holiday Man in 1998 and also appeared on the soundtrack for the 1998 film Disturbing Behavior.

“She was always there for us,” he said.

Salvador also gravitated toward film, developing his talent as a screenwriter and producer. His writing credits include The Age of Adaline, and recently wrote the screenplay for the Justin Baldoni film Alive Inside, which will debut in fall 2021.

“She was this amazing mother to us, and an international surf icon to the world,” Sal commented. “But in her own heart, she also kind of always remained that kind-hearted, sweet little girl from Long Beach.”

Navah, the only female in the brood, is the executive director and founder of The Ed Asner Family Center, providing instruction to children, teens, and adults, exclusively working with special needs surf therapy. She founded and named the nonprofit after her father-in-law, the renowned actor Ed Asner, and is married to Matthew Asner, the president of The Ed Asner Family Center.

“It was a magical experience growing up,” Navah admitted. “We’d come down to San Onofre; it was our home. We couldn’t imagine anything better than living like we did.”

“She gave him the opportunity to be the great person he ended up being,” he said. “Mom was the practical person who allowed that magic to exist.”

After a stint with his brother Adam in the Fly’s, opening for such legendary bands as the Red Hot Chili Peppers, Joshua built a reputation as a well-regarded artist.

“It isn’t the most obvious road to success,” he told me at his mentor Greg Escalante’s memorial, “but it’s all I know.”

Amazing as it would seem in the hyper-competitive 21st century, the eight sons and daughter whom Juliette Paskowitz raised have been remarkably successful in a surprising range of careers.

As any parent will agree, the main goal they wish for their children is to be healthy, happy and be able to take care of themselves and their own family. For Juliette, the knowledge of that achievement was no doubt her crowning glory.

Jim Kempton is a writer, surfer and San Clemente resident. His friendship with the family spans half a century, and incredibly, the clan still allows him to catch a wave in their midst.

Grom of the Week: Xander Fanning