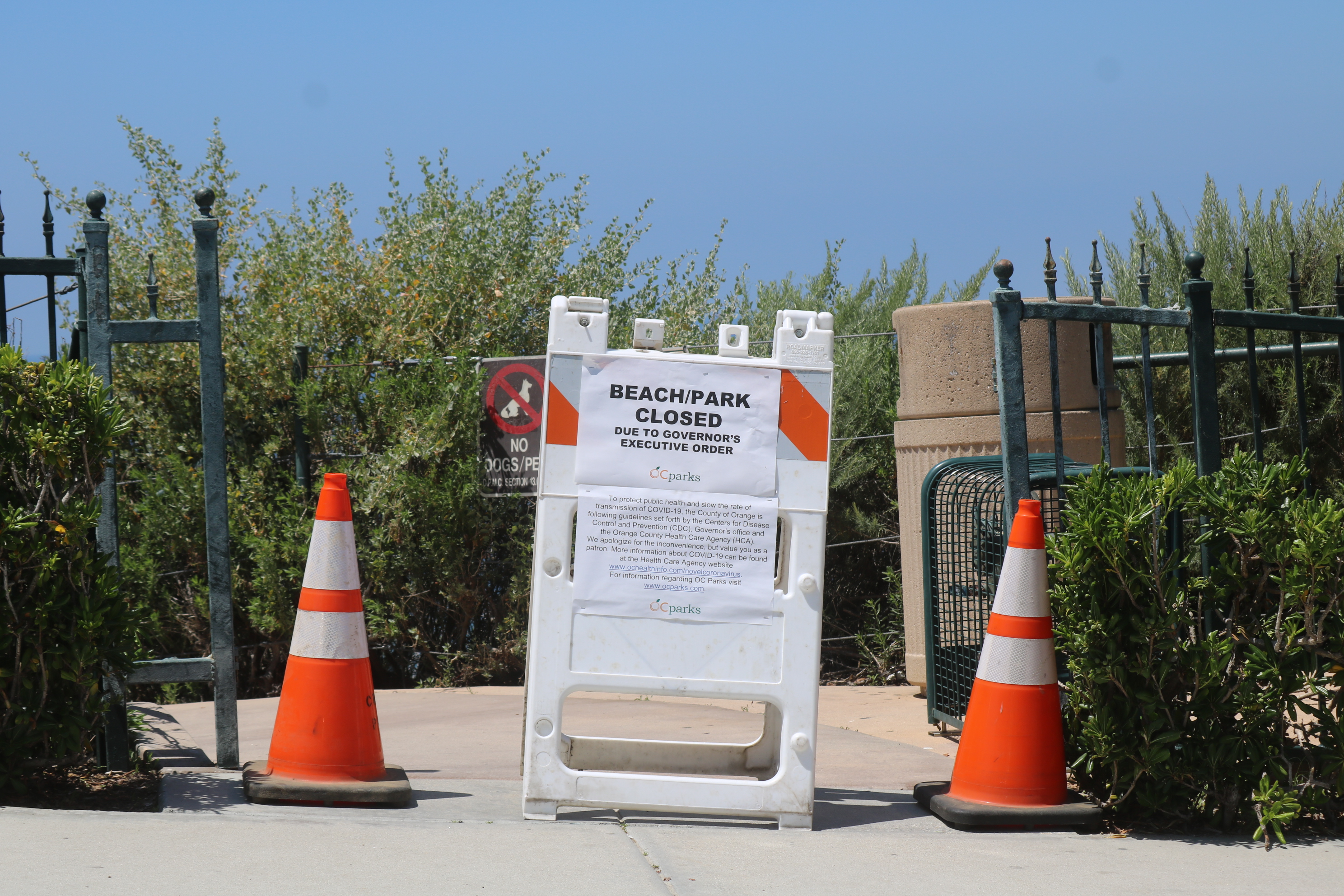 A judge denied a request from the cities of Dana Point and Huntington Beach to issue a temporary restraining order (TRO) against Gov. Gavin Newsom’s directive to close county beaches.

The request for a further hearing on a preliminary injunction was, however, granted by the court, and will be held Monday, May 11, at 2 p.m.

At this time, beaches remain closed per Gov. Newsom’s order.

Prior to pursuing legal action, city council had held an emergency meeting on Thursday, April 30, in light of the governor’s announcement. Municipalities across the state’s coastline anticipated beach closures after a memo from the California Police Chiefs Association sent to police chiefs throughout the state was leaked to the press.

Newsom on Thursday clarified that “we are going to do a hard close just in that part of the state, just that county.” The governor also said he hoped it is “a short-term adjustment.”

After meeting in closed session, Muñoz reported out that the motion to participate in the lawsuit was brought forth by City Councilmember Debra Lewis and seconded by Councilmember Paul Wyatt.

The motion passed 4-1, with Lewis opposed.

During a press conference on Friday, May 1, Gov. Newsom said he appreciates “expression and difference of points of view.”

“We’re not ideological,” Newsom said. “We’re open to argument, we’re interested in evidence and the evidence is bearing out that we’re seeing some good things but still some yellow flags.”

In a prepared statement from the Orange County Sheriff’s Department, Sheriff Don Barnes called on the governor to reconsider his order to close the beaches, which he called “wrong and fails to recognize the sacrifices made by our 3 million residents.”

“The people of this County have complied with his directives throughout this pandemic and have taken the measures necessary to ‘flatten the curve,’ oftentimes at the expense of their livelihood and quality of life,” Barnes said in the statement.

He goes on to address the overcrowding at the beaches this past weekend, stating that he saw the majority of those beachgoers acting responsibly while the authorities addressed “instances of unsafe activity in a reasonable manner.”

“I implore the Governor to reconsider his action and work with local authorities, allowing us to address the few while not penalizing the majority,” he continued.

As for San Clemente, a letter from the Governor’s Office of Emergency Services sent to the city on Thursday explains that temporary order went into effect Friday, May 1, prohibiting all activities on the beaches such as sunbathing, walking, running and watersports.

“We are hopeful and confident that we can collaborate with local Orange County leaders to identify measures that can restore safe beach access soon as possible,” the letter states. “But until such time as those measures are in place, this additional step to preserve public health and safety has proven essential.”

The City of Dana Point closed its only city-managed beach Dana Cove on March 23. While parking lots for county and state owned beaches including Salt Creek Beach, Strands Beach, Capistrano Beach and Doheny State Beach have been closed, its beaches had remained open until Newsom’s order.