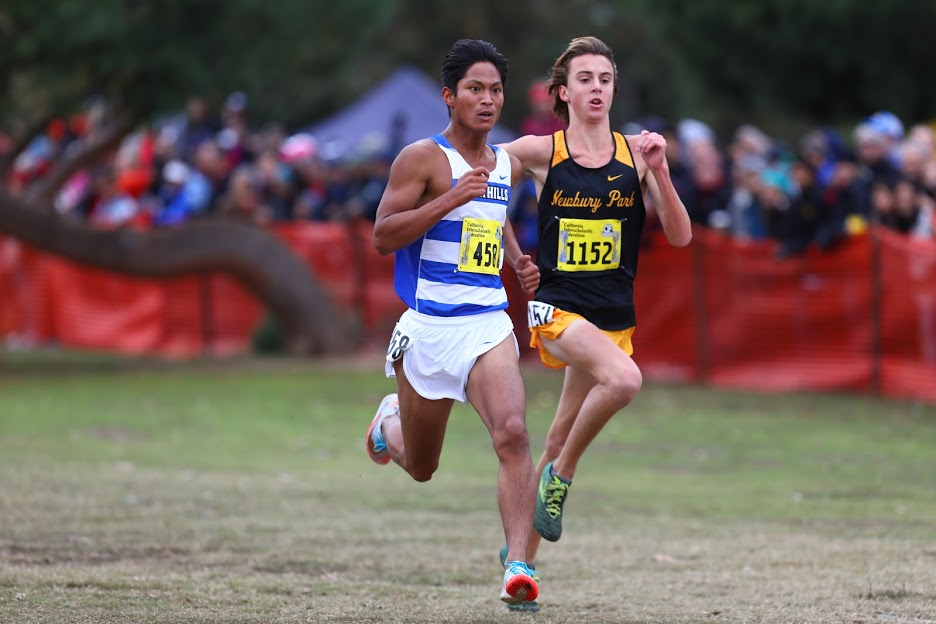 Dana Hills’ top distance runners both planted their flag as two of the county’s best at the Orange County Track and Field Championships on Saturday, March 26, at Mission Viejo High School.

Senior Jai Dawson won two county titles with wins in the boys 800-meter and 1,600-meter runs, and junior Allura Markow won the girls 3,200-meter race to highlight the day for the Dolphins.

Dawson won the 800 in 1:54.56 for his second consecutive county title in the event. Dawson won the event in 1:53.79 last season. The New Zealand native currently holds the third-best 800 time in the state, when he was clocked at 1:50.63 in the ASICS Irvine Invitational on March 12. It was the fastest time in the state at the time, but it has since been passed by Colin and Aaron Sahlman of Newbury Park, who dominated the CIF-SS cross country season.

Markow was the only runner to break up the JSerra’s distance dominance on Saturday.

Markow won the 3,200-meter county title with a personal-record time of 10:56.59 to beat out two JSerra runners in second and third. JSerra freshman Brynn Garcia and junior Anastasia Snodgrass each ran personal records of 11:00.87 and 11:10.31, respectively.

In the 1,600-meter run, JSerra took four of the top five positions, but Markow slid in for the runner-up position in second with a personal-record time of 4:55.62. Markow was just edged out of a county title double, as JSerra senior Ashlee Gallegos finished at 4:55.41, a personal record.

JSerra rode its distance-running contingent to the Orange County girls team championship with 88 points. Los Alamitos was second in the team standings with 66 points, and Dana Hills finished third with 44 points.

Other notable performances for the Dolphins came in the sprints.

Seniors Ava Podolski and Sienna Frederiksen finished fourth and fifth in the girls 200-meter sprint with wind-aided times of 25.6 seconds and 25.62 seconds, respectively. Frederiksen’s time was a personal record.

Frederiksen also posted a personal record in the 400-meter sprint at 58 seconds even for third place.