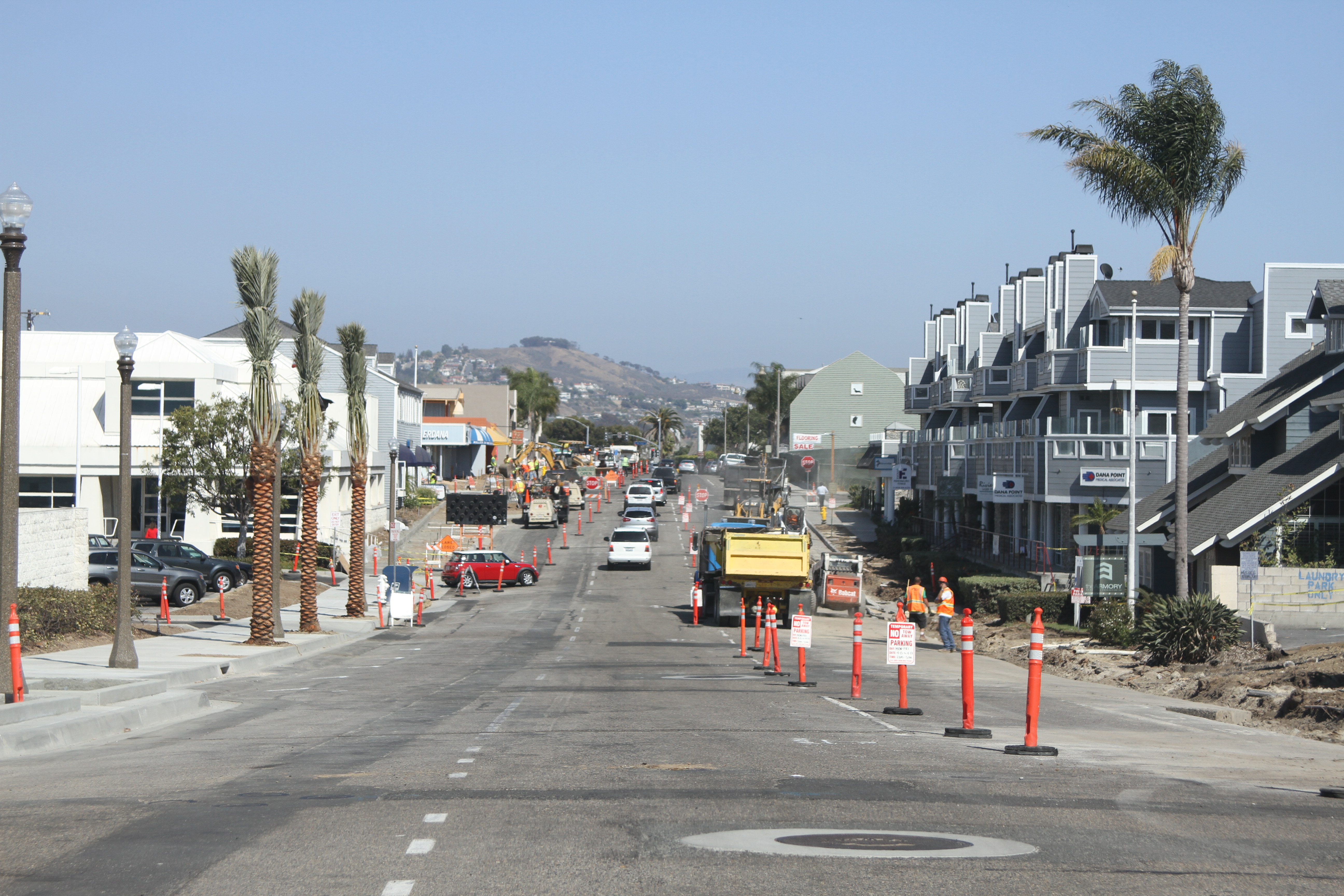 The trio of new commissioners voted in favor of sending the proposal forward by a vote of 3-0 with the two veteran commissioners—April O’Connor and Liz Claus—both recused due to the close proximity of their residences to the Lantern District.

City staff gave an abbreviated version of the presentation explaining the proposal presented at the last Planning Commission meeting on April 27, the final meeting for the three outgoing members of the five-person panel.

At that meeting, Commissioners Gary Newkirk, Susan Whittaker and Norm Denton—with O’Connor and Claus recused—voted to continue the public hearing to Tuesday, allowing for the three new commissioners to decide on the next step for staff’s parking plan proposal.

The trio of new commissioners—Eric Nelson (vice chairman), Scott McKhann and Danni Murphy—were all present at the April 27 meeting and confirmed having studied the proposal and surrounding issues in advance of Tuesday’s meeting, heard public comments and asked questions of staff before agreeing the proposal should move to City Council for a decision.

Policies No. 1 and No. 2, to lease or purchase existing private parking lots and make them available to the public as shared parking, and to implement a coordinated way-finding program, respectively, do not require local coastal program amendments and are therefore currently in various stages of implementation, the city staff report said. Policy No. 5, the implementation of on-street paid parking in the Santa Clara Avenue residential neighborhood would require a Coastal Development Permit and a Municipal Code amendment.

As a continuation of a public hearing, public comments from the April meeting would stand, but a number of commenters added their thoughts, for and against the proposal.

Mike Powers, owner of Greenfield Communications, a fiber optics communication company located on Violet Lantern, spoke in favor of the plan, saying he believes that many speaking out against it are doing so due to misinformation.

“It’s great to see things happening in Dana Point,” Powers said. “There’s a buzz and I loveit but the last piece is a parking plan. This plan is really thoughtful and I encourage the passing of this plan.”

Cindy Fleming said she is concerned particularly with preventing spillover parking in residential areas and with all the cities up and down the coast with mixed-use areas, the average parking ratio is 2.8 spaces per 1,000 square feet of built space and with the city considering a 2/1,000 ratio said she encouraged the 2.8/1,000 rate be the minimum.

Ursula Luna-Reynosa responded, clarifying that the 2.8/1,000 ratio mentioned in the consultant Nelson Nygaard’s report and the proposed resolutions is not the average.

Resident Roxanna Watrous called the proposed plan “unfeasible” while the current standards are, adding that the city should be actively pursuing the types of businesses and shops citizens want.

“I can’t imagine any restaurant willing to move into the district if they are only allowed two spots,” Watrous said. “A walking district won’t work unless you can get women’s high heels right on the promenade. Let’s keep the standards in place.”

Sandy Iverson agreed, saying developers are being “handed everything on a silver platter” and that with the spaces taken away on PCH “the worst is yet to come.”

Luna-Reynosa said the recommendations were not made in order to placate developers, but based on occupancy rate studies.

“More supply will not necessarily fix spill over problem areas.”

Enzo Scognamiglio, chairman of the Dana Point Chamber of Commerce Board of Directors spoke on behalf of the chamber, in favor of moving the proposal along.

The Chamber of Commerce, he said, wishes to express support for this parking management plan. “We need better management of existing parking in the Lantern District and this plan is the first step,” he said.

Mary Hartmann, owner of Girl in the Curl Surf Shop in the district on Pacific Coast Highway, told commissioners her store and the others in the area already have a severe parking problem that is impacted not only with customers but surrounding businesses’ employees.

The vote to move proposals forward eventually came after commissioners added conditions that staff prepare further study of the proposed 80 percent “trigger point” built into the plan for re-evaluation of Lantern District parking policies when publically available parking capacity reaches 80 percent, as well as a re-study of the proposed one parking spot per 1,000 square feet of residential space requirement for two-bedroom and larger units.

With existing parking requirements based on bedroom count and the new recommendation based on square footage, McKhann suggested that number be changed to .7 parking spots per bedroom for two-bedroom and larger units.

“I’m OK with one per 1,000 for studios and one-bedrooms,” McKhann said. “But I think it should be reevaluated for multi-bedrooms.”

Nelson agreed but suggested they instead ask for further study instead of using a specific number.

The plan will be added to an upcoming City Council agenda for consideration.