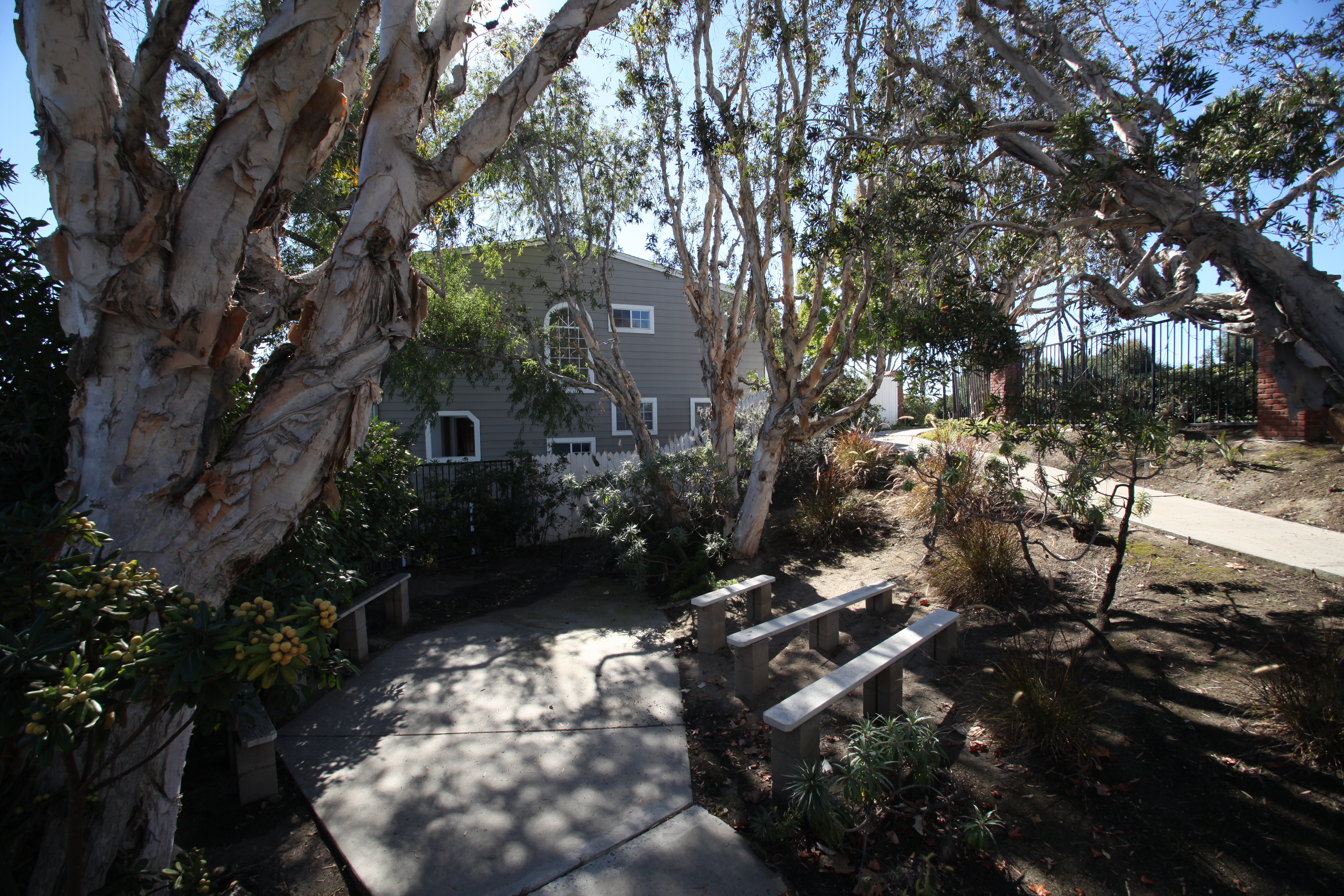 Located on the east side of Golden Lantern, just north of the entrance to Marinita Townhomes at Ocean Spray, there is a bronze plaque mounted on a brick pillar. The plaque reads “Thunderbird Ceremonial Grounds.” In March 1981, an announcement was made of the future opening of the Marinita Townhomes in Dana Point. The development was to include 118 condominiums built in a Cape Cod style on 36 acres with 60 percent remaining as open space. During the project’s development it was recognized that the grounds at the top edge of a canyon were once a ceremonial area for the Juaneño Band of Mission Indians, Acjachemen Nation.

The Acjachemen land area encompassed much of this local area down south to Las Pulgas and as far north as Aliso Creek. The largest concentration lived in the area where the Spanish built the San Juan Capistrano Mission. In 1982 the group filed for federal recognition as a tribe. The group was recognized as a specific tribe by the State of California in 1993, yet their federal application was denied in 2011. However, an appeal was made and as of Dec. 2013, it was being reconsidered.

When this development was in the approval process in March 1979, 14 acres of the project became a focal point between the developer and the small group of “obscure” Indians. Members of this tribe had been declared extinct and given little respect for over 100 years. So when a dispute came up about a settlement that existed long before the Spanish arrived, it was hard to discuss the past when the present did not allow it to exist.

The Orange County Planning Commission approved the permits and the tentative tract maps. However two appeals were filed, one by the neighboring Thunderbird tract over excessive grading and the other by a Capistrano Beach resident for ignoring the cultural importance of the site. Also presented were several letters from individuals and county agencies requesting total preservation of the site. Although the Board of Supervisors approved the permits, discussions continued to try and relocate a feature found there and described as a “rough oval about 3 feet by 6 feet, made up of about 400 cobble stones.” The area was the site of a ceremonial puberty pit, one of a kind at the time in Southern California.

Puberty pits were constructed for the ceremony of young girls to prepare them for matrimony. It was a fiesta. In the pit a fire was built on top of the rocks, the coals were removed and the pit was lined with green foliage and herbs. The girls were wrapped in a blanket and laid on the vegetation and steam would rise up around them. They would remain there for several days being tended by the older women. It was believed that the sweating and the steam would carry away bad spirits. This ritual was described as recently as 1889 and unique to Southern California.

The advocates of this discovered pit wanted to preserve the 14-acre site as a county park while others were willing to relocate the artifacts. The stones found on the site had been cracked by the heat. They were discovered during an archeological dig as part of the required Environmental Impact Report for the project’s development. The age of the site could not be determined.

In the end, the developer did construct a small park. You may walk down a short winding path to a flat area where benches are available. The relicts were removed to an unreported location. The plaque was installed by the Dana Point Historical Society. It is now a respite for those who wish to reflect on the past, its history and cultures of the area. The rest of the area may change, but this quiet, unused, little “park” will remain the same for now.