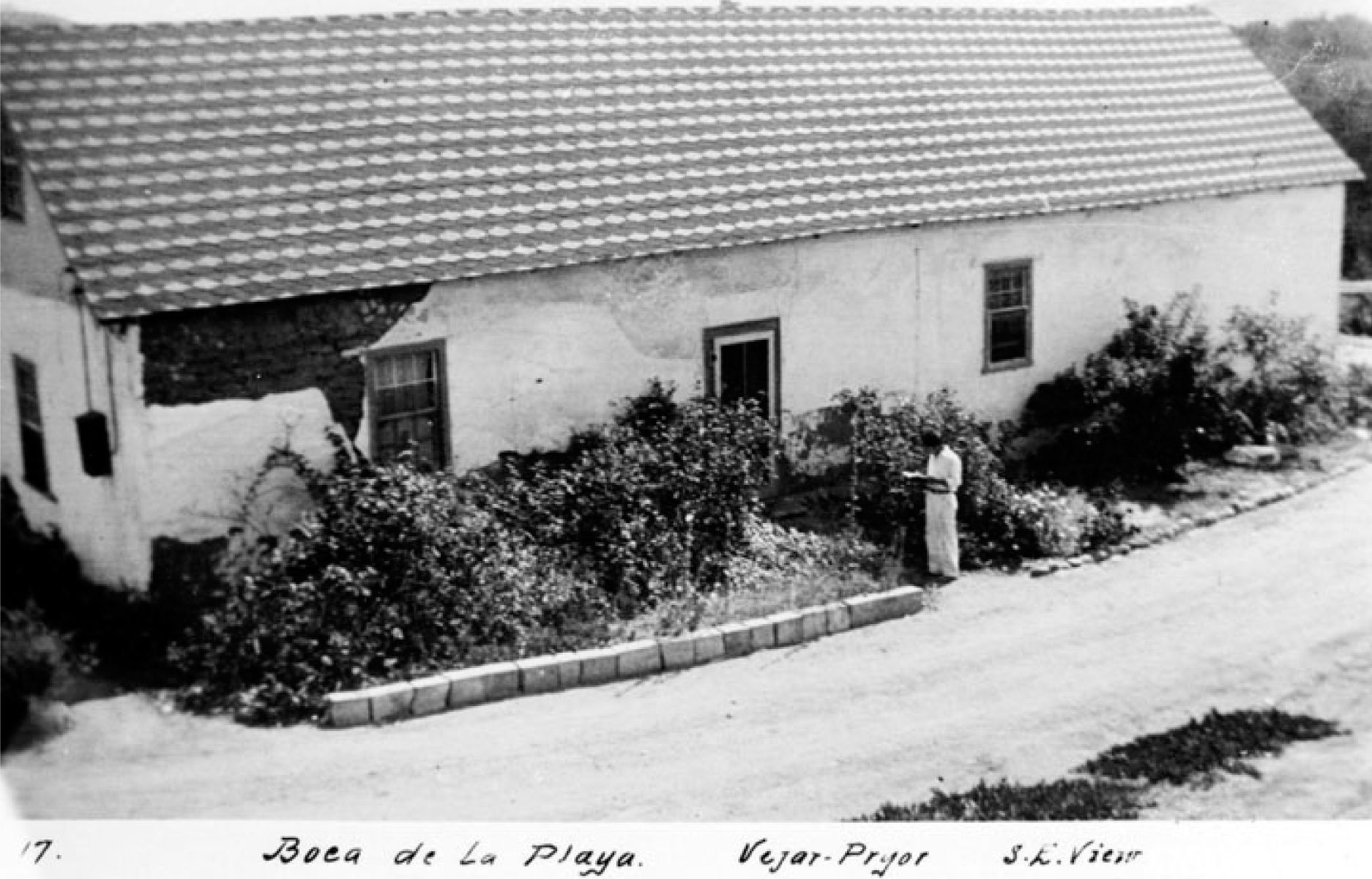 To encourage settlement of New Spain, the Spanish had large land grants for cattle ranchers up until the Mexican Independence of 1821. This included Las Californias, the territories of California—both Alta and Baja—which were organized into areas of colonization or missions.

In 1846, the Mexican government granted Rancho Boca de la Playa, “Mouth of the Beach,” which covered the area of San Juan Creek and Stonehill Drive south to the northern part of San Clemente and along the coast. It was conferred by Gov. Pio Pico, the last Mexican governor, to Don Emigdio Vejar for “his personal benefit and that of his family” based on the law of 1824.

After the Mexican-American war, owners were losing their lands due to either fraud or force—contrary to the agreements in the 1848 Treaty of Guadalupe Hidalgo. The California Land Claims Act of 1851 was passed to resolve that. A claim to keep Rancho Boca de Playa by its grantee, Emigdio Vejar, was granted in 1854 and included an appeal, which was dismissed in 1858.

Vejar obtained a United States patent to the land in 1879 signed by President Rutherford B. Hayes. This is an example of the difficulty land owners went through to keep their property. Like Vejar, many lost their lands due to the delayed legal process or legal fees incurred.

The northwest corner of the property was marked by an old adobe home originally belonging to Vejar. Other boundary points were marked by piles of stones with a stake. They were measured in direction by degrees, minutes and lengths of chain. A surveyor’s chain at the time was 66 feet in length and consisted of 100 links.

During this legal process Vejar sold the Rancho to Juan “El Rico” Abila (Avila) for $6,000 on August 15, 1860. The land was then transferred to Abila’s son-in-law Pablo Pryor and his wife Rosa in 1864 for $1,500. In 1878, Pryor died intestate and Judge Richard Egan of San Juan Capistrano filed a petition to dispose of the estate.

The Rancho was sold to Marcus A. Forster for $29,500 in 1886. Forster was the brother in-law of Rosa having married her sister Guadalupe. Forster was appointed as guardian of the six minor children at the petition of their mother Rosa A. Pryor and retained their personal property and the family homestead.

Then in 1886, Forster sold a strip of the land to the San Bernardino and San Diego Railway Company for the sum of $1 and “the advantages of the building of a railway across my lands.”

But the upper northwest corner still remains the last vestige of the once 6,600 acre rancho. The home of Vejar is now referred to as the Pablo Pryor Adobe/Hide House. It is presumed to be the oldest adobe home still standing in California and is believed to have been built in 1790. It was used for the storage of cattle hides during the hide trade spoken of in Two Years before the Mast by Richard Henry Dana, Jr.

The house remains in the hands of their descendants. It is located just below the new Marriott Resident Inn with a historical marker near the hotel’s entrance.

This leads credence to the path of the hide droghers who carried hides atop the bluffs near Stillwater Bay via today’s Pacific Coast Highway where the brig Pilgrim was anchored in deep water off San Juan Point and long boats came to the small cove to recover the tossed hides. In the end, or the beginning, Rancho Boca de la Playa gave birth to Capistrano Beach, a long time ago.