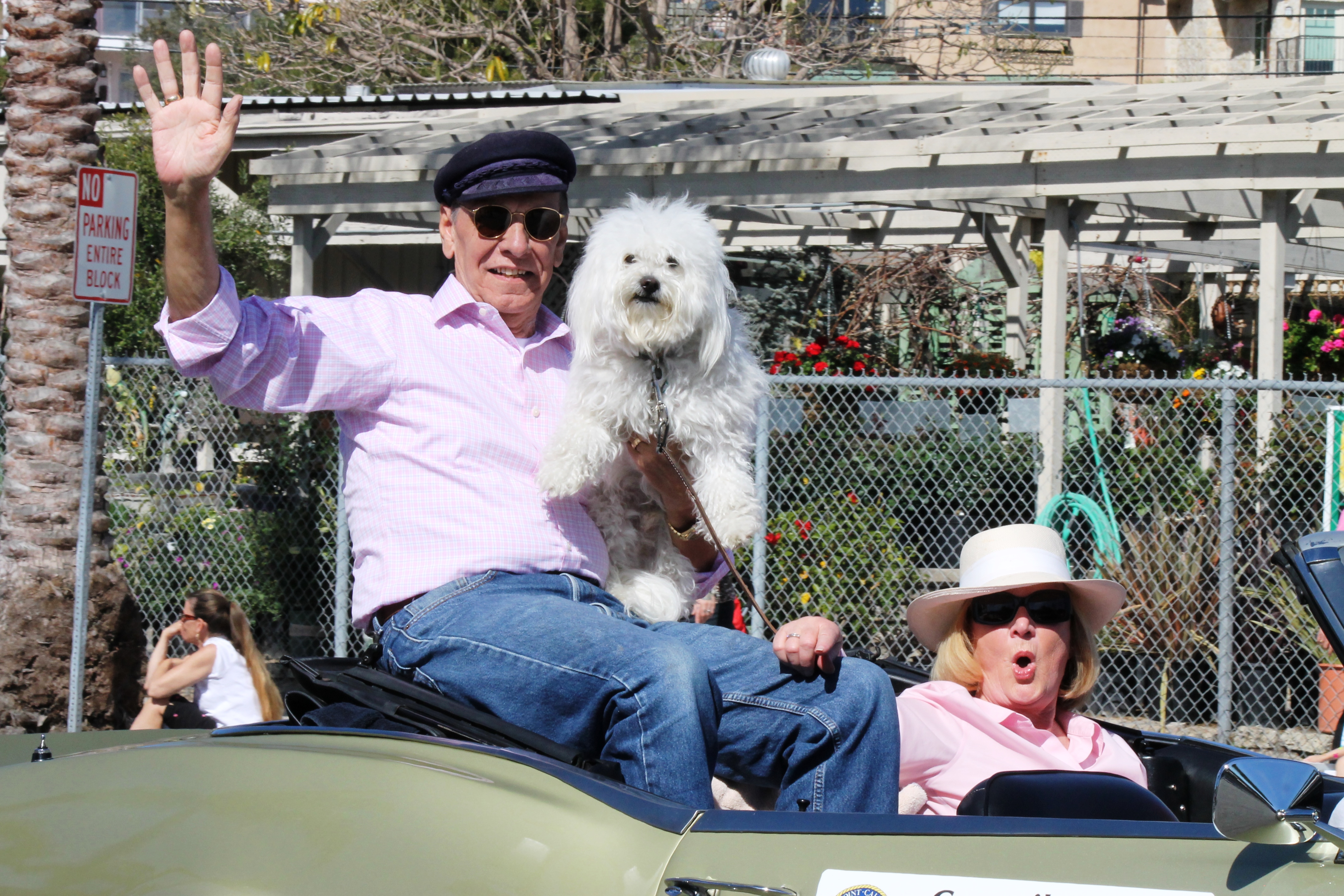 Typically, as we enjoy each season of whale watching, the annual Dana Point Festival of Whales kicks off with a parade. This year however, in the 25th year of Dana Point’s cityhood, the 43rd annual festival’s parade was canceled due to severe weather. But that didn’t stop the celebrations from starting.

Started by the late, pioneering science educator Philip Grignon in 1972 with Don Hansen and his fleet from Dana Wharf Sportfishing & Whale Watching, the festival involved some of the first events aimed at attracting visitors to the new Dana Point Harbor. In a 2012 letter to the Dana Point Times and the Dana Point Historical Society, Grignon also credits colleague Patricia Cassi for having a hand in conceiving the festival idea.

Grignon taught at San Clemente High School before becoming Dana Hills’ first principal and later the Capistrano Unified School District’s science coordinator. He first approached Hansen in the late ’60s to give start to whale watching, with initial excursions being tailored to Grignon’s students. These first outings launched from the San Clemente Pier.

Just before the Dana Point Harbor opened in 1971, Hansen moved his operation to Dana Point where whale watching opportunities were extended to the general public.

In 1973, came a children’s costumed walking “parade” organized by the late Orange County historian and author Doris Walker. The popular event grew each year following and in 1977 even included Disneyland’s Donald Duck as the grand marshal.

Traditionally the first event of any organization is not called the “first annual” but rather the inaugural. The following year then becomes the first annual event. In 1991, 20 years after the Harbor opened, it would be reasonable to assume that it should be marked as the 20th annual Festival of Whales. So, the 19th annual name was skipped in order to correct the supposed error.

Although past news articles and written histories show the first official festival took place in 1972, it is clear that whale watching was celebrated in Dana Point at least one year before—43 years ago.

This year’s event marks the first time a parade has ever been canceled due to rain. This issue of rain has been addressed throughout the years as organizers tried to plan festival events on the right weekend to avoid the rainy season. Start dates have been as early as January 31 in 1976, but were pushed back in 2003 to March 8.

After Dana Point became a city, a motorized parade began down Santa Clara Avenue and crossed Pacific Coast Highway at Violet Lantern. Eventually Santa Clara was closed to through traffic, so an alternative route was tried “down” Golden Lantern but did not fare well with horses because of the steep descent.

Today, the parade winds down PCH from Selva Road to Golden Lantern. The volunteer organization and an out-of-pocket budget gave way to the city as they became a major sponsor. The festival became a nonprofit organization with major sponsors celebrating ocean awareness.

Since 2001, parade grand marshals have been selected for their personal or business involvement in the city and the festival—folks like Walker, Hansen, longtime parade announcer and this year’s Citizen of the Year Gene Burrus, and even yours truly.

But one significant trivial event happened 25 years ago that may never be repeated again.

When Dana Point became a city in 1989, Mayor Judy Currie looked around at her January swearing in and turned to me and said, “We need a big parade this year.”

The then three-weekend festival was scheduled for Feb. 25through March 12, leaving not much time to create a parade down “Main Street.” And Caltrans would not let “the committee” use PCH. Insurance was too costly. So groups of residents, organizations and businesses walked or drove down Santa Clara from Blue Lantern to Violet Lantern. Caltrans also would not let organizers stop traffic on PCH to allow people to cross the street as the parade was heading to La Plaza Park to join the first, or inaugural, Street Fair put on the by Dana Point Chamber of Commerce.

So, to cross PCH and Del Prado a volunteer keep pressing the walk button to stop the through traffic.

While this year’s parade was sorely missed, there are still many opportunities to celebrate the California gray whale and Dana Point in its second weekend, March 8 and 9. Visit www.festivalofwhales.com for a full lineup of events and activities.

Andrea Swayne contributed to this article.