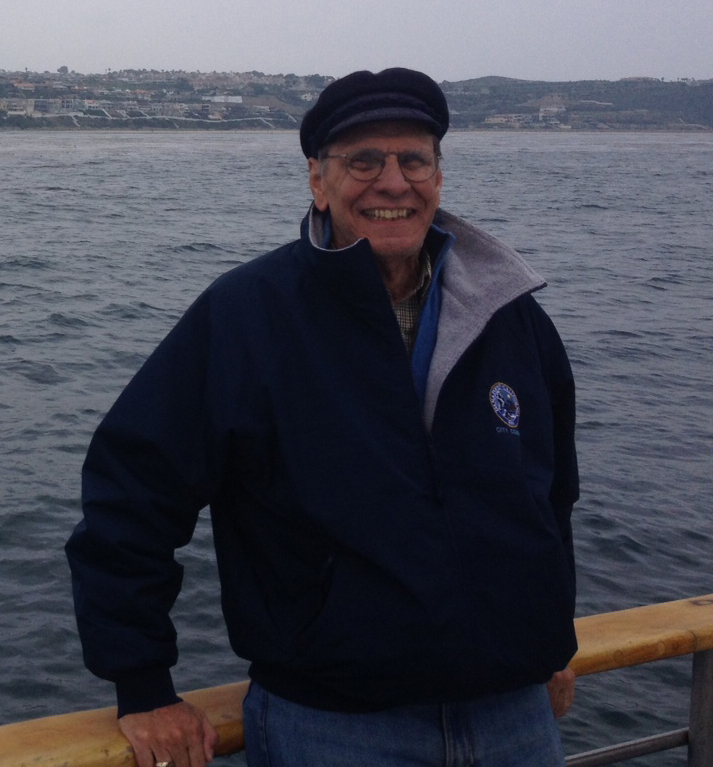 The indescribable view of the ocean and the coastline of Orange and San Diego counties that the Dana Point Headlands promontory provides once acted as a strategic defense outpost during World War II. At an altitude of about 200 feet and a view of the horizon stretching to about 16 miles out, the city’s famous sightseeing landmark acted as a lookout against attack by the Japanese.

Originally graded in 1925 for the first planned development of a new community to be called Dana Point, Scenic Drive—which exists today—looped the point and five cross streets with 50-foot-wide lots. Nearly 100 homes were planned for the point below the site currently occupied by the Nature Interpretive Center. Decades passed until someone, the government, finally found a useful, albeit temporary, use for the property.

The onset of World War II in the Pacific brought fears of an assault on the western coast of the country. Even before Pearl Harbor, February 1941 brought reports of a mysterious ship off Newport and calls of seeing lights of a submarine.

Within days of the bombing of Pearl Harbor enemy submarines were attacking ships off the coast of California. Artillery batteries and observation posts, like the one on the Headlands, were established from Mexico to Canada.

In February 1942, a Japanese submarine shelled the Elwood oil fields north of Santa Barbara. Earlier that year, the oil tanker SS Larry Doheny was attacked off Cape Mendocino, the westernmost point of California, by the same submarine.

Then there was the Battle of Los Angeles. It was a February night in 1942 when warnings were issued about blinking lights, planes and balloons spotted in the night sky. As rumors and fears increased, anti-aircraft ammunition and searchlights flooded the sky. No bombs were dropped and no planes were brought down, but nearly 1,500 rounds were shot into the sky. One casuality was reported, that being the result of a heart attack.

The Army’s Western Defense Command was established in 1941, and from its location at the Presidio of San Francisco was responsible for coordinating Pacific regional defenses. They established emplacements which were connected to each other by telephone. Due to a shortage of artillery, not all small units were equipped with weaponry—the Dana Point Headlands was one of these outposts. For Los Angeles and the adjacent coastline, the plan called for 120 3-inch anti-aircraft guns, or AAs.

But at this time there were only 12 such guns available to protect the defense plants in the area. The Army had no mobile AA guns to assign to San Diego. Locals recall being required to drive without headlights along the coast during announced blackouts. The order was intended to eliminate a submarine threat created by the silhouette of the coastline.

For Orange County there was a gun emplacement at Bolsa Chica, one observation post still stands at the end of Warner Avenue in Huntington Beach, and horse patrols on the beaches were common. Rumors also existed that the Capistrano Beach Club was pressed into service.

The outposts had basically three objectives: planes, submarines and Fugo’s. Fugo’s were hydrogen filled paper balloons, about 30 feet in diameter that carried a small antipersonnel bomb and incendiary devices. They were designed to float the jet stream at 30,000 feet to get to the United States. Over 9,000 fire balloons were launched. At the expiration of the Fugos’ three-day timers, the deadly cargo would be released.

Well, that was the plan. About 300 were found or observed in 16 western states and as far east as Michigan. The pay load was about 1,000 pounds. Expectations for the devices included the lighting of forest fires, the inciting of widespread panic and casualties as high as 10,000. In fact only a family of six was killed in southern Oregon when a bomb exploded on the ground as they gathered around it in curiosity of what they found.

—Robert Wilson of Dana Point contributed to this article.

Adoptable Pet of the Week: Smokey