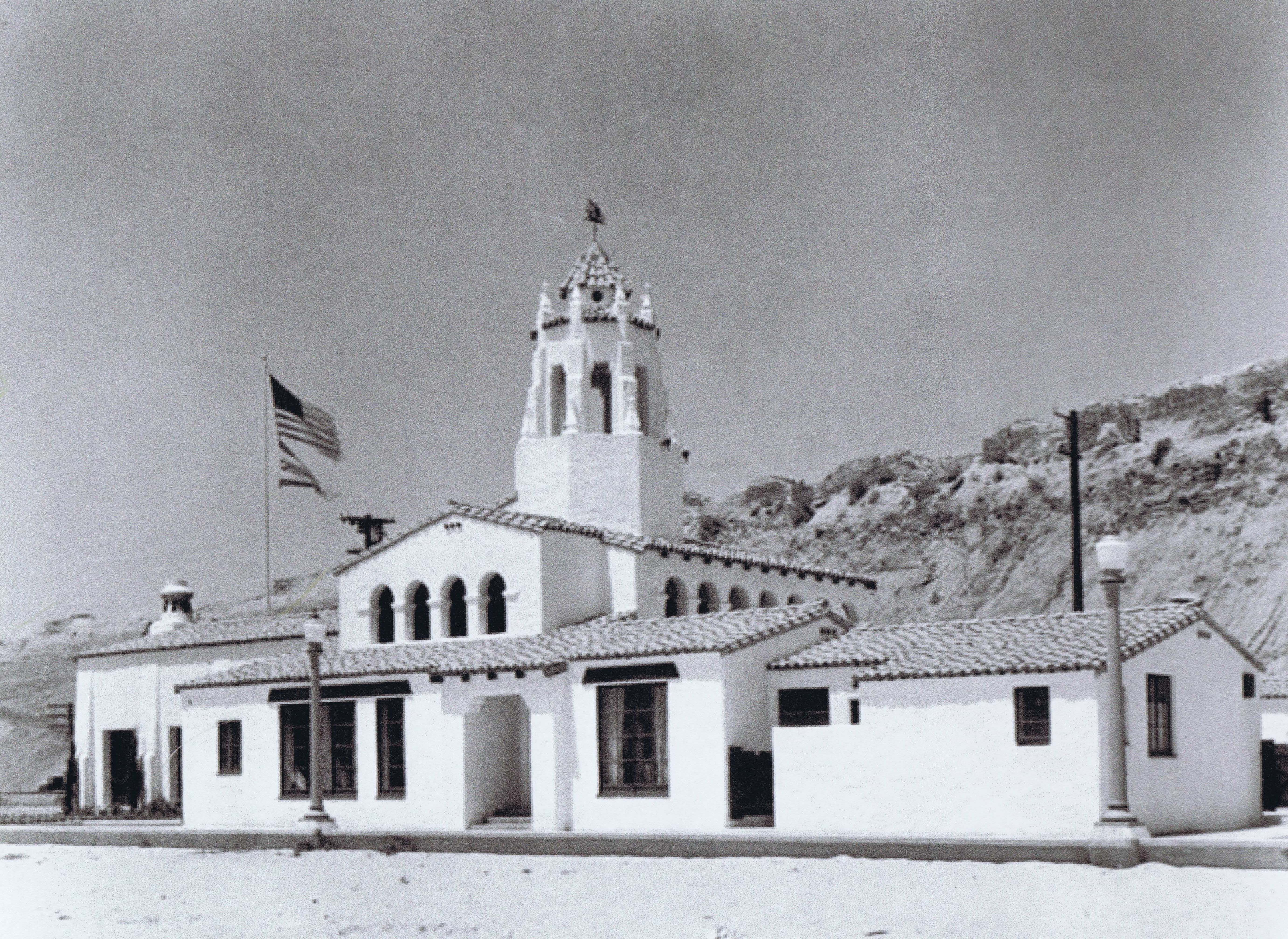 The proximity of the beach to San Juan Capistrano led to the naming of Capistrano Beach.

One of the earliest uses of the name was in 1901 when the Capistrano Oil Company was unsuccessfully drilling for oil to 1,200-foot depths. In 1925, ads for the “Birth of a City” began running. Advertisements boasted oiled, surfaced streets and motor transits from Los Angeles taking just two hours and 15 minutes.

A promenade was promised along the 3-mile shoreline with concessions and places of amusement that would become one of California’s favorite resorts and a home to 70,000 people. Excursions were planned, which included transportation, bathing parties, lunches on the sand and tickets to San Juan Capistrano’s Sunday performances of the historic pageant, beach rodeos and an open air dance floor.

By 1926, portions of an old Spanish land grant were made available for development and improvements continued over the next few years. In 1928, an announcement was made of one of the largest residential projects in the area which included free membership—to those who purchased a lot—to an already existing $125,000 beach club. The development added a new three-story tower of Spanish design.

Soon, business sites were being offered for the first time in 40 years and competition began with the development of Dana Point and brought plans of an airport and new train station.

Then, in January 1929, the Petroleum Securities Company was announced as new owners and developers of Capistrano Beach. The company was owned by Edward L. Doheny. With this development came word of grading the Palisades, from the base to the top, into seven terraces. New development buyers in San Clemente were even offered free membership in the Capistrano Beach Club. But in February 1929, the death of Doheny’s son changed the mood of everything. Forty-one acres of beach land were donated to the state and Capistrano Beach’s name was changed to Doheny Park.

After World War II, development sales continued with the Beach Club becoming the realtor’s office. In the ’50s it was referred to as the Capistrano Beachcombers Club and was rented out for special events.

In 1962, the building underwent extensive renovation after damage from the previous year’s storms and storms in 1963 that breached the sea wall. A new sea wall was erected in 1965 replacing one built four years prior. Cars filled with cement were placed in the breach of the old wall but soon were lost to the sea. In November that year, an adjoining 1,200-foot pier was demolished by explosives after being declared a hazard to navigation due to years of storm damage.

By 1969 a $29 million hotel and convention center was proposed to replace the now unattended and rundown building. The beach club had survived the eras of casinos and dance halls, but it could not survive the neglect.

When a false ceiling was removed, 12-by-12 dark-stained beams were exposed. A false wall concealed a huge fireplace “big enough to put a bed in.” The ornate furnishings and gold, red and green hand painted beam ceilings were removed. An Olympic-size swimming pool was then filled with sand. The Spanish roof tiles alone would bring about $11,000 in profits, but the dismantling took too long and the permits for the hotel were canceled.

For the next five years, the state and county debated purchasing the property. The county successfully obtained the parcel where the Beach Club was located in 1977, and the state acquired the parcel just north that adjoins with Doheny State Park.

Once a proud and historic building, it is now a parking lot, its remnants spread around the county somewhere.

On Life and Love After 50: Dilemma for Widows and Widowers