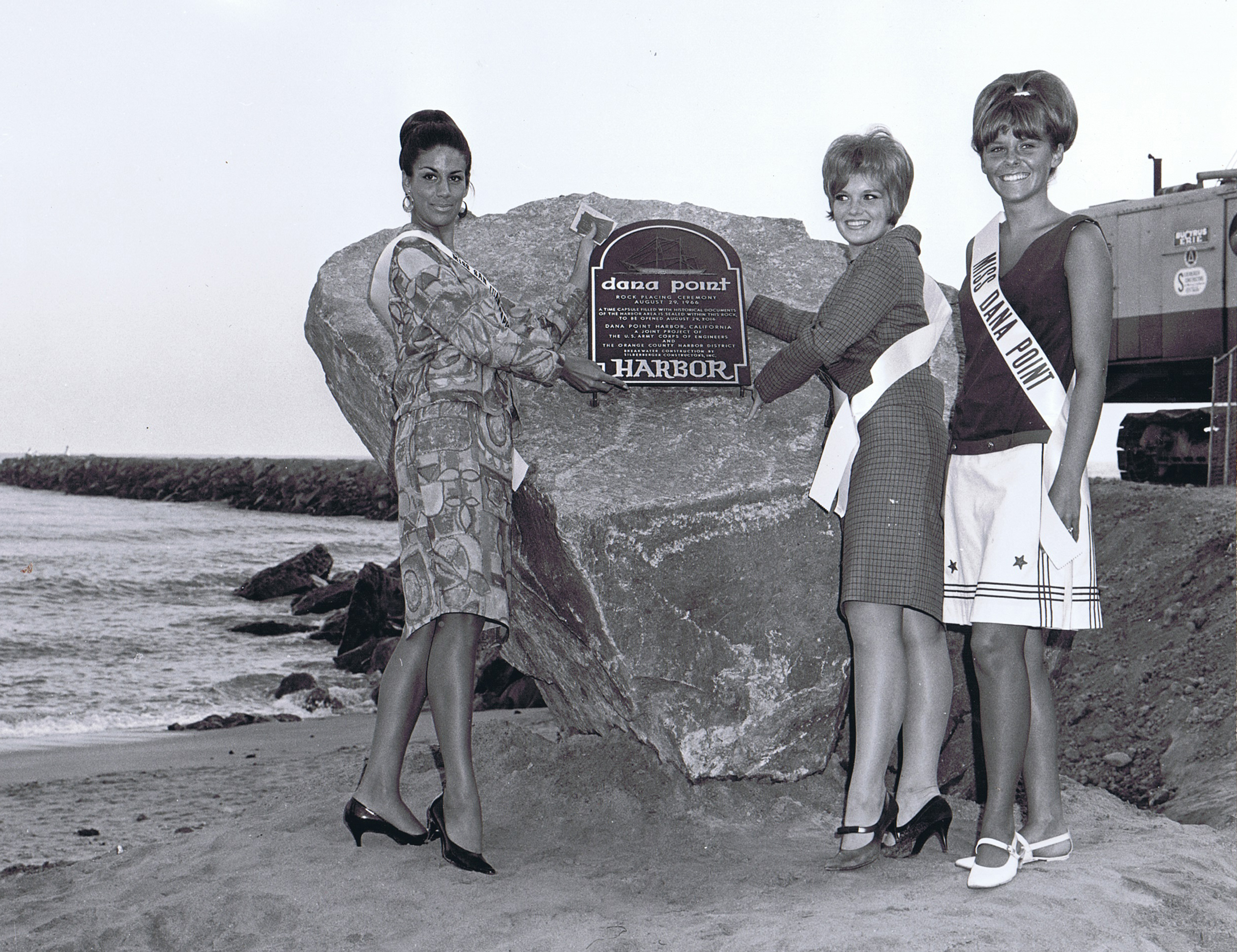 In these short history articles it is difficult to give a 100 percent accurate account of history on any subject—especially when discussing a 100-year or 50-year-long event. The Dana Point Harbor is one such subject and in just over a year from now the scheduled opening of a time capsule will add to its historical tale.

My mentor, Doris Walker, devoted a whole book, Home Port for Romance, to just this area. And with time, things age and history grows. Historians, like me, enjoy taking trips back in time reading the original words and finding the enhancements of man retelling these stories from memories. But next year we will open the Harbor time capsule with the original documents, mementos and souvenirs that locals 50 years ago wanted us to see.

The harbor concept began just after WWII. It was dedicated on Aug. 29, 1966 and opened on Aug. 1, 1972. On Aug. 29, 2016, after 50 years, the time capsule will be opened with a party and celebration currently in the planning stages by OC Dana Point Harbor officials.

The placing of time capsules outside of Dana Point has been a mixed bag of opinion and use.  The city of Detroit planted a 100-year capsule in 1900.  There was a 5,000-year, 800-pound capsule for the 1939 New York World’s Fair. In 1972 the U.S. sent up a plaque on the Pioneer 10 space craft in case it might be intercepted by …?  Critics have stated that the capsules only contain useless junk. Since technology advances so quickly it is hard to know if media within these capsules will even be accessible. Luckily, preservation techniques have improved since the 1968 invention of the Ziploc bag. If capsules remain well-preserved and technology is not lost, the most important question to ask is, “Where did we bury it?”

For the Harbor, an 8-ton granite rock was selected as the tomb.  It was one of 1.4 million tons of other rocks selected for the sea wall. The rocks came from the Twin Oaks quarry near Oceanside and Catalina Island; they were delivered by barge to Dana Point. The prize rock had to have a flat, slanted surface to mount the plaque. The capsule was made of stainless steel, 4 feet long. The rock was cleaned and placed at what was then considered the main entrance to the Harbor near the then extension of Del Obispo. This spot, marked by its latitude and longitude, is one of over 600,000 interesting points shown on www.waymarking.com. Foursquare.com also lists it as a historic site.

In October the capsule was moved for security and placed in its current position at the county offices in Newport Beach.

The Dana Point capsule dedication in 1966 began at 5 p.m., at Doheny State Beach led by then Chairman of the Board of Supervisors Alton E. Allen.  The ceremonies were attended by federal, state and county officials. The organizing committee consisted of the U.S. Army Corps of Engineers, the Orange County Coast Association, County Harbor District and Dana Point, Capistrano Beach, San Juan Capistrano and San Clemente civic organizations.

The ceremony included a reenactment of a dory with sailors in period dress rowing ashore from the Pilgrim to trade the hides with the Indians from Mission San Juan Capistrano.  The program included raising a flag that flew over the U.S. Capitol presented by Congressman James B. Utt (1899-1970) from the 35th District. The 72nd U.S. Army Band provided the music. Master of ceremonies was Ken Sampson, OC director of harbors and beaches. Lantern Bay developer Don Simpkin was present.

Over 60 items were placed in the capsule by various organizations and individuals. One of the artifacts is a complimentary ticket for a free barbecue dinner promised to follow the scheduled opening in 2016. People who were there 50 years ago also received tickets. Only the original ticket-holders will be eligible to redeem them; no facsimiles will be accepted.

Excitement among history buffs and longtime Dana Point residents is starting to build. And I have already been contacted by a now-Florida resident who plans on being here for the capsule’s opening.

Carlos N. Olvera is Chairman of the OC Historical Commission, and mayor of Dana Point.