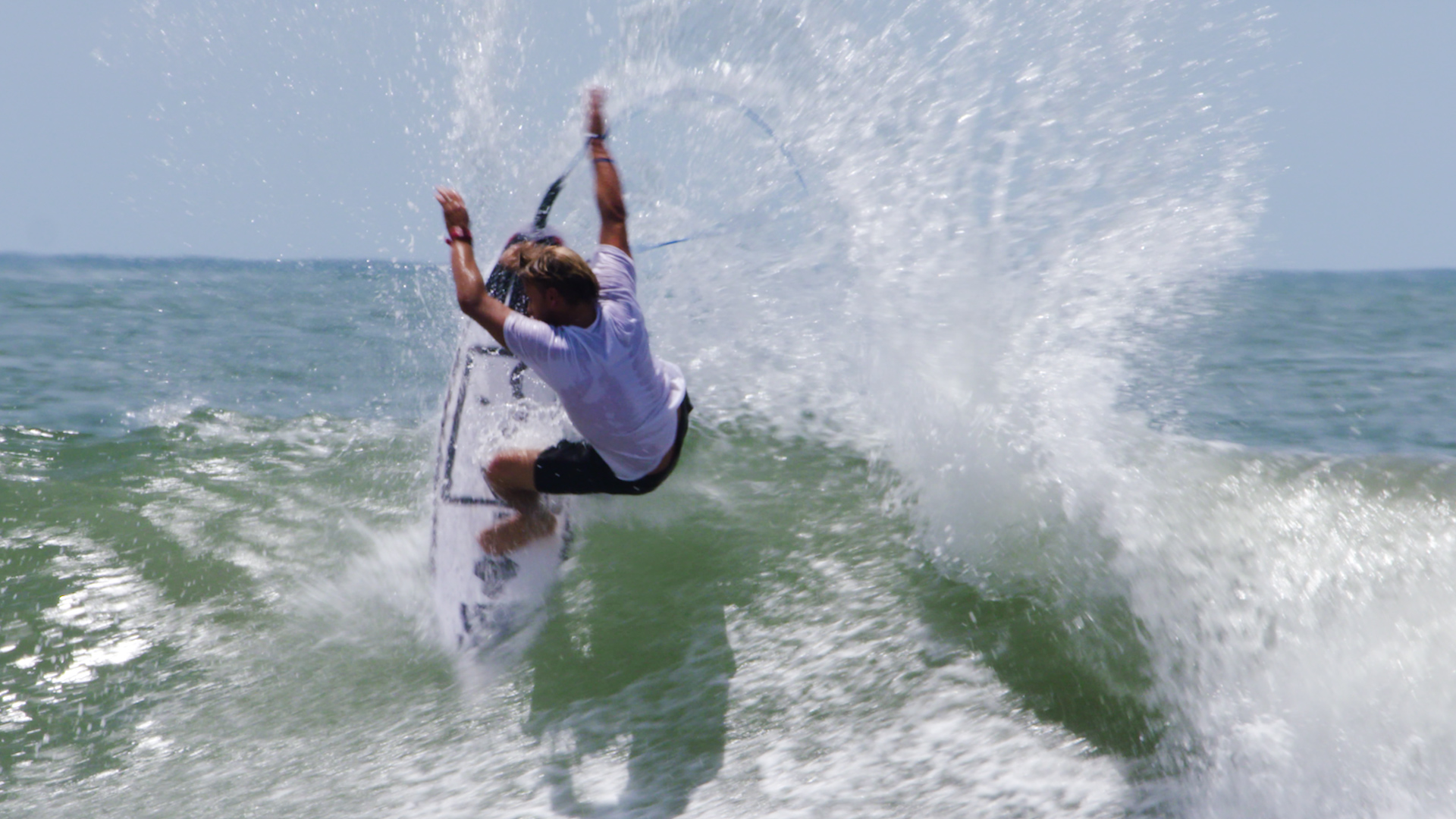 For Patrick Gudauskas, 2020 started off similar to years prior. While competing on the World Surf League’s Qualifying Series early in the year, he found himself in China and Morocco, before eventually coming back home to San Clemente for a few days at the end of February.

Gearing up for a run of contests in Australia, Gudauskas came home to reload his quiver of surfboards and rejoin his wife and young son.

In early March, the trio landed in Australia and were getting ready for a big event in nearby New Zealand. Then lockdowns and travel restrictions due to COVID-19 were suddenly put in place.

“It was a pretty wild moment in time where there was a lot of uncertainty,” Gudauskas said last week. “There weren’t any flights out for under 10 grand for like a month and a half. So we just decided to post up. My wife’s family lives around Byron Bay. It was actually one of the best trips I’ve ever had to Australia, because we got to slow down and experience the seasons changing there. It was really special to be there with the family.”

Gudauskas had planned to compete on the Qualifying Series full-time this season, but when the WSL postponed all of its events, he found himself having to recalibrate his expectations for the year.

“I’m so used to living out of a suitcase and moving and grooving, that this was a unique opportunity to actually be in one place for an extended period of time,” Gudauskas said. “We really were able to plug into the community in Australia, and that was really cool. To have that time with my son and my wife and her family and be able to really enjoy the moment for what it was; it helped open up new thought processes. I was able to really press the reset button.”

For competitive surfers like Gudauskas who are constantly on the road, the demands of competition don’t afford them the time to experiment with their equipment. The focus on getting results is so singular that trying new boards and different designs can be a big risk.

Gudauskas has the boards he rides in competitions (the Channel Islands Surfboards “Fever” model) completely dialed in, so stepping away from the arena allowed him to get a new sensation under his feet.

“I ended up picking up a bunch of boards off the rack over there—a full potpourri,” Gudauskas said. “I had a C.I. mid-length that was insane. It was a 6’10” and it went so well. I also grabbed a 5’6” Fishbeard twin-fin. It was sick!”

“I noticed that all the tour guys I surfed with over there were on just different boards. It was fun to see that,” he continued. “It was just sick, because everyone has the freedom now to kind of experiment with what they’re riding. We’re all just surfing.”

After three and a half months Down Under, eventually the Gudauskas family was able to book airline tickets home and brave traveling through international airports.

“It was actually really weird, because we were pretty much the only people in the airports. There were like 10 people on our flight from Australia,” he said.

If timing is everything, Gudauskas nailed it, returning home to a solid run of south swell in San Clemente.

“It feels so good to be back home and tap back into the community here,” he said. “This whole thing has been such a unique experience. I think we’ll all come through it having learned a lot about ourselves and the world around us.”

In terms of what this moment means for the sport of surfing, Gudauskas has always been a glass-half-full kind of guy. He sees brighter days ahead.

“It’s kind of a ‘thank goodness moment,’ I think. It feels like with all the different directions surfing has been growing into and changing, the biggest takeaway from COVID-19 is that as a surfer, regardless of being professional or not, there’s a really strong love for surfing in so many people, and it’s so evident right now,” he said. “It gets me fired up to be a surfer, you know. I think it’s going to be really good for the whole sport.”