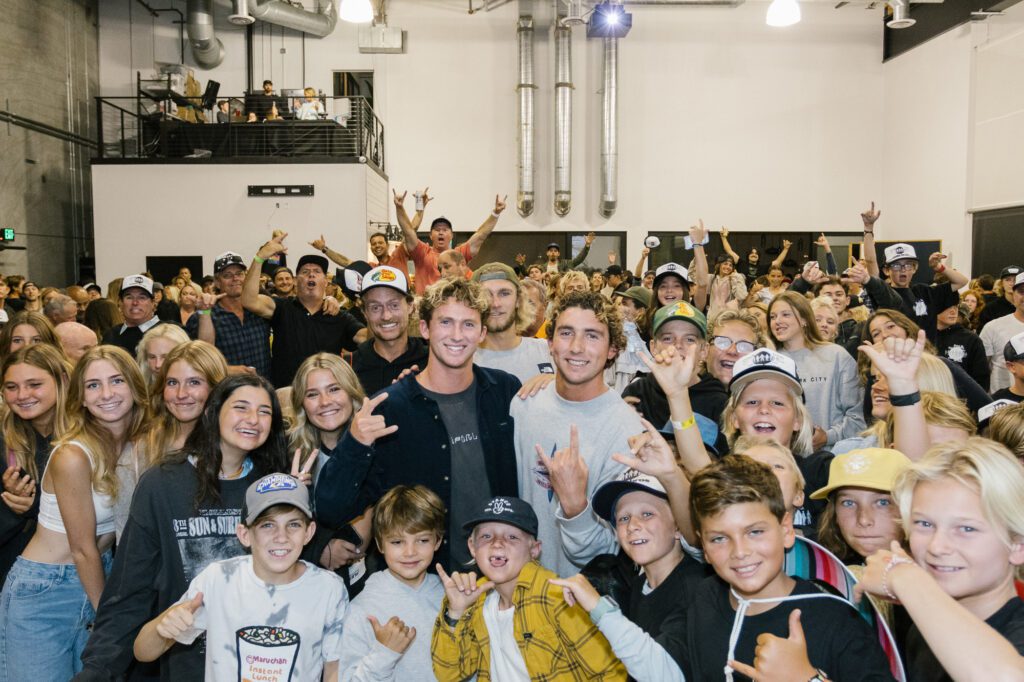 It’s still dark in the parking lot at Waimea Bay. You can’t see the waves yet, but they’re there; you can hear them thundering. It’s 2004, and the Big Wave Invitational in Memory of Eddie Aikau is on.

Bruce and Andy Irons show up under the cloak of dawn. They’re not happy to see one another. Bruce wears a black eye and a bad attitude like a crown of thorns. The previous night, the two brothers from Kauai had been up playing poker and drinking with friends—perhaps to take the edge off the giant surf that awaited them at first light.

Andy was never good at losing. And Bruce was always good at egging on his older brother. One thing led to another, and on the eve of “The Eddie,” the most revered surf contest on the planet, they got into a scrap, resulting in Bruce’s shiner.

The waves for the event were absolutely pumping—like shake-the-ground big. Fueled by his resentment for his brother, Bruce went out and stole the show. He won the contest and ended up on the cover of Surfer magazine.

Sibling rivalries have always been a thing in surfing. From world champ pedigrees like the Irons brothers or CJ and Damien Hobgood, to hard-charging Hawaiians Mike and Derek Ho, or Florida progressives such as Shea and Cory Lopez, that brother versus brother bond—and rivalry—has been responsible for some of surfing’s most inspired moments.

Carrying the mantle today are Griffin and Crosby Colapinto. Good-natured, friendly and happy to share a smile or a wave, they don’t have the razor’s edge temperament of Bruce and Andy, but that doesn’t mean their competitive fire doesn’t burn hot.

Like the early days of Andy, Griffin has already experienced some solid competitive successes. With two Championship Tour victories next to his name this year, Griffin currently is ranked fourth in the world with a good shot at qualifying for the Rip Curl WSL Finals at Lowers, where the world champion will be crowned this September.

Like Andy, Griffin is a precision surfer committed to surfing on the edge—going fast, flying high and putting everything into his turns.

In 2020, Griffin joined the crew at Billabong and Stab Magazine on a video project called “Thank You Andy,” which was dedicated to the legacy and legend of the fallen three-time world champ.

In the film, Griffin gets to ride Andy’s personal boards and strengthen that connection with one of his heroes.

If we were going to continue with the Irons brothers comparison, Crosby’s got an X-factor akin to Bruce as he was on his way up. A tall, explosive surfer with impeccable style, his surfing’s a unique blend of go-for-broke power and explosive spontaneity.

He’s a cat—just like Bruce. His natural instinct and agility have him riding out of maneuvers as if it were nothing. It’s fun to watch.

As travel restrictions around the world continue to ease, keep an eye on Crosby’s movements. We’ve seen over the past couple winters in Hawaii that he’ll turn and go on anything. A member of Rip Curl’s esteemed team of explorers and chargers, he’s in the perfect position to do some truly epic things.

There are a lot of amazing surf families from San Clemente and Dana Point. There are siblings firing one another up in the lineups from Salt Creek to T-Street. As a community, we’re lucky to have remarkable role models such as the Colapinto boys.

Check out DNA on Stab’s YouTube channel for more.