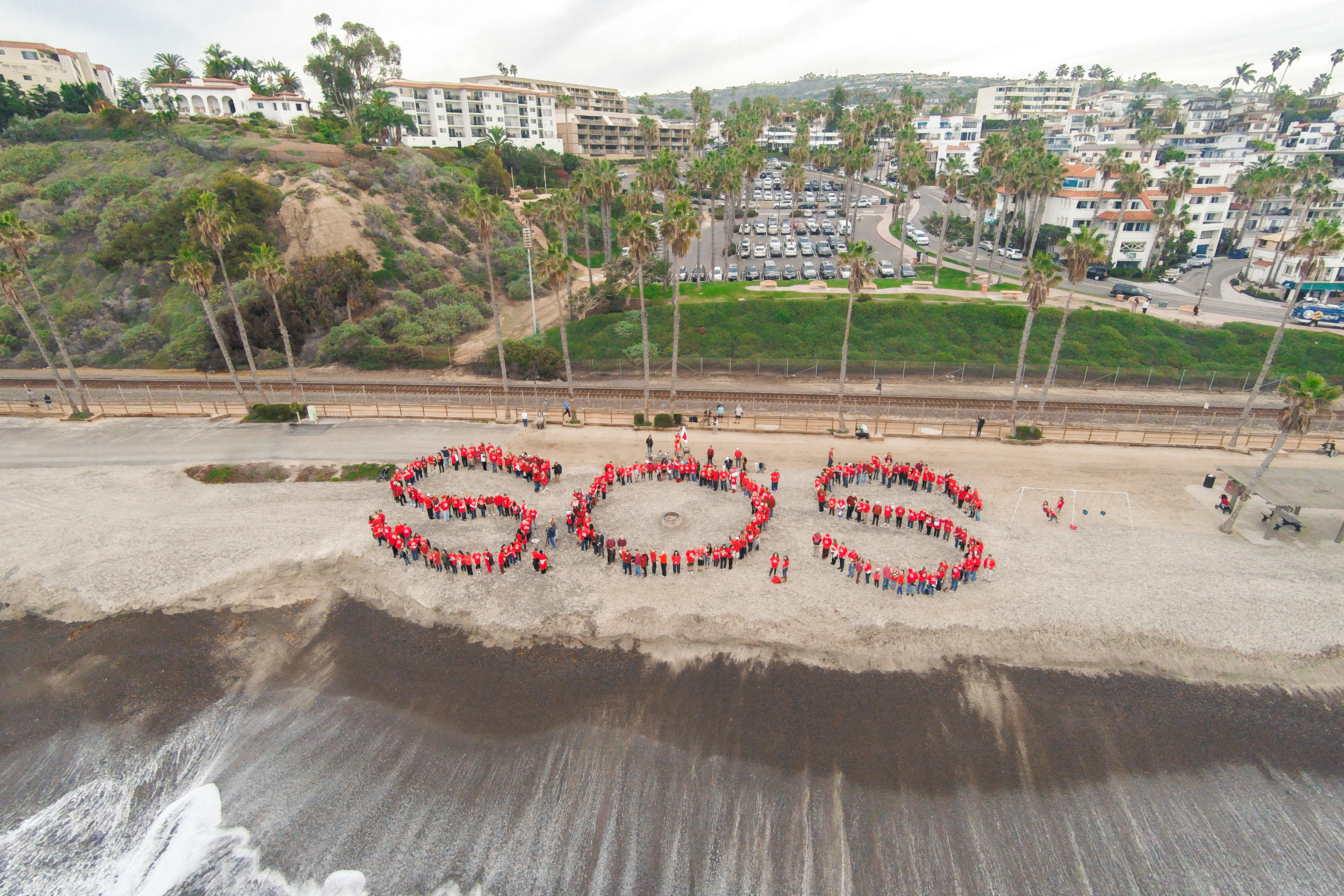 Hundreds gathered to rally near the San Clemente Pier Saturday, the culmination of several days of efforts for advocates of keeping the current San Clemente hospital and emergency room open.

The nonprofit group “Save San Clemente Hospital” made a show of force and San Clemente Mayor Chris Hamm, who also presides over the city’s hospital advisory committee, spoke before the crowd.

“The machine that kept this story underneath the radar for the first couple months was doing a fantastic job, but with everybody out here today, we’re making people aware of what’s happening in our community,” Hamm said.

MemorialCare announced in August that the company is exploring the potential of razing the hospital—the nearest hospital and ER to Dana Point—and replacing it with an advanced urgent care facility. That decision would result in the loss of both the in-patient facility and ER, since state law does not allow an ER without an in-patient wing.

At Wednesday’s meeting of the hospital advisory board, members discussed ways of delaying the proposed March decision by the MemorialCare board, as well as potential ways to maintain ER services without an in-patient facility.

Public speakers at the meeting included residents of Capistrano Beach opposing the closure.

Hospital administrator Tony Struthers told the board that while a vocal part of the community wants to see the ER stay, that isn’t enough under current law.

“Residents want to keep the emergency room, but I’m not sure an in-patient hospital is as high on the list,” Struthers said.

A two-year pilot program to study the potential for transporting certain emergency patients to outpatient facilities is underway; however, it is unlikely to include San Clemente. A legislative solution, allowing for a freestanding ER, could also be sought. Struthers said the hospital would be open to designing the new site to accommodate such a facility. Hamm and a city administrator will meet with MemorialCare to discuss delaying a decision on the hospital’s fate to allow the city to collect more information.