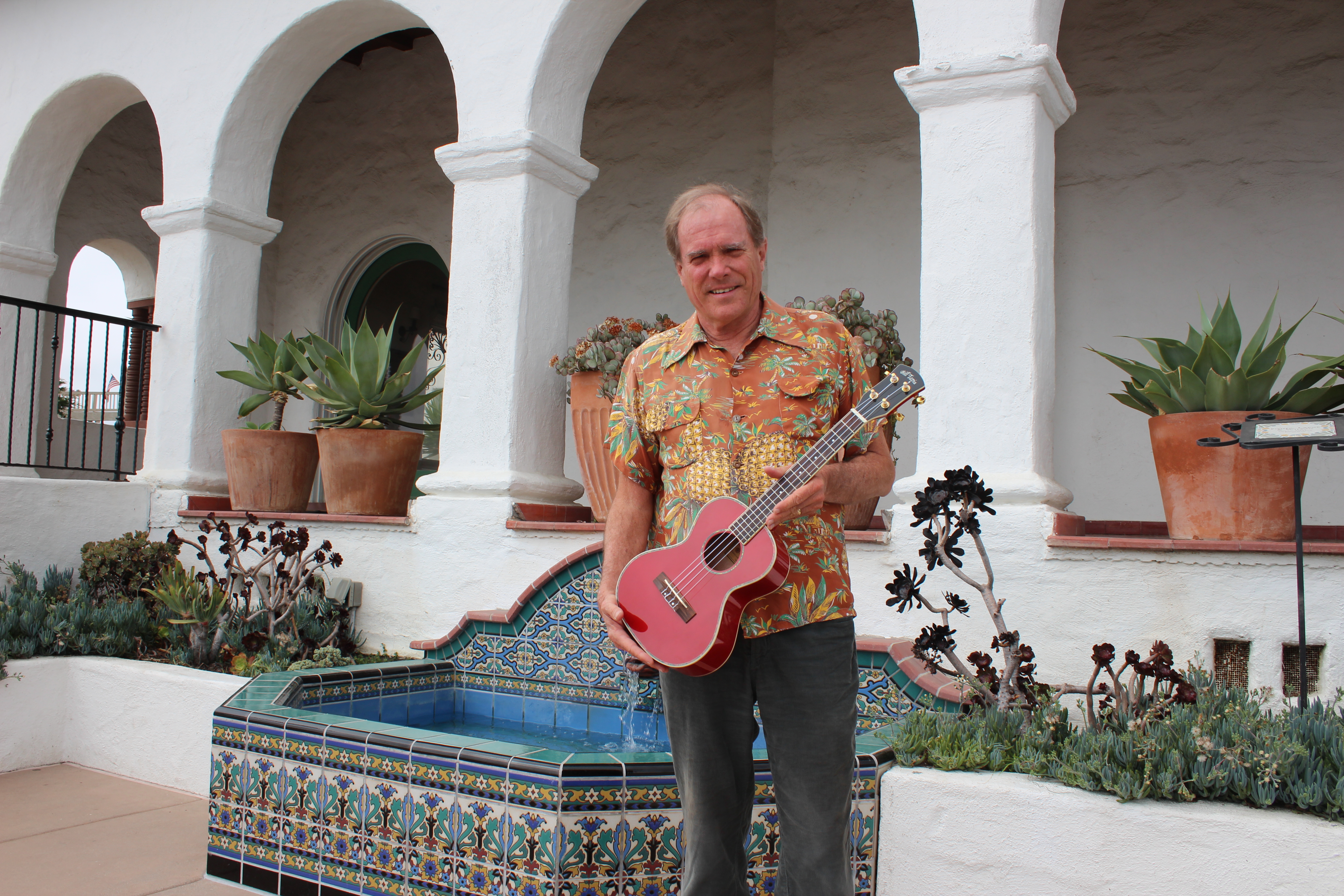 San Clemente has long been renowned for its beautiful beaches and coastal scenery. It’s one of many beach cities in Southern California that has cultivated its own unique beach culture.

The series will take place on July 10, 29 and August 14. There will also be a film screening and ukulele concert on September 4. The collections used in the exhibitions will be on display in the Casa Romantica gallery for nearly two months, from July 8 to September 4.

Exhibition curator, Jim Kempton, has gathered a diverse assortment of Hawaiian shirts and some of the earliest ukuleles made at the turn of the last century from different contributors.

“We have the shirt and ukulele used in Elvis’s film, Blue Hawaii,” Kempton said. “Elvis helped popularize the Hawaiian shirt across the states with that movie.”

Other items include the ukulele played by Marilyn Monroe in the film Some Like it Hot, and the Hawaiian shirt worn by Tom Selleck in the 1980s television show Magnum P.I.

But long before Elvis, Monroe and Selleck, the Hawaiian shirts, also known as aloha shirts, and ukuleles didn’t become popular in mainland America until the 1930s. The story of the ukulele goes back to the 1880s when Portuguese immigrants brought an early version of it to Hawaii.

It wasn’t until the 1930s, when Whitey Harrison returned to San Onofre following a trip to Hawaii with a ukulele, a Hawaiian shirt, a straw hat and a tiki, that Hawaiian culture began to be introduced to the area.

“Surf culture was mainly a Hawaiian thing back then,” Kempton said.

Once Harrison exposed San Onofre to Hawaiian culture, it was instantly absorbed into Southern California’s own culture. Ukuleles, Hawaiian shirts and other items of Hawaiian origin became prevalent throughout the coast of Southern California. The spread of the Aloha state didn’t stop there.

“The ukulele only has four strings, it’s so easy to play and it has such an upbeat, happy sound,” Kempton said. “It became a huge craze in the 1930s and spread to other parts of the American mainland.”

The colorful Hawaiian shirt accompanied the ukulele into mainland America. Some famous people who were seen wearing the shirts included President Harry Truman and actor Montgomery Clift. Radio and television broadcaster Arthur Godfrey helped promote the ukulele when he played it on television in the 1950s. By the 1960s, the sound of the ukulele had become familiar throughout America and was a regular instrument played in folk music.

“Ukuleles and Hawaiian shirts are collector’s items now,” Kempton said. “Most people don’t realize that there’s such a rich history behind them.”