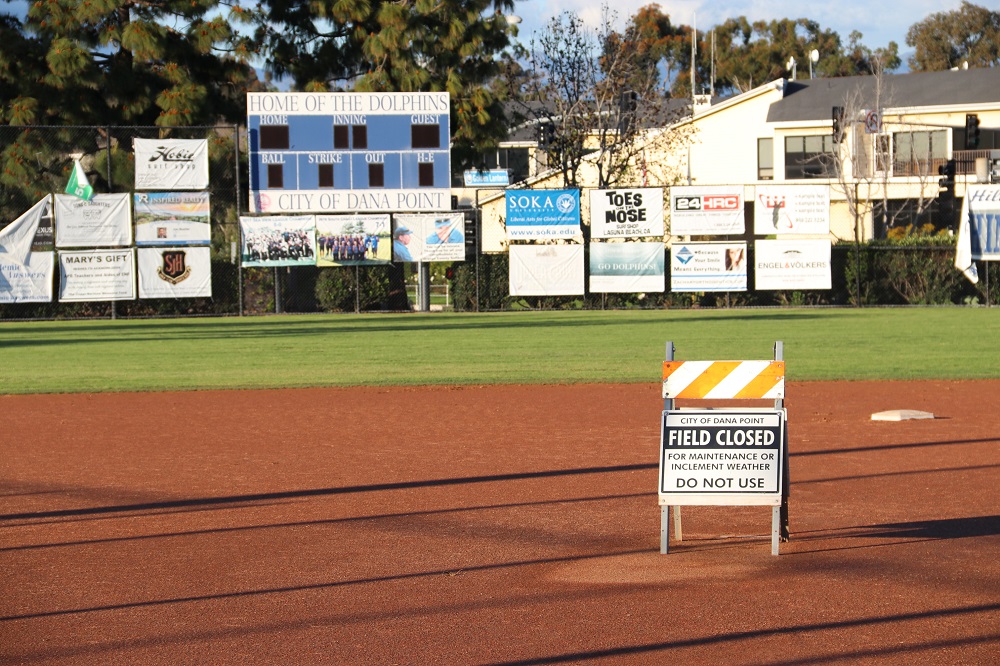 The sports shutdowns due to coronavirus precautions across the United States, North America and the world aren’t just limited to the professional and college ranks.

On the high school level, the CIF-Southern Section continued to direct its schools to follow recommendations from their local districts. On Tuesday, the CIF State office held its annual spring meeting with the 10 section commissioners from across the state and left open the possibility of a spring sports postseason by deciding to not make a decision on the fate of the state, regional and sectional playoffs. The issue will be revisited in another meeting on April 3.

The CIF State and CIF-SS control the playoffs, but the local schools and their districts control the scheduling and organizing of the regular season. For now, that also is on hold and in jeopardy.

The Capistrano Unified School District is completely shut down until at least April 13, and that shutdown includes the cancellation of all athletic events, competitions and practices. Initially, the CUSD was going to allow practices without spectators until the Board of Trustees enacted the school closures on Friday, March 13.

So now, just as league play was opening up across the busiest portion of the high school sports calendar, fields, courts, tracks and pools are left empty as coaches and players stay home and do what they can to stay sharp.

“We’re not doing anything,” Dana Hills baseball coach and athletic director Tom Faris said. “Anything that’s happening with the team is all individual. They’re on their own. For our pitchers, I told them to just do some arm care stuff. Even if that’s just throwing in the front yard.”

Faris, like most coaches, had only been able to get in touch with players via email due to the timing of the shutdown. Athletic events and competitions were canceled on Thursday, March 12, but the full shutdown didn’t come until Friday night after most teams’ last in-person contact.

“I did meet with them to say what’s going on for the next few weeks,” Dana Hills track and field coach Craig Dunn said. “They have the schedule for the month. They can’t have full team meetings, but they can meet in small groups to work out. They need that to keep them accountable.”

While the organized sports and teams are shut down, coaches such as Dolphins softball coach Brandon Cosenza are doing their best to stave off cabin fever. Cosenza is getting in beach runs when he can and took his kids out paddling in the harbor.

“We can’t let the kids sit and rot on their phones,” Cosenza said. “It’s eerie out there.”

Cosenza’s softball group is one of many that would be hit hard by an early cancellation of the spring season due to a large group of seniors on the roster. The Dana Hills softball team features seven seniors, including a handful of four-year starters.

“That’s the most heartbreaking thing,” Cosenza said. “They were so, so, so excited. I feel for them.”

When the NCAA canceled its slate of spring sports, the college organization granted seniors an extra year of eligibility. However, there are no redshirt years in high school sports, and if the decision does eventually come down, many Dana Hills athletes may have laced up for the final time.

Dunn echoed the sentiment for a Dana Hills track team that included stellar seniors on a sprint relay team with lofty postseason goals.

“My biggest things is I feel so bad for my seniors and all the kids that put in so much work,” Dunn said. “We’re trying to do the best for the kids.”

Going forward, the next date these high school teams have circled is April 3. That’s the date of the next CIF State meeting to revisit the decision on spring sports playoffs, and that’s just ahead of the CUSD schools possibly restarting on April 13.

If the spring sports do return, there’s the possibility of accelerated league schedules or tournaments to determine league placing for team sports. For individual event sports including track, golf and swimming, large league meets could be held. It would be a crunch, but there would be a scheduling window.

“I think if we were given four weeks for our sports,” Faris said, “we’d be able to complete some type of tournaments to figure out who should go to CIF or who shouldn’t. It might happen past the graduation deadline. The dust will settle, and hopefully we’ll be able to salvage something out of this.”

There’s nothing concrete, as everyone awaits their next marching orders in the ever-evolving situation regarding COVID-19.