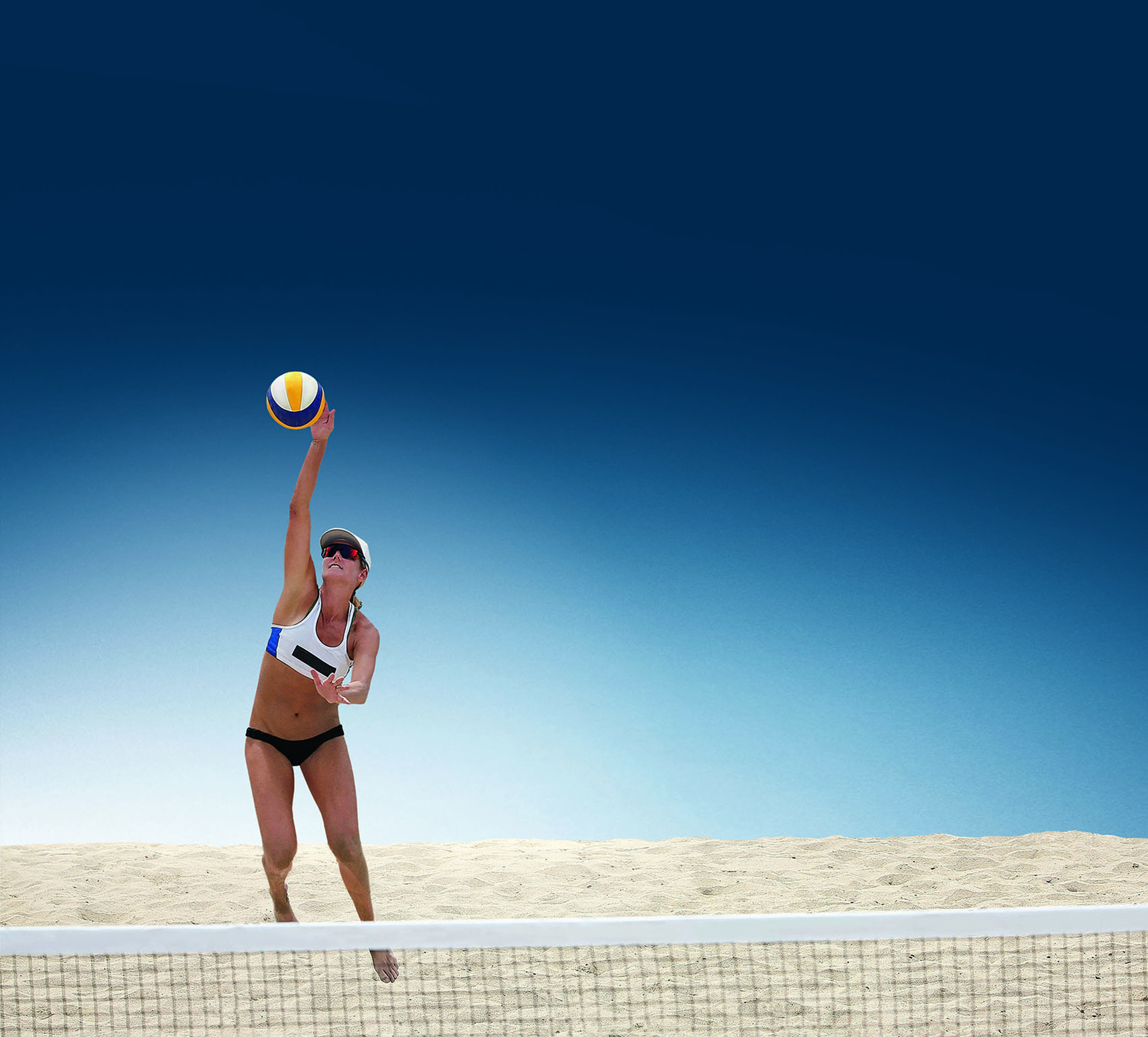 Holding Court: Reporter gets a chance to train alongside and learn from a childhood hero

Making my way from the parking lot into the campgrounds of Doheny State Beach, I struggled to keep a steady pace despite the excitement I felt knowing the experience that awaited me. Growing up in Orange County as an aspiring volleyball player, I learned at a young age a few names that would loom large. Among these names was one that has been spoken about often, especially as I began taking my own training and passion for the sport more seriously.

On this clear, warm July 21 morning, I was about to meet and work out with one of my childhood heroes, getting a glimpse into her journey through the sport that continues to bring her so much success.

Professional volleyball player Jen Kessy grew up in Dana Point, where she now resides and is raising a family of her own. As part of a press junket for Milk Life, the company sponsoring the event, I had the chance to go enjoy Kessy’s favorite breakfast, participate in her typical morning workout routine and ask her a few questions about our favorite game.

When I first arrived at Doheny, I was in disbelief—I was looking at the same person that inspired me to chase my own dreams on the court.

I recently earned my college degree and finished my volleyball career at the University of Rhode Island. While being a student-athlete at a Division 1 school was a dream come true for me, I could not imagine how Kessy must feel every time she looks in the mirror and sees the champion looking back at her. After all, she has a silver medal in beach volleyball, which she won at the 2012 Olympic Games in London.

I was one of four reporters that settled in to eat a fueling breakfast with Kessy that morning. She said her partnership with Milk Life was natural because milk has always been a crucial component in her diet. It made sense to hear that the healthy habits she practices today have been engrained in her since she was a child.

Following our breakfast and inspiring conversation at the picnic tables, we made our way to the court, where Kessy, 38, took us through her yoga warm-up routine. Kessy said part of staying healthy revolves around nutrition, but a large part of it is also making sure muscles are ready for the strain athletes put on them. Injury prevention is important, specifically with the movements that volleyball players are prone to performing.

Once everyone was warmed up, we started to complete a short workout in the sand. Kessy ran us through some endurance and coordination drills. Although it was just for fun and to experience a portion of a day in the life of an Olympic athlete, the other journalists and I felt winded after her standard warm up.

For me, the fun part came next, when we got out the volleyballs and started learning the basics of passing and serving skills.

I have not played volleyball since my senior season ended in the fall of 2015, so it felt like I was back at home when I stepped onto the court. The company I was in and the clear blue sky and ocean filled with surfers as our backdrop made it even better. That morning, I felt a sense of relief that I will always be able to find joy in my love for the game, even though my competitive journey with it has come to an end much sooner than Kessy’s.

Following the workout, Kessy shared a few words of wisdom with me regarding her path to success and detailed a few of the inevitable trials she has faced along the way. Despite owning a silver medal and a FIVB World Championship gold medal, which she won in 2009, she still remembers the defeats that she has suffered.

“If you look at it from the outside maybe you think that I’ve accomplished all of these things that I’ve set out for, but it definitely hasn’t been easy,” Kessy said. “All of these things look awesome on paper, but it took a lot of work and it also took a lot of disappointments. I think that’s why those (accomplishments) are so special, because it wasn’t easy and because I worked so hard for it. I really earned what I have.”

Kessy and her playing partner, Emily Day, were eying an Olympic bid in Rio this summer, but were narrowly edged out of a place on the USA team by Brooke Sweat and Lauren Fredrick. Kessy will continue to be a fixture on the Association of Volleyball Professionals Tour throughout 2016.

Her competitive spirit has clearly paved the way for much of her success, but she remains humble by remembering her roots. As a young girl, Kessy used to ride her bike to the Doheny volleyball courts to play and now uses them to train for professional volleyball tournaments that send her all over the world. She said the love for being outdoors that so many people in Dana Point share, coupled with the laid-back atmosphere, make the area a special place. She looks forward to coming home after every long road trip.

Kessy has seen the game of volleyball develop into the high-profile sport that it is today, and she has evolved with it by keeping up with the training and nutritional demands. She no longer is the girl who would ride down to Doheny for pick-up games. Since turning professional, Kessy competes for a totally different reason, which is mainly to win. When speaking to her, I could feel the desire that burns inside of her to be successful even in the midst of a lengthy career.

“I love playing, but I love winning also. So that’s where the fun comes in now. Winning is everything,” Kessy said.

As a young girl, I absolutely glorified Kessy’s play, and I continue to admire the athlete that she is. In many ways, she’s a local success story that encouraged me to pursue my own dreams of playing at an elite level.