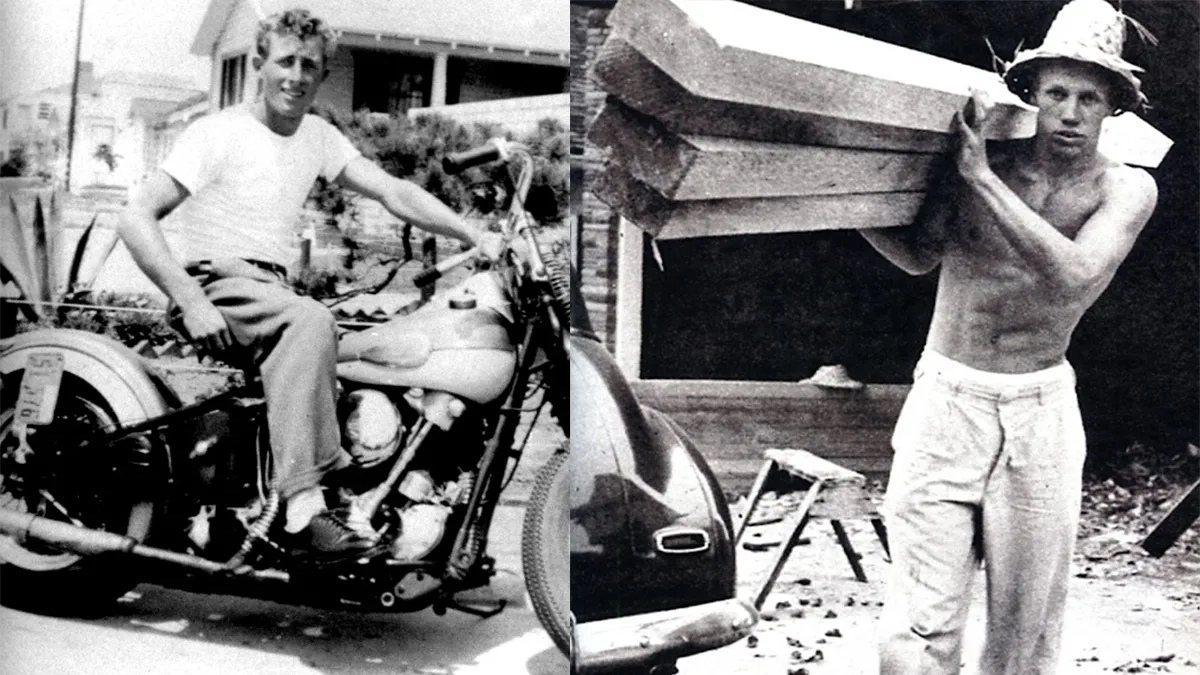 Hobie vs. Velzy vs. the IRS

A rudimentary form of surfboard retailing began in 1949, when longtime Southern California surfer and boardmaker Dale Velzy opened a tiny factory-storefront in Manhattan Beach. His operation took off five years later, when he opened a bigger shop in Venice Beach, with fellow shaper Hap Jacobs, and they introduced the wildly popular Velzy-Jacobs “pig” model.

Velzy soon had competition from a 21-year-old boardmaker from Laguna Beach named Hobie Alter, who was as sober and organized as Velzy was flamboyant and impulsive.

Alter was the son of a successful and politically well-connected orange farmer, and he didn’t begin surfing until he was 16; the summer of that year, he made and sold his first board, and within months he was taking custom orders from friends and diligently plowing balsa in the family garage.

Alter built 80 boards during his first three years as a shaper—nothing close to Velzy’s numbers, but more by far than any other Orange County boardmaker. Not only were the boards well-crafted—even at this early stage, before Alter had come up with a decal, before he even signed his work—they were reasonably priced at $45 and always delivered on time, unlike the typical Velzy-Jacobs job.

In 1954, after two or three quiet surveillance trips to Velzy’s shop, and with a $1,000 gift from his father, Alter bought a weedy vacant lot in an unincorporated Dana Point/Pacific Coast Highway “retail district” that featured just two other stores.

Alter then built an L-shaped building, with a small but bright glass-fronted retail space and a windowless cement-walled factory attached to the back. He’d been the local boardmaker of choice for the past year or so, and his new business, Hobie Surfboards, was in the black from the moment it opened.

The factory was designed to make six boards a week, and that was the production rate almost exactly: 1,500 Hobie boards sold altogether between 1954 and early 1958, at a time when the total number of surfers in California wasn’t much above 5,000.

Almost every board had a see-through fiberglass finish (as did Velzy’s), which allowed the wood grain to show beautifully, and Alter now ink-stamped a tiny “Hobie” logo on the deck near the tail. The boards had to look sharp, as there was virtually nothing else in the showroom—no beachwear, no posters, no wetsuits; not even decals or surf wax.

Velzy swooped down from Los Angeles in 1955 to open a new outlet in San Clemente, on Pacific Coast Highway, just five miles south of Hobie’s shop, for the express purpose of siphoning off potential customers driving up from San Diego.

And thus began the start of the first great American boardmaker’s rivalry. Customers lined up behind one man or the other, Hobie or Velzy, giving their allegiance not just to a brand but a form of surfing leadership.

Alter was earnest and respectable, and his shop was as clean as Alter himself was clean-cut. Velzy smoked cigars, wore a diamond pinky ring, and kept a roll of hundred-dollar bills in his back pocket.

In 1957, to celebrate a big sales year, Velzy paid cash for a 300SL Mercedes. Pulling up in front of his San Clemente shop, he’d pop open the driver’s side gullwing door and walk toward the factory, jingling his keys in one hand and holding a half-pint of bourbon in the other.

Their salesmanship styles differed, too. In a bit of ad copy, Alter described his boards as having “evolved through careful and original changes, using proven principles and vast experience.”

Velzy, as even his most loyal followers would admit, was a hustler. But a smooth, likable hustler. He’d sidle up to a mink coat-wearing divorcée looking to buy a board for her teenage son, touch her elbow, lean close, lower his voice, and say, “This here’s a good-riding son of a (expletive), ma’am.”

True to form, Velzy wasn’t just bad at bookkeeping, but spectacularly bad, as he ignored creditors, snubbed the IRS, and threw away all notices and warnings. Then, in late 1960, his entire mainland operation, five outlets in all, collapsed overnight.

Velzy recalled that federal agents “hit all the shops at the same time and padlocked the doors.” Showroom boards, tools and machines, his beloved gullwing Mercedes; everything was confiscated and put up for auction.

Local surfers, meanwhile, “broke windows (at the shops), got in and took decals, pencil sharpeners, order blanks, posters, whatever they could put their hands on.” Velzy would return to commercial boardmaking, but he was never again a kingpin.

The Velzy Surfboards meltdown was a surf-world sensation, but it didn’t cause any break in the supply line—thanks in part to Alter.

Hobie Surfboards had by that time become the sport’s runaway industry leader. Alter’s books were in perfect order, which helped. More importantly, where Velzy had the style and the hand-skills, Alter had vision.

The sport grew a lot during Alter’s first three years as a commercial boardmaker—but nothing like what was coming, he believed. Building surfboards by the hundreds instead of by the dozen was the goal, and to that end, Alter helped engineer a project that would change boards, literally, from the inside-out.