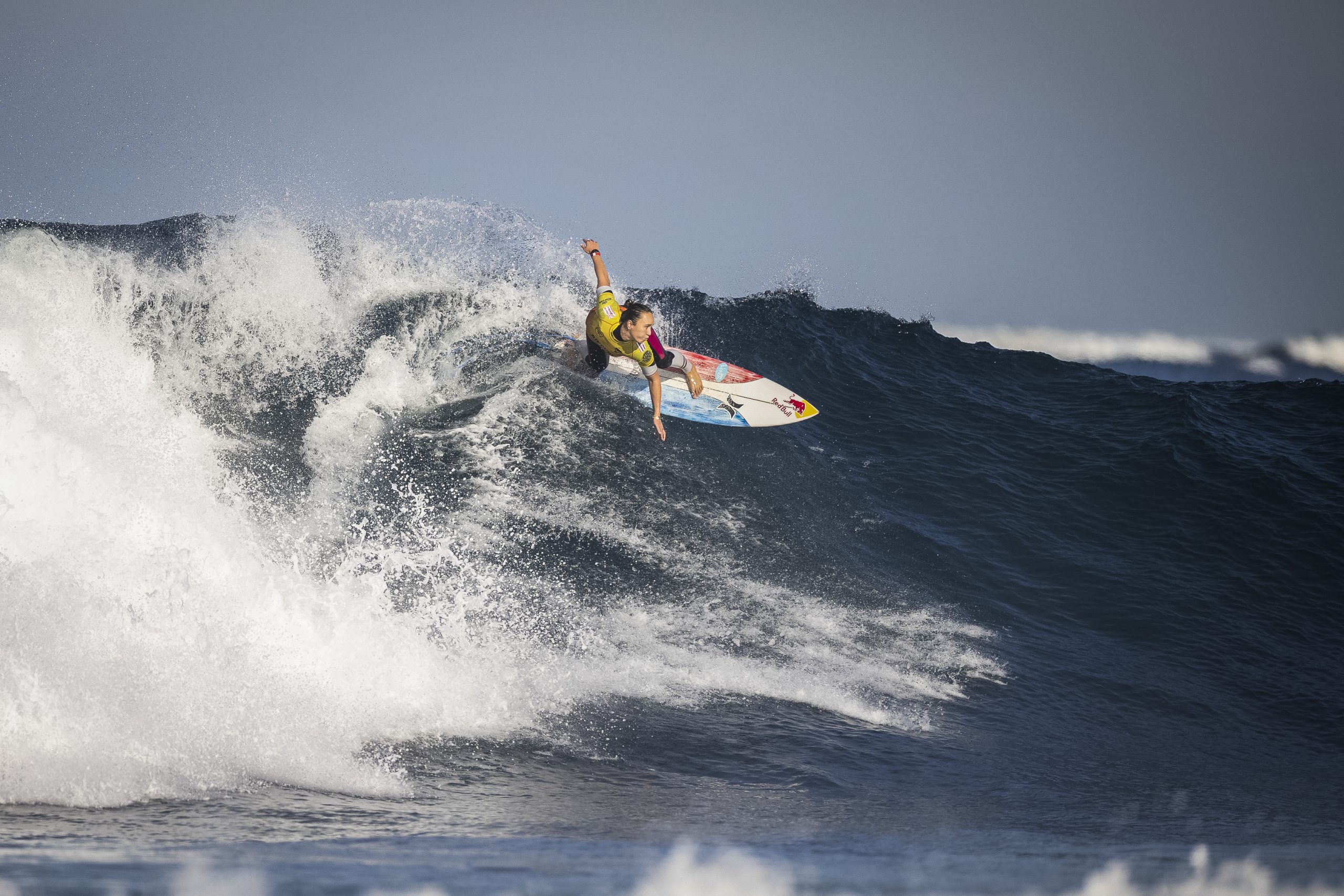 In March of 1975, the first women’s “Expression Session” was held at Rocky Point on the Hawaiian island of Oahu. The humble beginnings of the modern pro movement, the event wasn’t like a normal surf contest. There were no judges, and photographers were invited to come and document the action in hopes of garnering exposure for these pioneering women.

But, true to the nature of surfing at the time, when the day of the event came, hardly any of the photographers showed up—thus missing the opportunity to document an important moment in the evolution of the sport.

Entrant Patti Paniccia—one of the key players in launching a professional tour for women—recalls being told by a photographer that “the magazines won’t buy photos of women, so we can’t afford to spend time and film money shooting you.”

The Honolulu Star-Bulletin ran an article about the Expression Session that included a photo, the caption of which read: “Girls like Patti Paniccia and Sally Prange … are seeking to change the image that women surfers are curiosities … endowed with too many male hormones.”

But, wait, it gets worse—much worse.

“The only sponsor that reached out to me was a company called CandyPants. They made edible underwear. I think they were cinnamon-flavored. CandyPants wanted the women to show up wearing CandyPants as part of a Waikiki sidewalk display,” Paniccia explained. “And I kept wondering what they expected us to say on that sidewalk.”

The above is just one small instance of the challenges that women have faced over the generations, and while the World Surf League’s Championship Tour now offers equal prize money for men and women, it took a long time to get there.

A new book, Women on Waves, by local writer and former San Clemente Times contributor Jim Kempton, seeks to answer some of these questions.

Detailing the trials and tribulations of women in water going way back to pre-contact Polynesia, the book starts in 17th century Hawaii with the story of a princess who was the owner of the oldest surfboard known to be in existence today.

“The challenge with surf history is that it’s usually told through the male’s perspective, since those were the ones running the media outlets and brands, so a lot of this information wasn’t out there and had to be dug up,” Kempton said.

Pulling from more than 800 interviews, most of which were conducted during the pandemic, Kempton has exhaustively researched his subject and sheds new and important light on the plight of women in some of the world’s most competitive lineups.

From today’s modern world champions, to unlikely early innovators such as famed early 20th century mystery writer Agatha Christie, to Marilyn Monroe, who was somewhat of a regular at Malibu for a period, to local heroes including Capo Beach icon Joyce Hoffman, this is a story that’s never been fully told from beginning to end.

“From magazine articles to photos, women simply weren’t portrayed the same way as men in the surf media, and while that’s been changing in recent years, it’s critical that we know where we’ve been so we can better appreciate and understand where we’re going,” Kempton said.

Women on Waves, published by Simon & Schuster, is currently available for pre-order and goes on sale July 6.

“There’s a lot in there, and like any history, people will get out of it what they want,” Kempton said. “But like I said, it’s an important story that has never been fully told, and there couldn’t be a better time than right now to share with the world all the amazing accomplishments from these incredibly brave, strong women.”