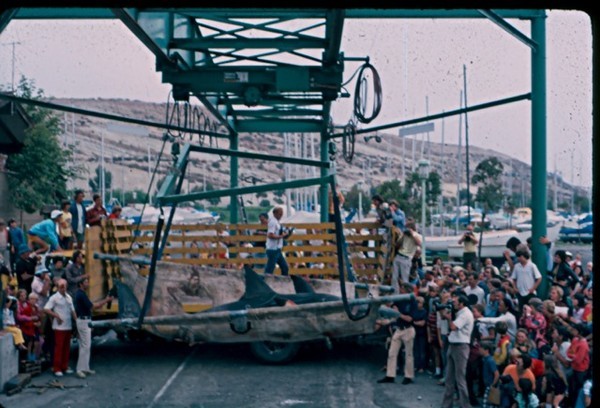 As of late, there have been several shark sightings off the coast. They included several varieties, but the news catcher happens to be the great white shark.

In January, a 6-foot Great white was hooked reportedly at the San Clemente pier. After making it to the surface, the shark broke the line and was free. Then in April, fishing off Dana Point, a kayaker caught a leopard shark.

The great white shark can grow up to 20 feet in length, and weighs about 4,300 pounds. The world population is estimated at 3,500. It is considered a vulnerable species and may be considered endangered worldwide someday. But in California, they were added to the list through the California Endangered Species Act in 2013. Despite the 1973 movie Jaws depicting the great white as a man eater, humans are not targeted. But that may not be comforting to the over 300 people who have been attacked to date with 80 deaths worldwide.

That would include Robert Rebstock of San Marino who was scuba diving near Santa Barbara when a great white shark bit into his leg back in 1975. A death was reported in 1984 during a string of attacks north of Half Moon Bay.

But in 1976, a great white shark became a big deal in Dana Point. On a sword fishing trip between Dana Point and Catalina Island, a group of fishermen caught a huge great white. It measured 18.5 feet, and was estimated to weigh about 4,000 pounds. It was spotted by an accompanying plane and was captured after a 10 hour fight. It was harpooned twice by Captain Hans Weeren and Larry Masur. It was shot with a .44 magnum and a 30.06 rifle. As it got closer to the boat the shark tried its best to attack it. Towing the shark, the fishing boat Comanche tied up near Dana Wharf Sport Fishing, while checking on its disposition. Still active during this time, it would thrash its tail rocking the boat.

A group of scientists from Scripps Institution of Oceanography and a team from Sea World of San Diego showed up. Sea World stated it would pay $6,500 for the trophy.

To get it to San Diego, the shark was taken over to the shipyard where a sling was used to lift the shark up by crane and put on a flatbed truck packed in ice for the trip south.

As it turned out, this was not the first time this pair of shark hunters had done this.  In the previous year, they had brought in several other great whites, one at 12 feet and another at 17, all bought by Sea World. At the time, Larry Mansur was quoted as saying he felt Sea World wouldn’t need any more for a while.

On a side note, Larry’s brother, John Mansur, own’s John’s Fish Market in Dana Point Harbor. He has lots of varieties of fresh fish on display, but no great white sharks.

Note: The use of plane spotters for swordfishing was made illegal in June 1976.

Carlos N. Olvera is Chair of the OC Historical Commission, and councilman of Dana Point.